War with China! Another Bright Idea from the Yankee Capital
Fred Reed • December 12, 2021
• 2,300 Words • 160 Comments • Reply
Discussions of war with China over Taiwan often assume a short, regional war won by superior American technology, after which things go on approximately as before. A few observations: First, overconfidence is an occupational disease of militaries and militarists. Wars very often fail to proceed according to the expectations of the aggressors and not infrequently... Read More

A Military Solution to a Commercial Problem
It Probably Ainât Gonna Work Much Longer
Fred Reed • September 8, 2021
• 1,500 Words • 272 Comments • Reply
In pondering Washingtonâs new toy, a cold war against China, one sees a pattern. Chinaâs approach to influence and prosperity is commercial and longsighted. This does not mean that the Chinese are warm and fuzzy, only intelligent. They advance their interests while turning a profit, which wars donât. China invests heavily in the infrastructure, both... Read More

How Taiwan Will Fall Into Beijingâs Lap, Like an Overripe Mango
by Alfred Thayer Fred, a True Son of Tsu
Fred Reed • July 31, 2021
• 1,600 Words • 648 Comments • Reply
I will now explain war, or some of it. If you wonder how some mutt in Mexico with a computer thinks he knows about strategy, well, look at what we have in Washington. How could I be worse? In geopolitical circles, blather swirls over whether the United States can defend Taiwan against a Chinese invasion... Read More 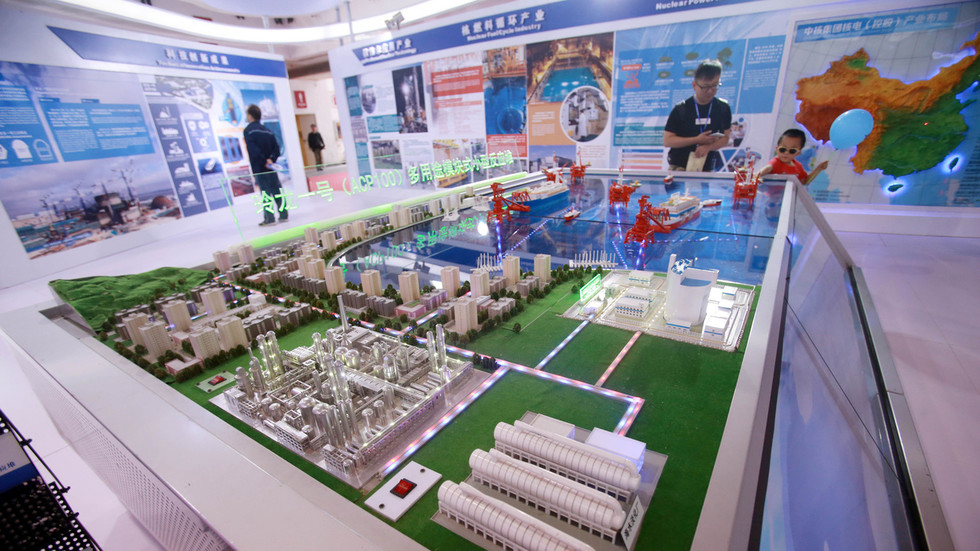 Watching China: Anatomy of a Suicide
Fred Reed • July 15, 2021
• 1,600 Words • 676 Comments • Reply
Technological advance in China is rapid, broad in scope and, one might suppose (apparently) incorrectly, of interest to Americans. It is also easily discovered. Subscriptions are not all that expensive to Asia Times, NikkeiAsia, the South China Morning Post, and Aviation Week. The web is awash in tech sites covering everything from operating systems for... Read More

A Dolorous Imbalance
America Makes Aircraft Carriers, China Makes Money
Fred Reed • May 11, 2021
• 1,700 Words • 381 Comments • Reply
First, America increasingly relies on strong-arm tactics instead of competence. For example, in the de facto 5G competition, Washington cannot offer Europe a better product at a better price, so it forbids European countries to buy from China. The US cannot compete with China in manufacturing, so it resorts to a trade war. The US... Read More

War with China? What Fun!
Iâd Rather Be Ruled by Brain-Damaged Twelve-Year-Olds
Fred Reed • April 3, 2021
• 1,200 Words • 711 Comments • Reply
There is no limit to misjudgement. If the psychic curiosities in the Federal bunker start a war with China, or push Beijing into starting one, it will be blamed on a proximate cause, such as a collision of warships after which some lieutenant who joined on waivers lost it and opened fire. After all, historians... Read More

Dispatches from the New Cold War
Fred Reports from Foxhole
Fred Reed • March 4, 2021
• 1,600 Words • 469 Comments • Reply
Todayâs characteristically luminous insights will be disordered and structurally horrifying, the sort of essay that would have sent my high-school English teacher into anaphylactic shock. In exculpation I plead laziness. Recently I wrote a column on Chinaâs digital yuan, now in late-stage testing. Bare-bones explanation: You download a digital-wallet app with which you can then... Read More

China: A Cold Shower
Itâs only a lump. It will probably go away.
Fred Reed • November 29, 2020
• 2,400 Words • 592 Comments • Reply
In a sort of distributed Ouija board enterprise, intellectuals these days predict the likely evolution of relations between China and America. These authorities do not wallow in consistency. China will take over the world. Alternatively, China will collapse because of a surfeit of men, because the different linguistic regions will become independent, because their debt... Read More

China and the Washington Oscars
Fred Reed • September 19, 2020
• 1,300 Words • 805 Comments • Reply
As the presidential debates approach, and our grotesque candidates prepare to compete for Best Actor, with their supporting casts of pollsters, advance men, media shills, gestures coaches, focus groups, and allied technicians of mendacity, Americans of broad historical illiteracy, which is most of them, hear endlessly of the evils of China. Whether the evils exist... Read More

China and America: Scoping Out the Megacepts
Fred Reed • February 7, 2020
• 1,500 Words • 153 Comments • Reply
Today, regarding China and America, we will have Thought Most Potent, adequate to lube a diesel, curdle milk, or seal a driveway. Whole departments of international studies will close their doors in despair. Ha. Why, we ask, does it seem that the Middle Kingdom advances speedily on so many fronts, while the US doesnât? The... Read More

Stuyvesant High Versus China Rail
It is Time to Stop Celebrating Inadequacy
Fred Reed • June 6, 2019
• 1,400 Words • 266 Comments • Reply
China has an upcoming maglev train that will run at 373 miles an hour. By comparison, the United States increasingly looks like a country from an earlier age. Pop Quiz: Was this train engineered (a) by heartwarming, puzzled, oppressed, suffering, agonized minorities who ought to be making pizzas, or (b) by the brightest people China... Read More

Yesterdayâs Country
Not to Worry, They Canât Innovate
Fred Reed • April 17, 2019
• 1,300 Words • 591 Comments • Reply
For many years the United States has regarded itself as, and been, the worldâs technological leader. One can easily make a long and impressive list of seminal discoveries and inventions coming from America, from the moon landings to the internet. It was an astonishing performance. The US maintains a lead, though usually a shrinking one,... Read More

China Overrated by Right-Wing Kooks
These Crazies Are Just Like Hitler
Fred Reed • January 6, 2019
• 1,200 Words • 310 Comments • Reply
One often sees the silly assertion by right-wing extremists that feminists, social justice warriors, and other âcranksâ are enstupidating American education. The purpose, according to these fascists, who are just like Hitler, is âto make historically incompetent groups look competent.â The racism in these absurd claims is obvious. In particular such Neo-Nazis say that mathematical... Read More

Comparing China and America
Economies Diverge, Police States Converge
Fred Reed • November 28, 2018
• 1,700 Words • 343 Comments • Reply
I have followed Chinaâs development, its stunning advance in forty years from impoverished Third World to a huge economy, its rapid scientific progress. Coming from nowhere it now runs neck and neck with the US in supercomputes, does world-class work in genetic engineering and genomics (the Beijing Genomics Institute), quantum computing and quantum radar, in... Read More

Cheng Two: More Notes on Two Weeks in China
Fred Reed • November 20, 2018
• 1,200 Words • 212 Comments • Reply
This is my second column on the two weeks that Vi and I just spent in Chengdu, China. It is meant not so much as a travelogue as a snapshot of what is going on in an economic juggernaut. Judging by email from readers, many do not realize the scope and scale of Chinaâs advance.... Read More

Intelligent Design: Two Weeks in Chengdu and Environs
Fred Reed • November 12, 2018
• 1,400 Words • 325 Comments • Reply
Vi and I have just returned from Chengdu, a Chinese village of seventeen million and the gateway to Tibet. Since China is of some interest to the US these days, I thought a description of sorts, actually more in the nature of a disordered travelogue, might be of interest. I hadnât been to the country... Read More

The China-US Arms Race
If One Arm is Right, the Other Will Be Left, No?
Fred Reed • May 18, 2017
• 600 Words • 91 Comments • Reply
This worthy and public-spirited column seldom dives into the thickets of military hardware, which it regards as excessively technical. However, the arms race between China and Washington is of enough gravity that its more exotic armaments may be of interest. Herewith, the truly dangerous weaponry of the contending sides. C-919 A Chinese narrow-body intended to... Read More
"China/America" Items Across Entire Archive