The United States of Americaâs Doll House
A Vast Tapestry of Lies and Illusions
Edward Curtin • February 3, 2020
• 6,000 Words • 116 Comments • Reply
This is an updated and revised version of the full cover-story that appeared in the important publication, garrison: The Journal of History and Deep Politics, Issue 003. Issue 004 is due out this week and I urge readers to purchase it. You will read articles there that you will find no place else, brilliant, eye-opening... Read More

The Art of Doublespeak: Bellingcat and Mind Control
Edward Curtin • December 10, 2019
• 2,700 Words • 189 Comments • Reply
In the 1920s, the influential American intellectual Walter Lippman argued that the average person was incapable of seeing or understanding the world clearly and needed to be guided by experts behind the social curtain. In a number of books he laid out the theoretical foundations for the practical work of Edward Bernays, who developed âpublic... Read More

Unspeakable Memories: the Day John Kennedy Died
Edward Curtin • November 22, 2019
• 2,800 Words • 8 Comments • Reply
There is a vast literature on the assassination of President John F. Kennedy, who died on a November 22nd Friday like this in 1963. I have contributed my small share to such writing in an effort to tell the truth, honor him, and emphasize its profound importance in understanding the history of the last fifty-six... Read More 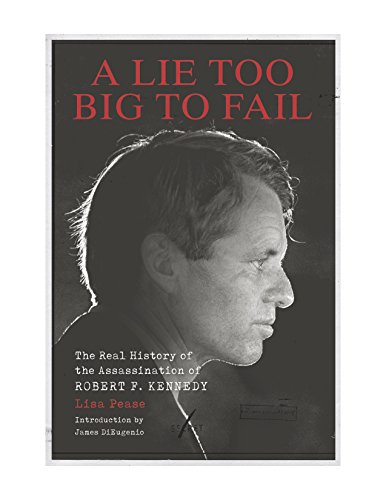 The CIA Takeover of America in the 1960s Is the Story of Our Times
A Lie Too Big To Fail: The Real History of the Assassination of Robert F. Kennedy, by Lisa Pease
Edward Curtin • April 2, 2019
• 2,900 Words • 177 Comments • Reply
When Senator Robert Kennedy was assassinated on June 5, 1968, the American public fell into an hypnotic trance in which they have remained ever since. The overwhelming majority accepted what was presented by government authorities as an open and shut case that a young Palestinian American, Sirhan Sirhan, had murdered RFK because of his support... Read More

The CIA Then and Now: Old Wine in New Bottles
Edward Curtin • January 31, 2019
• 3,100 Words • 74 Comments • Reply
âAnd as the flames climbed high into the night To light the sacrificial rite I saw Satan laughing with delight The day the music diedâ â Don McLean, âAmerican Pieâ The Nazis had a name for their propaganda and mind-control operations: weltanschauungskrieg â âworld view warfare.â As good students, they had learned many tricks of... Read More