All Power to the Banks!
The Winners-Take-All Regime of Emmanuel Macron
Diana Johnstone • May 22, 2017
• 3,000 Words • 28 Comments • Reply
A ghost of the past was the real winner of the French presidential election. Emmanuel Macron won only because a majority felt they had to vote against the ghost of âfascismâ allegedly embodied by his opponent, Marine Le Pen. Whether out of panic or out of the need to feel respectable, the French voted two... Read More

Collateral Damage
U.S. Sanctions Aimed at Russia Strike Western European Allies
Diana Johnstone • July 28, 2017
• 1,600 Words • 74 Comments • Reply
Do they know what they are doing? When the U.S. Congress adopts draconian sanctions aimed mainly at disempowering President Trump and ruling out any move to improve relations with Russia, do they realize that the measures amount to a declaration of economic war against their dear European âfriendsâ? Whether they know or not, they obviously... Read More

The Tragedy of the Cheminots
The Deep Meaning of the French Railroad Strikes
Diana Johnstone • April 21, 2018
• 1,700 Words • 90 Comments • Reply
The current series of railroad strikes in France are portrayed in the media as âlabor unrestâ, a conflict between the government and trade union leaders, or as a temporary nuisance to travelers caused by the self-interest of a privileged category of workers. In Anglo-American media, there is the usual self-satisfied tongue-clicking over âthose cheese-eaters, always... Read More

Antifa or Antiwar: Leftist Exclusionism Against the Quest for Peace
Diana Johnstone • May 21, 2018
• 2,400 Words • 90 Comments • Reply
CounterPunch has astonished many of its old fans by its current fundraising ad portraying the site as a prime target of Russia hostility. Under the slogan, âWe have all the right enemiesâ, CP portrays itself as a brave little crew being blown off the water by an evil Russian warship out to eliminate âlefty scum.â... Read More

Italy: the Center Cannot Hold
Diana Johnstone • June 1, 2018
• 2,700 Words • 81 Comments • Reply
For a generation, acceptance of the neoliberal doctrine âthere is no alternativeâ has paralyzed politics in the West. If there is no alternative, what is politics to be about? The Authoritarian Center The traditional governing parties, center âleftâ and center ârightâ all follow the same neoliberal policies and constitute the self-designated âcenterâ. Mainstream media enforce... Read More 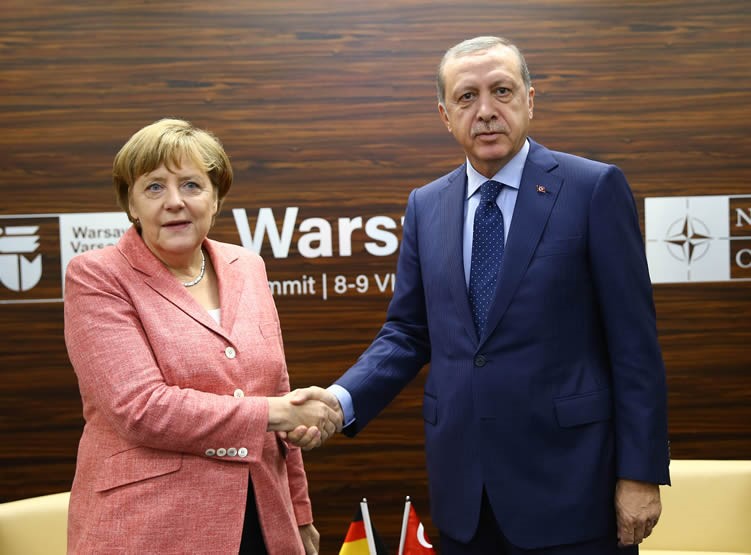 Immigration Divides Europe and the German Left
Diana Johnstone • June 19, 2018
• 2,600 Words • 106 Comments • Reply
Freedom of movement is the founding value of the European Union. The âfour freedomsâ are inscribed in the binding EU treaties and directives: free movement of goods, services, capital and persons (labor) among the Member States. Of course, the key freedom here is that of capital, the indispensable condition of neoliberal globalization. It enables international... Read More

Mass Dementia in the Western Establishment
Diana Johnstone • July 20, 2018
• 1,600 Words • 162 Comments • Reply
Where to begin to analyze the madness of mainstream media in reaction to the Trump-Putin meeting in Helsinki? By focusing on the individual, psychology has neglected the problem of mass insanity, which has now overwhelmed the United States establishment, its mass media and most of its copycat European subsidiaries. The individuals may be sane, but... Read More

Unipolarism Versus Multipolarism
The Real Russian Interference in U.S. Politics
Diana Johnstone • August 25, 2018
• 2,900 Words • 26 Comments • Reply
The Cold War between the United States and the Soviet Union was ostensibly a conflict between two ideologies, two socio-economic systems. All that seems to be over. The day of a new socialism may dawn unexpectedly, but today capitalism rules the world. Now the United States and Russia are engaged in a no-holds-barred fight between... Read More

The New York Times as Iago
Undermining Peace Efforts by Sowing Suspicion
Diana Johnstone • September 7, 2018
• 1,300 Words • 95 Comments • Reply
The New York Times continues to outdo itself in the production of fake news. There is no more reliable source of fake news than the intelligence services, which regularly provide their pet outlets (NYT and WaPo) with sensational stories that are as unverifiable as their sources are anonymous. A prize example was the August 24... Read More

Disobedient Hungary: from the Soviet to the European Union
Regime Change in Budapest?
Diana Johnstone • September 17, 2018
• 1,800 Words • 161 Comments • Reply
CNN recently discovered a paradox. How was it possible, they asked, that in 1989, Viktor Orban, at the time a Western-acclaimed liberal opposition leader, was calling for Soviet troops to leave Hungary, and now that he is Prime Minister, he is cozying up to Vladimir Putin? For the same reason, dummy. Orban wanted his country... Read More

Les Gilets Jaunes â A Bright Yellow Sign of Distress
Diana Johnstone • December 3, 2018
• 3,300 Words • 438 Comments • Reply
Every automobile in France is supposed to be equipped with a yellow vest. This is so that in case of accident or breakdown on a highway, the driver can put it on to ensure visibility and avoid getting run over. So the idea of wearing your yellow vest to demonstrate against unpopular government measures caught... Read More

French Democracy Dead or Alive?
The Gilets Jaunes in 2019
Diana Johnstone • January 11, 2019
• 2,300 Words • 189 Comments • Reply
Paris, France, 9 January 2019 French Democracy Dead or Alive? Or perhaps one should say, buried or revived? Because for the mass of ordinary people, far from the political, financial, media centers of power in Paris, democracy is already moribund, and their movement is an effort to save it. Ever since Margaret Thatcher decreed that... Read More

Foul Murder of Another Nationâs Hero
An American Disgrace
Diana Johnstone • January 4, 2020
• 500 Words • 8 Comments • Reply
The criminal assassination of General Qassem Soleimani was not only an act of war, it was an act of low treachery and crass stupidity. Among the self-justifying lies, leaders of the perpetual war regime in Washington claim that locating the targeted military leader was a brilliant accomplishment of U.S. intelligence. Not at all! The Lebanese... Read More
"Foreign Policy" Items Across Entire Archive
PastClassics