Show by ⇅ Follow @akarlin88
Classics
Features
BlogAnatoly Karlin Archive
/
Julian Assange
BlogAnatoly Karlin Archive
/
Julian Assange
◄►Bookmark◄❌►▲ ▼Toggle AllToC▲▼Add to LibraryRemove from Library • BShow CommentNext New CommentNext New ReplyRead More
ReplyAgree/Disagree/Etc. More... This Commenter This Thread Hide Thread Display All Comments
AgreeDisagreeThanksLOLTroll
These buttons register your public Agreement, Disagreement, Thanks, LOL, or Troll with the selected comment. They are ONLY available to recent, frequent commenters who have saved their Name+Email using the 'Remember My Information' checkbox, and may also ONLY be used three times during any eight hour period.
Email Comment Ignore Commenter Follow Commenter
Will Ecuador Protect Assange from the Empire?
Anatoly Karlin • June 20, 2012
• 1,100 Words • 16 Comments
So Assange has fled to the Ecuadorian Embassy in London, in scenes reminiscent of what happens to dissidents in truly authoritarian countries. (The parallels keep adding up don't they). Let's recap. His site kept releasing classified documents, from secretive and typically nasty organizations. Too bad that some of them belonged to the Pentagon and the... Read More
Modern Britain In Four Extradition Cases
Anatoly Karlin • June 29, 2012
• 300 Words • 1 Comment
Imagine you're a British extraditions judge and you are asked to rule on the following cases. (1) An oligarch exile who came from a country where he might well have ordered contract murders and is now loudly and implacably opposed to its new President who dispossessed him of his political influence. Although the British establishment... Read More
Assange Should Have Picked the Russian Embassy
Anatoly Karlin • August 16, 2012
• 300 Words • 23 Comments
UK police descend on Assange's embassy refuge.
I Don't Care About Bradley Manning
Anatoly Karlin • February 28, 2013
• 400 Words • 8 Comments
No matter how you look at it, he is a traitor. He violated the UCMJ. Although he is free to make ethical arguments as to why he leaked Collateral Murder and the US Embassy cables, the US is fully within its rights to prosecute him. I'm quite consistent about this: Treason is a punishable offense,... Read More

"Assange Should Have Picked the Russian Embassy." But He Did.
Anatoly Karlin • April 11, 2019
• 1,200 Words • 287 Comments
Map of how often countries vote with the US at the UN. One of your first, more elementary considerations should be that your target country would actually be willing to give you political asylum. This rules out pretty much the entire West, and America's various vassal states in the Third World. This is the relatively... Read More
Navalny's No.2 Leonid Volkov Gloats About Assange's Arrest
Anatoly Karlin • April 12, 2019
• 300 Words • 25 Comments
Leonid Volkov is Navalny's long-standing campaign manager. Translation: "A day of good news: Al-Bashir and Assange have overstayed their welcome, both are in need of a court, and neither deserve a drop of pity." One problem of Russian liberals from Novodvorskaya down to Navalny is that they are not so much liberals as American stooges*.... Read More
Some Follow-Up Comments on Assange
Anatoly Karlin • April 13, 2019
• 1,400 Words • 57 Comments
My post about how it is very likely that Julian Assange sought asylum in the Russian Embassy before being refused has met some criticism, as well as outright allegations of making things up and being a Russophobe CIA troll. Consequently, I feel the need to clear up a few issues. Am I a lying homosexual... Read More
"Julian Assange" Items Across Entire Archive 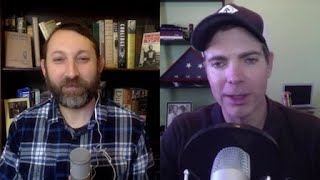