Zafar Bangash argues that since the founding of Pakistan in 1947 its leadership has blundered from crisis to crisis âlike a corner drunkââand the current catastrophe, brought on by corrupt leaders complicit in the anti-Imran Khan coup, is one of the all-time worst. His article offers an uncommonly blunt synopsis of the history of Pakistan, leading up to the recent coup by external forces (think US-IMF) and their internal collaborators: âWhen Imran Khan tried to chalk out an independent foreign policy by reclaiming some political space, a motley collection of criminals, murderers and money-launderers was cobbled together and placed in power by the army. Its claims to âneutralityâ find few takers.â Wait a minute! Would the CIA and its IMF friends really overthrow a government with the help of local army generals alongside âcriminals, murderers and money-launderersâ? That, of course, is a rhetorical question.

Zafar Bangash is Director of the Institute of Contemporary Islamic Thought, and president of the Islamic Society of York Region, a suburb of Toronto. His articles regularly appear regularly at Crescent-Online.net, the best Muslim current-affairs publication in English. 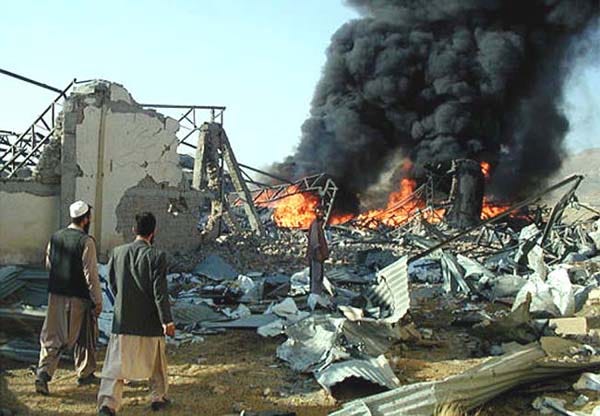 The Pashtun Will Outlast All Empires, But Can They Hold Afghanistan's Center?
Pepe Escobar
• 51 Comments • Reply
← Coincidence or Conspiracy: What Are the...Gerald Sussman on "Russia-Ukraine Confl... →
Hide 6 CommentsLeave a Comment
"Zafar Bangash on "Pakistanâs Unending Political Crisis""
• 6 Comments
Commenters to Ignore
Commenters to ignore (one per line)

← Coincidence or Conspiracy: What Are the...Gerald Sussman on "Russia-Ukraine Confl... →
Current Commenter
says:
Current Date at Time Now
Leave a Reply - Comments on articles more than two weeks old will be judged much more strictly on quality and tone
Cancel Reply
Commenting Disabled While in Translation Mode