This interview was originally broadcast September 15, 2017

Why does the Western mainstream incessantly demonize Putin and Russia? Guy Mettanâs Creating Russophobia offers a detailed and convincing answer. Mettan begins by listing the many incidents and issues that have been wildly misreported (with massive anti-Russia spin at best, outright lies at worst) in the West. Having established the existence of such strong prejudice against Russia, he argues that the roots of this unfortunate attitude go back roughly 1,000 years. Like Islamophobia, Russophobia is an age-old Western prejudice with a religious basis: It goes all the way back to the Great Schism between the Eastern and Western Christianity. And like Islamophobia, Russophobia seems to stem from a certain narrow-mindedness, fanaticism, refusal to see the Otherâs point of view, and desire for absolute domination that lurks in the dark heart of that imaginary construct we call âthe West.â

Today, Mettan argues, the modern histories of French, German, and British Russophobias have converged in, and been subsumed by, an American-dominated Russophobia whose hallmark is a kind of Orwellian âcognitive manipulationâ based on linguistic subterfuge. This US-led demonization of Russia via newspeak, Mettan says, uses âreadymade language elementsâ such as those laid out in the notorious âIsrael Project 2009. Global Language Dictionary,â a hasbara manual for Zionist propagandists.

Is there any hope for peaceful coexistence with Russia, given the Russophobic forces currently in command? Perhapsâ¦if we make an all-out effort to amplify the voices of sanity. Guy Mattanâs is one of the most important of those voices.

Kevin Barrett: The discourse has really changed since the Cold War. I grew up during the Cold War, and I remember that our enemy was the godless communists. So basically we were fighting people because they werenât religious enough. They were anti-religious and we were the religious ones. But today we in the West are the non-religious ones who are fighting the people who are too religious. The Muslims are the most obvious example of the people who are supposedly too religious. But it seems that thereâs a sort of subtle message in the mainstream media that the problem with Russia now isnât that theyâre communist and godless and anti-religious. Now the problem is maybe they are too religious, and they donât like having pussy rioters tearing up their cathedrals. So like the Muslims theyâre too religious. And itâs very strange how this has changed over my lifetime.

Guy Mettan: You know, what is interesting is the use of propaganda developed by the Europeans into the modern means of propaganda that appeared in France in the late 18th century and thereafter in Great Britain, Germany, and now the United States. It is based on geopolitical grounds. Western Europe was always trying to conquer the rest of the world, the Islamic world at first, then Africa, Asia, Latin America. Beginning in the 18th century and into modern times, religion was not so important. And especially during the communist era. There was the secularization of society. But whatâs interesting is that anti-communist propaganda during the Cold War against Russia used exactly the same terms as the pope and then the kings used against Russia in the Middle Ages, and again in the 18th and 19th centuries.

There are two main prejudices. First, âRussia is an authoritarian, despotic state.â So the 18th century used despotism. During the communist era it was totalitarianism. And now against Putin, itâs authoritarianism; heâs not democratic. So thatâs the first prejudice.

Secondly: âRussia is intrinsically, is essentially, in its spirit, in its soul, an imperialist country. Russia tries throughout the centuries to invade and conquer poor Western Europe.â Which is quite false, quite incorrect. Because historically it was always the Europeans who tried to invade Russia. It was the Poles, for instance, in the beginning of the 17th century, who conquered Moscow. After that it was Napoleon, the French emperor, who invaded and burned Moscow in 1812 and 1813. Then after that it was Germanyâs Hitler who invaded Russia with partial success. So if we look at history, the Western powers have always used the same arguments blaming Russian authoritarian, despotism, totalitarianism and imperialism. But they are not trueâ¦

â¦In the years following the successes against Napoleonâthe Battle of Waterloo and the conquest of Viennaâthe British, while trying to make peace with France and the other countries of Europe, reversed their policy and started to consider Russia an enemy. Why? Because after Napoleon and France fell the only two superpowers of the times were Russia on the continent and Great Britain on the sea. For the British it was not bearable, not acceptable, to have a competitor. And that is the reason why, just after 1815, Great Britain changed its mind and changed its ideas vis a vis Russia, and Russia went from a former good ally against Napoleon to an enemy of Great Britain.

And that was the beginning of the Great Game. From this period onward you can see in newspapers like The Times of London and other newspapers, some of them still existing today, how the journalists, the British propagandists, turned their vision of Russia into a very negative one, using the same old argument: âAh, but Russia is dangerous. Itâs an autocracy. The Tsar is an autocrat, he is not democratic, he is a very bad guy. And he maintained the people in serfdom.â

Guy Mettan: Yeah, exactly. If you look at the Times of London newspaper in 1851-1852, the cartoonists are describing the Tsar of the time, Nicholas, like a vampire with big teeth, trying to suck the blood of the poor British people.

Kevin Barrett: Exactly like Putin! You explain in your book that this is where Dracula comes fromâthat Bram Stoker, the author of Dracula, was inspired by this.

Guy Mettan: Itâs quite funny because now the cartoonists use the bear, the bad, bad Russian bear trying to attack the poor European. But in the 19th century it was the vampire. So itâs quite funny. But itâs the same argument. 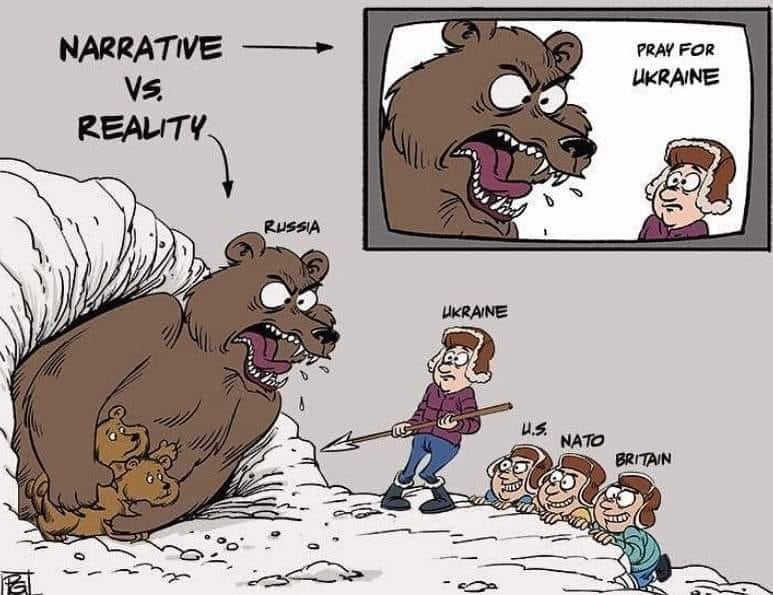 Germania Delenda Est
The Attack on the Pipeline and the Resurrection of the Morgenthau Plan as the Long Arm of Jewish Vengeance
E. Michael Jones
• 449 Comments • Reply
← Andrei Martyanov on Russia-Ukraine & â...Biowar World War 3: Has It Already Star... →
Hide 6 CommentsLeave a Comment
"Guy Mettan on "Creating Russophobia""
• 6 Comments
Commenters to Ignore
Commenters to ignore (one per line)