In this interview bestselling author Daniel Estulin says the fabricated coronavirus crisis is a bankster scam to write off debt and avoid blame for what was already an inevitable global economic collapse:

âWeâve reached the limits to growth. And this is systemic for the entire planet. The entire system is in a state of collapse. So they realized they needed to do something to write off all these debtsâ¦When the system collapses and you have 90% of the planetâs population unemployed, somebodyâs going to have to pay the piper. And the elite donât want it to be them. So they devised a virusâ¦â

Estulin argues that those who manufactured the virus also created a vaccine, which will be unveiled along with a compulsory vaccination program in the not-too-distant future. He expects a major ratcheting-up of the police state, since the bankster elite will need to control a huge mass of increasingly desperate people.

The current crisis, Estulin says, will mark the third great historic shift of the past 1000 years, comparable to the transition from classical civilization to feudalism in the 4th to 6th Christian centuries, and the transition from feudalism to capitalism in the 16th and 17th centuries. He expects a final crisisâa complete economic collapse followed by total chaosâas early as September 2020.

The good news, he adds, is that the US and Chinese elites have an understanding, and there will be no global nuclear war. 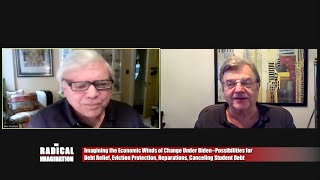