It seems that there are to be no dissenting voices on the twentieth anniversary of 9-11. Even film director Spike Lee was forced by media outcry to edit out of his documentary mini-series the half-hour dedicated to skeptics of the official version of the event. Thus the citizenry has been saved from âa bog of heinously dangerous ideas.â

This phrase comes from Slate.com columnist Jeremy Stahl, for whom the alternative theories of 9-11 are âarguments that have been debunked a thousand times.â This, of course, is nonsense. The debate rages to this day. But as with the issue of vaccination against coronavirus, the mainstream media will not brook the least opposition. Stahl puts great stock, for example, in the âthree-year-long, \$16 million investigation into the collapse of the World Trade Center for the National Institute of Standards and Technology,â as if these numbers and a solemn-sounding agency title could not possibly be challenged. It doesnât seem to occur to him that the U.S. Government is itself the accused party here, and in similar circumstances has been caught fudging facts. The NIST report has actually taken heavy criticism from Architects and Engineers for 9-11 Truth, the most important group pushing alternative theories of the attack.

Why do journalists favor the government version so fiercely? The sheer vitriol of their attacks on Truthers reflects deep personal anger; clearly no Deep State maven stands over them dictating their articles. In theory, the more onerous discoveries of 9-11 investigators — the presence of explosive material in the dust that spread through Manhattan, the dubious cell-phone calls made from the hijacked aircraft, the impossibly high speeds of low-altitude flight by three of the airplanes — should be red meat to reporters. But all of it is ignored, if not ridiculed. What has happened to this âfifth columnâ of democracy?

Before television came along, reporters were hacks: working-class guys who wore their suits poorly and smoked too much. Nowadays they are college grads with masterâs degrees and big ambitions. Their role models are the millionaire voices of CNN and Eyewitness News anchorpersons. The Internet pipsqueaks who have to beg for donations every three months donât have three-car garages and sweet vacations every summer. They may get closer to the truth of issues, but they donât have source lunches on the company dime.

Journalists donât take long to understand which side of the bread holds the butter. They jump at the well-paying jobs, and slowly the resistance to any type of âconspiracy theoryâ builds. They instinctively reject the work of armchair detectives, and on several levels.

First is the theoretical level: reporters ought to be able to ferret out the dirt wherever they see it. But they soon realize they canât: some stories are simply out of bounds. Imagine the journalists — and there must be a great many of them, especially in the New York and Washington areas — who got great tips in the aftermath of 9-11 and saw Pulitzers for the taking. But their editors rubbed their necks and spiked the stories, telling them We are not in the conspiracy business. There is just some news thatâs not fit to print, and reporters must stand at the fence and envy those allowed to cross it into the fertile fields beyond.

Next is the professional level: the armchair guys have scooped them. They are the ones who debunked the governmentâs first hypothesis that the Twin Towers âpancakedâ down; who discovered that the Fox News helicopter had altered the image of the second plane hitting the South Tower; who called out reporters for saying that Building Seven had collapsed before it did.

Then the social level. Journalists, by the nature of their work, achieve a kind of fame. They are the kind of people that others like to brag about living next to. Television journalists are recognized in the supermarket, print ones publish their lofty opinions to thousands of readers. They get front-row seats at a political campaign, and now and then rub elbows with movie stars and billionaires. Reporters are not hacks anymore and would resent the suggestion that they are.

The patriotic level. War brings out the worst in journalists. Among many disheartening stories in Seymour Hersh’s memoir Reporter is that he alone reported in detail on the order by an American general to attack retreating Iraqis at the end of the Gulf War — this when the Iraqis had been promised safe passage back to their country from Kuwait. The result was a veritable massacre of unarmed men. âIt was a reminder of the Vietnam Warâs MGR, for Mere Gook Rule,â Hersh wrote: âIf itâs a murdered or raped gook, there is no crime.â Weeks before his article, the general got wind of Hershâs investigation and impugned his integrity; his comments were published widely. Reporters rally both to the flag and the official narrative, and they donât like seeing either wrinkled.

Even twenty years after 9-11, the patriotic media as one pounced on Spike Lee over his meager half-hour of skepticism, the basic points of which have long ago been circulated and digested by anyone with an interest in the subject. In his article, Stahl worries that the leader of Architects and Engineers for 9/11 Truth, Richard Gage, âhas never had the type of audience that HBO is offering.â He even sent a letter to HBO objecting to Gageâs appearance.

Which brings us to the top level, that of Thought Police; its symbol is the White House Correspondentsâ Dinner, where pundits, reporters and movie stars alike chortle over the presidentâs insider humor. Journalists consider themselves a loose sort of club whose duty is to present a smooth narrative and steer the public away from âdangerous ideas.â And the idea that explosives, placed in the buildings weeks before 9-11, brought down the Twin Towers and Building Seven is very dangerous indeed. 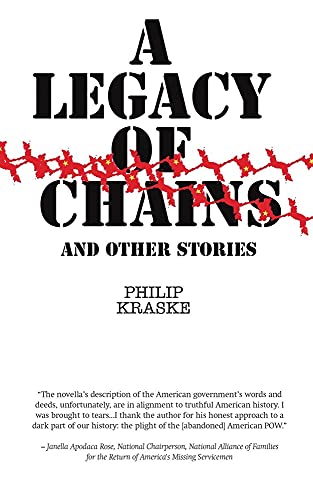 So the journalist throws in his or her lot with the government, which itself enjoys the home-court advantage in foreign and security policy: Americans, rarely interested in either, easily accept the government version of events. The journalist does the math: if he or she opposes the official version, their stories will go straight on the spike and their jobs will quickly follow; or they can not oppose, keep their jobs and make useful contributions in other areas of particular interest to them. I would bet that Spike Lee made a similar calculation when he returned to his editing room.

Hence 9-11 truth, like a lot of other truths, falls by the wayside. And when somebody comes along and picks one up and begins a crusade, journalists loathe him. âGage is responsible for peddling some of the most pernicious and long-running lies about the 9/11 attacks,â writes Stahl. Indeed, his article thunders with the rage typical of commentators who have made it big in Americaâs fraught journalistic landscape.

And having made it big, they are not about to say the system that has set them up with prestige, fame, and a fine lifestyle is full of compromises.

Journalists are conservatives. We cannot depend on them, as CNN reporters nauseatingly aver in their self-congratulatory ads, âto go beneath the surface of a storyâ and âpeel away the layers.â In foreign and security issues, they are fixed like limpets to the storyâs surface — and they hate, they despise those free to dig deeper, and who show them up as frauds. Demystifying 9/11: Israel and the Tactics of Mistake
Alan Sabrosky
• 251 Comments • Reply
← U.S. P.O.W.s Abandoned in âNam
Hide 330 CommentsLeave a Comment
"Why Do Journalists Hate 9-11 Truthers?"
• 330 Comments
Commenters to Ignore
Commenters to ignore (one per line)

Subscribe to All Philip Kraske Comments via RSS
PastClassics