The Pfizer pharmaceutical company beat everyone to the punch by being the first Covid-19 vaccine to be granted Emergency Use Authorization by the FDA. There is an aggressive media and government campaign to â[push] blacks, Hispanics and Native Americans to the front of the [vaccine] line, ahead of whites.â

The Department of Veterans Affairs has apparently determined that these groups will be given priority for receiving the vaccine once it is available, despite the fact that 60 percent of the Covid-19 cases and 61 percent of the deaths among veterans are White (16 percent and 22 percent are Black, respectively).

But Black people have every reason to be profoundly suspicious of Pfizer as Pfizer has a history of doing horrendous medical experiments on Black people for profit. American drug companies routinely hop across borders in Africa, Asia, Eastern Europe and Latin America conducting risky drug experiments with little oversight. This is a legacy of the colonial view of âThe Colony as Laboratoryâ for the Western powers.

Foreign drug trials in the Third World are cheaper, faster, and provide huge pools of human guinea pigs for experimentation with minimal red tape or regulation. In 2006 Rep. Tom Lantos of California, the senior Democrat on the International Relations committee, cited an unconscionable Pfizer case as an example of âlarge pharmaceutical companies, both here and in Europe â¦ using these poor, illiterate and uniformed people as guinea pigs.â 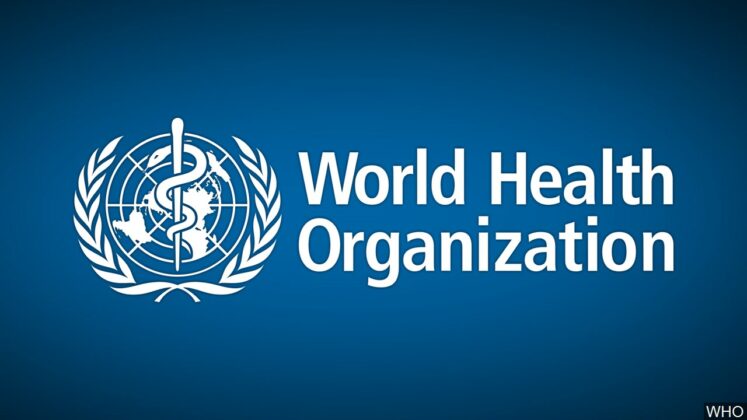 At the beginning of 1996 Pfizer was sitting on a new, potentially billion-dollar blockbuster drug, according to Wall Street analysts. The antibiotic Trovan was not yet approved by the FDA. Pfizer had enrolled thousands of adults in Trovan clinical trials and they wanted to debut the drug as a therapy for bacterial meningitis, but there were a number of problems. There was already an effective treatment for meningitis available, the antibiotic ceftriaxone. But Pfizerâs biggest problem was children.

In order to gain maximum market share and achieve the predicted $1 billion per year from this drug, Pfizer needed to develop an oral form that proved safe for pediatric use. But Trovan had never been tested on children, and in animal models it caused liver toxicity and joint damage. In addition, bacterial meningitis was rare in the U.S. There were thus not enough children suffering from it for a convincing clinical trial. However, as luck would have it, a ready pool of children suffering from the disease had suddenly, coincidentally, and inexplicably become availableâin Africa! 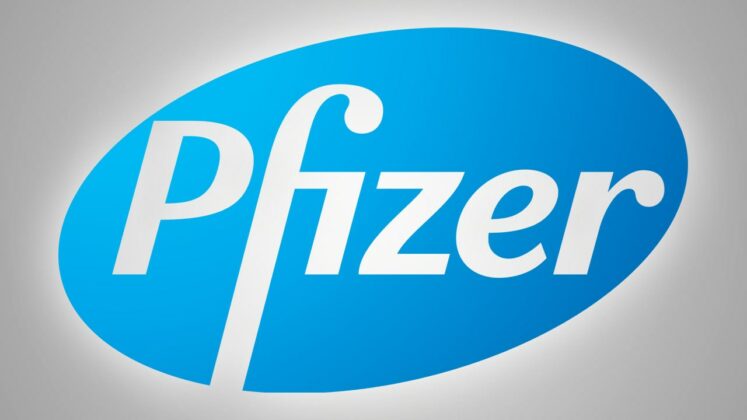 In 1996 an unprecedented epidemic of cerebrospinal meningitis (CSM) erupted oddly in the Muslim half (the north) of Nigeria, the most populous nation in Africa. This was Africaâs worst ever CSM outbreak. Hardest hit was Nigeriaâs largest northern state, Kano. âFor Pfizer, the timing was oddly fortuitous.â Together with the World Health Organization (WHO), Pfizer âvolunteeredâ to help. Vaccines and effective antibiotics were already long in use and could have tamed this epidemic, but curiously these were not made adequately available. It is believed that local health officials were paid off in order to obstruct efforts to halt the epidemic.

Pfizer officials saw in the Nigerian outbreak âa unique opportunity to test their drug without the restrictions of FDA clinical study protocols.â The Pfizer team roared into Nigeria on a chartered DC-9 and roared out five weeks later. But between April 3 and May 15, 1996, Pfizer engaged in an indefensible, illegal medical experiment in Kano using 200 gravely ill Nigerian children as young as 3 years old, who were either given the unapproved experimental drug Trovan or inappropriate doses of the alternative, ceftriaxone. Pfizer never obtained authorization from the federal government of Nigeria to conduct the experiment within its borders and was unable to produce any records documenting that the children or their parents were informed that they were part of an experiment. 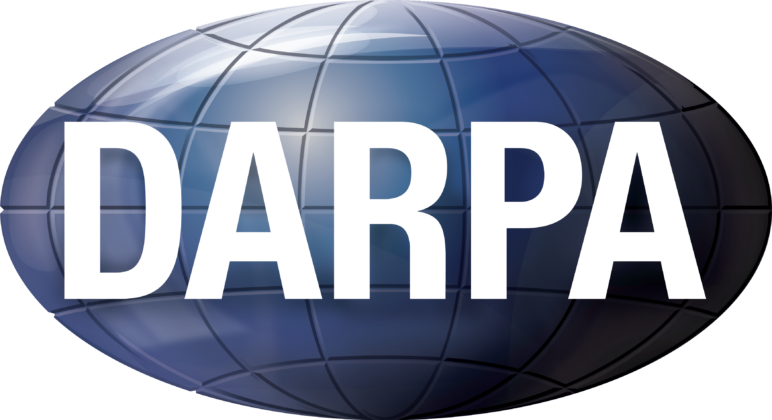 âFor weeks, Pfizer dispensed Trovan to Nigerian children and babies with complete disregard for all scientific research protocols.â A report on the Kano Experiment from a Nigerian federal panel concluded that the experiment violated Nigeran law as well as international law. Pfizer did no long-term follow up on the children and left Nigeria without any significant information about the final health impact of Trovan on this group. We now know that, due to this illegal and unethical experimentation, the children suffered various degrees of adverse effects and long-term disabilities ranging from deafness to muteness, paralysis, brain damage, loss of sight, and slurred speech; 11 died.

The successful operation of Pfizerâs Kano Experiment relied on the corruption of the local health care system. Nigerian healthcare professionals were paid almost double their normal salary to participate in the study. Pfizer hired Nigerian doctor Abdulhamid Isa Dutse to run the Kano Experiment. However, Dutse was chief âonly in name.â Actually, the experiment was directed totally from Pfizerâs U.S. office. Publications on Trovan inaccurately listed Dutse as the lead author, when in fact he was kept in the dark about experiment results; data that appeared in papers with his name on them was actually withheld from him. Later Dutse lamented:

âI have trusted people and am disappointed. I regret the whole exercise, I wonder why on earth I did this.â However, after the Kano Experiment, Dutse ascended to the position of dean of the Kano medical school. Dutseâs role in the Kano Experiment seems analogous to the roles of Nurse Eunice Rivers, scapegoat for the U.S Public Serviceâs infamous Tuskegee Syphilis Study, and possibly of Dr. Kizzmekia Corbett, made the face of Dr. Anthony Fauciâs National Institute of Allergy and Infectious Disease Covid-19 Vaccine today. On October 5, 2020 Dr. Dutse walked into Aminu Kano Teaching Hospital, suffered a cardiac arrest and died.

During a 1997 FDA audit of the Nigerian Trovan trial or âKano Experiment,â Pfizer produced as proof of authorization a fraudulent letterhead document granting clearance for the trial by a Nigerian ethics committee that did not exist at the time. Dutse revealed later that Pfizer instructed him to concoct and backdate the fraudulent ethics committee letter.

In 2007 the state of Kano sued Pfizer for U.S. $2.75 billion, while the Nigerian federal government sued for U.S. $8.5 billion in damages, alleging that the pharmaceutical giant âpretended it came (to Nigeria) to render humanitarian serviceâ but in actuality âPfizer devised a scheme under which it misrepresented and failed to disclose its primary motive in seeking to participate in giving care to the victims of the epidemic.â Nigeria even sought criminal charges against Pfizer officials, including the CEO at the time of the experiment, William Steer. To squash the case Pfizer continued to engage in unethical behavior.

In 2010 a U.S. diplomatic cable uncovered by WikiLeaks revealed that Pfizer hired investigators to look for evidence of corruption against the Nigerian attorney general Michael Aondoakaa in an effort to persuade him to drop the legal action. The cable reported a meeting between Pfizerâs country manager, Enrico Liggeri, and U.S. officials at the Abuja embassy on April 9, 2009, discussing using leaks to the local media to pressure the Nigerian attorney general to drop the cases against Pfizer. This effort failed. In 2011 Pfizer began making payments to the victims involved in the suit as part of a $75 million settlement. In the end, an incredible and unprecedented 12,000 Nigerians died from meningitis in the curious 1996 epidemic, despite the âhelpâ pledged by the WHO and by Pfizer.

Now, that same Pfizer is trialing a brand new, never-before seen experimental vaccine platformâthe mRNA Covid-19 vaccineâand Black people are to be âprioritizedâ in this grand experiment! The innovative and terrifying mRNA vaccine is the brainchild of a secretive Pentagon agency, a military technology R&D operation named the Defense Advanced Research Projects Agency. DARPA, as it is commonly known, âspecializes in turning science fantasies into realitiesâ but for military purposes. DARPA doesnât actually invent things itself.

Instead, it outsources its scientific tasks to universities, military labs and defense contractors, such as Pfizer and Moderna. Pfizer has been an important military contractor for decades, receiving hundreds of millions of dollars to do research and development for the Pentagon, including biodefense contracts as far back as 2013. In that year DARPA awarded Pfizer a $7.7 million contract to innovate the type of mRNA vaccine platform that is now being rolled out in âwarp speed.â DARPA awarded Moderna a similar contract of up to $25 million in 2013 as well. Thus, behind both Pfizerâs mRNA vaccine BNT162b2 and Modernaâs mRNA vaccine mRNA-1273, is DARPA. This Covid-19 vaccine is thus a piece of military technology. And Black people are being invited to cut to the front of the line.

Yeah, we should be deeply suspicious.

This would not be the first time the government would have operationalized mass vaccinations for covert military purposes. In 2012 Secretary of Defense Leon E. Panetta confirmed the CIAâs unethical use of the cloak of public health and medicine to advance a military-intelligence objective by making operational use of vaccination programs. For example, the Taliban of Afghanistan and Pakistan have vigorously opposed polio vaccination campaigns in their lands, charging that the U.S runs a spy network under the guise of these vaccine programs and also sterilizes Muslim children. Neither of these charges are mere âconspiracy theoryâ as they have been proven true.

In 2010 the CIA initiated a clandestine mission to locate (and then kill) Osama Bin Laden in Pakistan through the use of a fake âfree vaccinationâ program targeting Pakistani women and children in areas surrounding Bin Ladenâs presumed hideout. CIA agents recruited senior Pakistani doctor Shakil Afridi to organize a sham hepatitis B vaccination operation and paid generous sums to health workers used in the plot. Nurses would travel from house to house looking for women ages 15 to 45 to cajole into taking their needle. Mothers were paid to vaccinate their children.

But none were given an actual Hep B vaccine. Rather, blood was drawn and then some concoction was injected into them. The aim of this vaccine ruse was allegedly the extraction of DNA from children of Bin Laden to confirm that he was in the area. Spies posing as polio vaccinators got close to Bin Ladenâs home. The clandestine mission was apparently successful and on May 2, 2011 U.S. Navy Seals raided the three-story compound in the suburb of Abbottabad and killed Osama Bin Laden. The Taliban was proved correct to reject the free vaccinations of Western-affiliated campaigns as these campaigns were indeed cover for military/intelligence operations.

Thus, for reasons well beyond Tuskegee, Black people are rightly suspicious of the Covid-19 vaccines being rolled out in âwarp speed.â

Wesley Muhammad holds a Ph.D. in Islamic Studies and is a student minister in the Nation of Islam. He is also a sought after speaker, author, member of the NOI Research Team and the Nation of Islam Executive Council. Follow him on Instagram @wesleymuhammad. This is part one in a series of articles.

Thoughts, Unoriginal But Perhaps of Value, on Brains
To See Why, Just Look Around
Fred Reed
• 379 Comments • Reply
Hide 123 CommentsLeave a Comment
"Why Black People Cannot Trust the Pfizer Vaccine"
• 123 Comments
Commenters to Ignore
Commenters to ignore (one per line)

Subscribe to All Wesley Muhammad Comments via RSS
PastClassics

A Sovereign Iran Will Move Closer to Russia-China
Iran's president-elect will 'Look East' while seeking to exit 'strategic patience' when dealing with the US
Pepe Escobar • June 22, 2021
• 1,200 Words • 60 Comments • Reply