See, earlier, by John Derbyshire: âRacismâ (The Word) Becoming Obsolete Because Of RacismâAnti-White, That Is

Founding stock Americans are now perilously close to becoming a powerless minority ruled over by aliens who cherish a carefully cultivated resentmentânot to say hatredâtowards us. If nothing is done to change the trajectory in which our society is moving, it is hard to see how our children can avoid outright physical persecution.

The hostile elites who rule over us, of course, paint a different picture. Even as they triumphantly celebrate Americaâs growing racial diversity, they are incredulous any whites could imagine their group is being replaced: that is a âconspiracy theory,â perhaps a symptom of mental illness. Nonwhites are, indeed, growing in numbers and power, but somehow, simultaneously, whites are not losing out in any way. Indeed, we enjoy enormous unearned privilege. The real danger to America is white supremacy, a âsinister ideologyâ (Donald Trump), a âdepraved evilâ (Ted Cruz) now said to be on the rise.

The two side in Americaâs looming struggle now live in such different mental universes that communication between them has become almost impossible. One reason for this mutual incomprehension is language. Popular political discourse is filled with expressions meant not to communicate, but to manipulate. 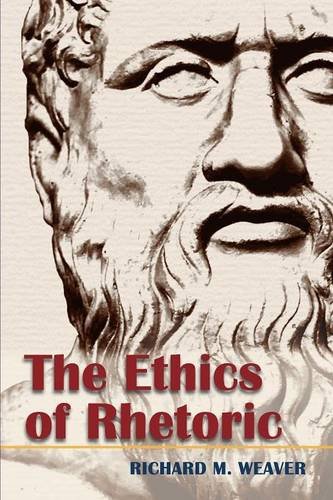 The special character of god terms is to combine highly positive connotations with an absence of clear denotation. Thus, people of directly opposed principles can both appeal to âfreedomâ or âjustice.â They use the same words, but do not refer to the same things. Democracy, e.g., can refer to Periclean Athens, Jacksonian America, or even the communist âpeopleâs democraciesâ set up by Stalin after World War II. Freedom can mean sovereignty and independence, the right to participate in politics, or the absence of state intervention in the market. For Julius Malemaâs Economic Freedom Fighters in South Africa, it means the freedom to seize other peopleâs property.

Devil terms can be even more manipulative and dishonest than god terms. Obvious contemporary examples include âracist,â âwhite supremacist,â âfascist,â and âneo-Nazi.â Past ages had different devil termsâ”heretic,â âatheist,â âcommunist,â etc. The specific words change, but they always combine intensely negative connotations with extreme vagueness of denotation, i.e., they denounce a presumed referent without serving to make clear exactly who it is.

Devil terms are an aspect of demonology, an aspect of any religion or ideology. It provides a way of accounting for the failure of an ideal to be realized. In the Christian Middle Ages, the City of God could never be built on earth because there were literal demons roaming about, forever tempting men into sin. But, while scapegoating by means of devil terms has deep roots in religious demonology, its more immediate predecessor was a utopian political ideology of the last century: communism. 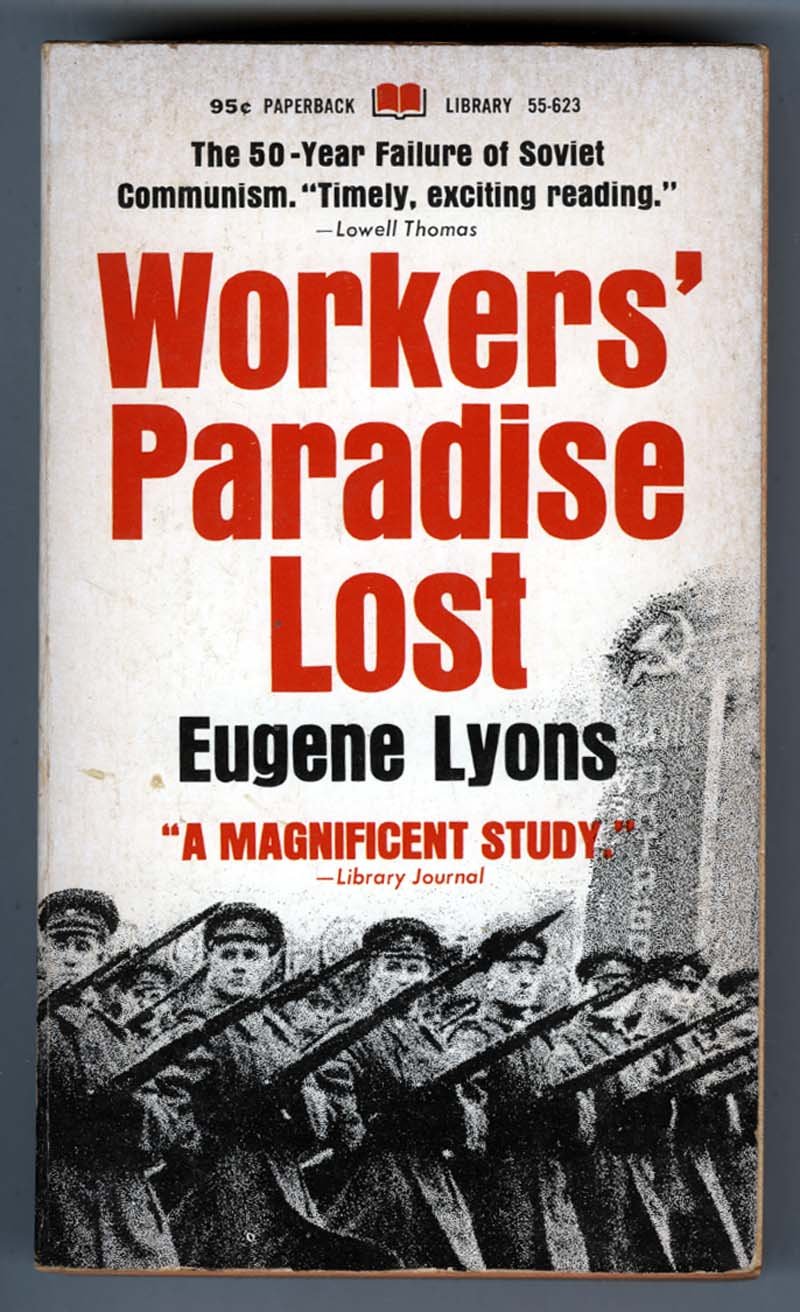 The fantasy of the Workerâs Paradise quickly gave way to a hellish tyranny accompanied by widespread famine. Since Marxism had to be true and Lenin and Stalin were leaders of genius, someone had to be responsible for this failure. Very soon it was discovered that kulaks, wreckers, and enemies of the people were preventing the success of communism. Thousands of real persons were quickly discovered to beâor rather designated asâkulaks, wreckers, and enemies of the people. Those so designated were either shipped off to Siberia or shot; they were helpless to defend themselves, because they were not being accused of any specific act. Devil terms allow the powerful to victimize the innocent precisely through their failure to denote any specific, objectively definable class of people.

Racists and white supremacists populate the demonology of contemporary multiculturalism. They are the heirs of last centuryâs kulaks just as Cultural Marxism is the heir of Marxism-Leninism. In the eyes of todayâs true believers, only white supremacists prevent the emergence of a happy society in which various ethnic identity groups live side by side in mutual esteem, free of conflict.

Of course, nobody goes around with âwhite supremacistâ tattooed to his forehead, but such a class of persons must exist since racial inequality and conflict remain despite decades of cultural Marxist policymakingâand it is simply unthinkable anything might be wrong with that! So the demons must be hunted down and eradicated.

Now, in calling âwhite supremacistâ a devil term, I am not denying that one can find objective definitions of it in dictionaries: typically, âone who believes the white race superior to all others and should rule over them,â or words to similar effect.

But this is not how the word is actually used. When Patrick Crusius killed twenty-two people at a Walmart in El Paso, Texas, he was denounced not just by the Left but also by the Establishment Right as a âwhite supremacist.â Yet his manifestoâsuppressed by most news outletsâcontained no claims about white racial superiority; it did not say whites should rule over other races. The shooter was angry about the Hispanic invasion of the United States.

So the definition-in-use of white supremacist as evidenced by the ritual denunciations of Crusius amounted to âimmigration patriotâânot to what is found in dictionaries. By this definition, a majority of law-abiding Americans are white supremacists, and therefore candidates for eradication.

No wonder so many Americans do not want to give up their guns.

It is not easy to formulate an argument that whites, uniquely among the worldâs peoples, lack any moral right to organize in defense of their interests or to maintain homelands of their own. So our enemies do not, in fact, attempt to formulate such arguments; they simply lie. The lying takes the form of name-calling, and consists in the discrepancy between the dictionary definition and the definition-in-use of devil terms.

Any statement containing terms such as racist or white supremacist is necessarily a lie, the semantic equivalent of a shell game. A wide variety of definitions-in-use can be surreptitiously substituted for the âofficialâ definition.

One should immediately distrust any writer who depends on devil terms: he wants to manipulate his readers, not inform or reason with them. This includes most of our opponents most of the time. Were they deprived of the devil term shell-game, they would have little to say at all.

It would not be easy to defend the dictionary definition of white supremacism either, because it contradicts the principle of reciprocity that is an essential component of justice. If such âwhite supremacistsâ actually existed, they would be advocating the selfish exploitation of others, which they could neither defend nor agree to if imposed on themselves. It was in this sense that Tucker Carlson quite accurately described white supremacy as a hoax.

In reality, recent white advocates have been emphatic about their willingness to let others organize in their interests and maintain exclusive homelands. Indeed, one name that has been suggested for the white racial movement is Euro-Zionism. I have never used this term myself, but one must admit it effectively highlights the double standard maintained by our hostile elites.

I am unaware of any white advocate who has called for the advocacy organizations of others (the NAACP, American Jewish Congress, and the organization formerly known as the National Council of La Raza, etc.) to be shut down. But our opponents do want to forcibly prevent, for example, VDARE.com from holding a conference calling for immigration restrictions similar to those favored by the President himself. Our side accepts the principle of reciprocity; our opponents are the ones who reject it, even as they falsely accuse us of doing so. 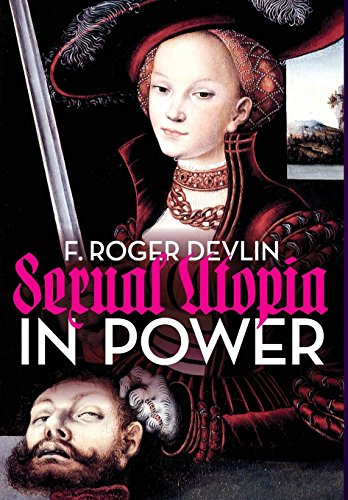 This may be more than mere hypocrisy: it could well be projection. The enemy may accuse us of supremacism because they would dearly like to have supremacyâi.e., unchecked powerâover us.

And this is something which must concern not merely white advocates, but the entire Historic American Nation.

Roger Devlin is a contributing editor to The Occidental Quarterly and the author of Sexual Utopia in Power: The Feminist Revolt Against Civilization.