Democrats Abroad at Johann Strauss memorial not in tune with Trump
◄►Bookmark◄❌►▲ ▼Toggle AllToC▲▼Add to LibraryRemove from Library • BShow CommentNext New CommentNext New ReplyRead More
ReplyAgree/Disagree/Etc. More... This Commenter This Thread Hide Thread Display All Comments
AgreeDisagreeThanksLOLTroll
These buttons register your public Agreement, Disagreement, Thanks, LOL, or Troll with the selected comment. They are ONLY available to recent, frequent commenters who have saved their Name+Email using the 'Remember My Information' checkbox, and may also ONLY be used three times during any eight hour period.
Email Comment Ignore Commenter Follow Commenter
Search Text Case Sensitive  Exact Words  Include Comments
List of Bookmarks

A demonstrator singing Bob Dylanâs âtimes they are a changingâ was warming up the crowd when I arrived at Viennaâs Stadtpark with an invitation from Democrats Abroad to protest against the new US president. One of the few reminders that I was not back on campus in the late 60s was the Johann Strauss statue behind him. I had lived most of the past 50 years abroad and never experienced an established US political party organizing a demonstration against a newly elected president. Especially not within hours after his inauguration!

My own first vote had been in a midterm election, cast through absentee ballot from a jungle clearing somewhere in Vietnam. LBJ, a Democrat who had sent me and other conscripts there, was not popular with us. I was technically too young to vote, though I would reach the eligible age by Election Day. Many if not most in my infantry company were still too young. But like him or not, we were stuck with him for another two years. Those were the time-honored rules.

Trump opponents challenging his legitimacy want to play by the rules they like but not the ones they donât. They donât like the constitutional rule, with us since 1789, requiring other than a nationwide âpopularâ majority to elect a president. Trump supporters tend not to like the Balkanization stemming from the 1965 radically revamped immigration rules that imported tens of millions of future Democrats from the Third World. Those immigrants and their descendents have tended to vote the party pandering most to ethnic identity and most in favor of multiculturalism as opposed to the traditional melting pot model. Yet as much as the 1965 rules helped stack the deck in favor of a popular vote for Hillary Clinton, the wisdom of the immigration rules are questioned but not their legitimacy. If anything, Trump supporters would like government to at least enforce those rules, however badly they need to be revised. The âanti-populist pro-popular voteâ demonstrators showed surprisingly little interest in foreign policy issues. Some fear Trump will unleash a nuclear war. Not only does he owe his election to a minority at home, so the line goes. Trump also owes it to Russian leader Vladimir Putin, whose country is the only nuclear power that could seriously threaten the US. Austrians in general, even those demonstrating, tend to fret less about possible closer US-Russian relations. Much less than Europeâs media establishment or fellow Europeans closer to Russiaâs borders.

At Viennaâs Concordia Press Club days earlier, the Russian ambassador naturally scoffed at the claim that his government interfered with the US election. While welcoming expectations for better US relations, his focus was on why it was in Austriaâs interest to drop the economic sanctions against Russia. Many in Europe are receptive to such a message, especially within the business communities!

In the form of a question, I threw out an idea for ending Ukraine-related NATO sanctions proffered about two years ago by a British PR professional once hired by the late Margaret Thatcher to help sell her own agenda. Itâs the best proposal Iâve heard so far, one designed to save face for some principal actors. Basically, Moscow would offer Kiev financial compensation for its loss of the Crimea in exchange for lifting economic sanctions and for NATO recognition of Russiaâs claim to the peninsula. Moscow would characterize the compensation as a magnanimous gesture, not payment for territory that it considered rightfully Russian. Kiev would no doubt balk, but âpossession is nine-tenths of the lawâ and NATO will clearly not go to war in order to change that. Western leaders would discretely tell Kievâs leadership that a better deal is not to be had. If politically impossible for Kiev to accept, its friends in the West could arrange a more indirect way to shuttle Moscowâs compensation funds to the Ukraine. The costs would quickly be amortized after sanctions are lifted.

The eastern Ukraine, that neither Moscow nor Kiev seem to really want but politically can not relinquish, will continue to be a source of contention. Moscowâs agreement to some sort of a genuine OSCE organized plebiscite in the area might help. But the conflict should not be allowed to get in the way of cooperation with Russia in other areas of far greater interest to NATO, such as the Middle East.

Not surprisingly, Russiaâs ambassador refused to comment on the idea. But he thought Moscow might be open to a suggestion that Austrians host a meeting between Putin and Trump. The compensation proposal could be the kind of deal Trump would be comfortable proposing. Given the unpleasant history of the disastrous JFK-Khrushchev summit in Vienna, the two current presidents, both skiers, might find deal-making even more comfortable in an Austrian resort like KitzbÃ¼hel. Iranian immigrant to Austria wears the banner of the rightwing Freedom Party whose tough immigration proposals he favors.

Europeans are increasingly desperate for an alternative to taking in millions of more migrants from North Africa and the Greater Middle East. Germany and Austria have been begging Maghreb governments like Tunisia to take back citizens illegally living in their countries. Proving that Chutzpah is more of a region-wide phenomenon than Israel-specific, Tunisians have protested the notion that Germany should send them its âgarbage.â They refer to their fellow countrymen like the chap who recently massacred Germans at a Berlin Christmas market. Underscoring Trumpâs observation that the EU is not working well, top German and Austrian leaders wistfully hope that their Brussels colleagues might one day join together in putting collective pressure on migrant-generating countries to cooperate. But many of their domestic political parties object to measures like conditioning development aid on migrant repatriation. This would only increase poverty in those countries and fuel further pressure to migrate, they claim.

Rightwing parties âenergizedâ by Trumpâs victory and receptive to Moscowâs friendly overtures support coercive repatriation of economic migrants. They see cooperation with Russia as essential for the establishment of secure zones beyond Europeâs borders as a deterrent to new mass immigration and a way of dealing with refugees already arrived. As long as an effective force to halt migrant inflows at the EUâs external borders proves evasive, they want the reestablishment of nationally controlled borders within the EU.

Few openly advocate open borders. But nearly all outside the far right parties avoid acknowledging the Ultima Ratio consequence of accepting mass immigration limits: that the state might at some point have to rely on physical force to stop border violations if softer disincentives fail. The success of rightwing parties in Europe has pushed centrist government coalitions to positions closer to their own. The Social Democrat who was Austriaâs chancellor at the start of last year had initially embraced the refugee welcoming line of his German counterpart, Angela Merkel. He resigned months later. His replacement moved the government more toward its center-right coalition partnerâs stricter immigration stance. Merkel too seemed to be following little Austria rather than leading as 2016 drew to a close.

Europeâs political Establishment — parties and media — are in a dither over how to deal with the new American president. But in Germany at least, parliamentarians of all party colors on the TV talk show circuit are agreeing with Trump about the need for EU members to do more for their own security. One also notices a grudging willingness to consider Trumpâs friendlier attitude toward Putin as a way out of the impasse from which few seem to be benefiting.

If Trump-haters can hold their fire long enough, they may see 2017 as a year in which some intractable problems on this side of the pond at last show signs of tempering. 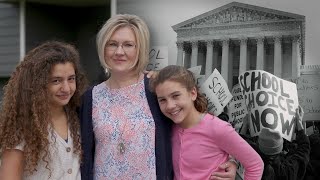