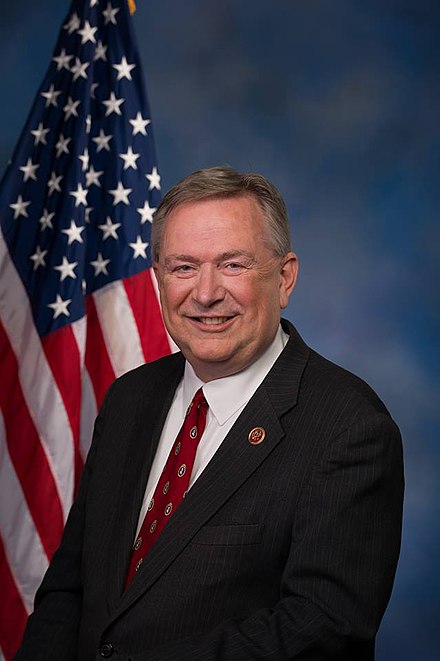 If the hallmark of a Third World country is arbitrary law enforcement, we are already there. Former Congressman Steve Stockman, an immigration patriot and a stalwart of the conservative movement, is serving a ten-year sentence for fundraising crimes, that, even if committed, would typically be punished by far less. The extensive investigation was spearheaded by the same people Stockman exposed for weaponizing the IRS against conservative organizations. In contrast, Democratic officials accused of crimes receive kid gloves treatmentâeven with the supposedly âauthoritarianâ Trump in the White House. The Trump Administrationâs Department of Justice is being slammed for supposedly being âfar-Right,â but itâs not even upholding equal justice against Leftist Deep State bureaucrats.

Stockman has been a thorn in the side of the Republican Establishment but a hero to many grassroots conservatives for years. Heâs strong on immigration (NumbersUSA career grade B) and even bravely challenged current GOP Senator John Cornyn (current NumbersUSA grade F-). He was also something of a proto-Trump in his ability to bait the Left and get them to expose their true beliefs.

However, Stockman took on something far more dangerous than the GOP Establishment when he called for ex-IRS official Lois Lerner to be arrested in 2014 [Stockman pushes for Lerner arrest, by Rachel Bade, Politico, July 10, 2014]. Lerner was the head of the division of the IRS that oversees tax-exempt organizations and had admitted that the government was applying extra scrutiny to conservative groups claiming tax exempt status. She refused to testify before Congress and was held in contempt by the House. However, no charges were filed against her [Lois Lerner Escapes Criminal Contempt Charges After DOJ Finds She Did Not Waive Rights, by Kelly Phillips Erb, Forbes, April 1, 2015].

Needless to say, just attempting to weaponize the IRS in a âdiscriminatory mannerâ formed part of the impeachment charges against President Richard Nixon. But when a Democrat is president, the rules change.

Now the Deep State, the permanent bureaucracy, appears to have gotten its revenge on Stockman. He was targeted by the FBI for supposed fundraising irregularities. According to FBI testimony at his 2018 trial, an agent was brought onto the team to investigate Stockman the same month he called for Lernerâs arrest on Fox News [Retribution by Obama officials keeps courageous congressman in prison, by Rebecca Hagelin, Washington Times, August 4, 2019]. The prosecutor who signed Stockmanâs indictment, Raymond Hulser, was copied on Lois Lernerâs emails [Congressman Stockmanâs Case Is A Dark Omen Of Political Repression To Come, by Patti Stockman, Daily Caller, August 19, 2019]. Itâs also worth noting that Stockman was prevented from even mentioning Lois Lerner at trial.

What did Steve Stockman allegedly do? He supposedly misused checks from two donors to various nonprofits. The alleged crime was hardly open-and-shut, because it revolved around whether certain activities by nonprofits are legally permissible. Much was semantics, such as whether a book written by Stockman counts as âvoter educationâ if it wasnât literally mailed out [The case against Rep. Steve Stockman weakens, by Rachel Alexander, WND, August 5, 2019]. This murky case was all that the government came up with after a four-year, intensive investigation.

Many nonprofit heads and conservative activists recently filed an Amicus Brief defending Stockman, decrying the âdraconianâ sentencing, and arguing âthe Government confused the law governing nonprofit fundraising and campaign finance, and presented its case in a manner that confused the jury.â They also accuse the government of simply piling on charges.

Stockman is a victim of âexemplary punishmentââthe ability of law enforcement to send a message by unusually severe sentencing. The message in this case: donât cross important people.

This is an especially concerning question now that the country has seen how the government can rip through a personâs entire network of associates, as the Department of Justice did during the âRussian collusionâ investigation.

Or, as the lawyer for Paul Manafort said when his client was sentenced for crimes allegedly committed years before Trump ran for president but exhumed by the Mueller Commission: âBut for a short stint as a campaign manager [for Trump], I don’t think we would be here today.”

ConsiderâNational Review reported in 2015 that every for-profit enterprise founded by Al Sharpton has been shut down in at least one jurisdiction for failure to pay taxes [Busted, by Jillian Kay Melchior , February 2, 2015].

The New York Times reported in 2014 the existence of more than \$4.5 million âin current and federal tax liens against [Sharpton] and his for-profit businessesâ [As Sharpton Rose, So Did His Unpaid Taxes, by Russ Buettner, November 18, 2014]. Yet nothing has happened in the years since. Indeed, Sharpton is now a kingmaker within the Democratic Party.

The Clinton Foundation, the activities of which were a major issue in the 2016 campaign, had to refile reports five times after under or over reporting donations in the millions of dollars [Exclusive: Clinton charities will refile tax return, audit for other errors, by Jonathan Allen, Reuters, April 23, 2015]. But there has been very little follow-up by the federal government even after President Trump took office. Needless to say, Hillary Clintonâs astoundingly flagrant violation of security procedures when she was Secretary of State has met with no punishment.

Or consider one of the Democratic partyâs current stars. Rep. Ilhan Omarâs hometown paper, the Minneapolis Star-Tribune, has raised serious questions about whether the congresswoman committed immigration fraud, including marrying her own brother. As Michelle Malkin has noted, if she committed these crimes, she could potentially face prison time and/or serious fines. Ilhan Omar also paid thousands in fines because she filed tax returns stating she was married to one man when she was married to another [Ilhan Omar filed joint tax returns with husband while married to another man, by Amy Forliti, Washington Times, June 11, 2019] And the Minnesota Campaign Finance and Public Disclosure Board found she used campaign funds to pay for personal out-of-state travel expenses [Ilhan Omar violated campaign finance rules, investigation finds, as more questions about tax filings increase, by Gregg Re, Fox News, June 7, 2019]. But she just had to pay a fine.

Yet, at some level, we just know these Democrats wonât face any real consequences. Thereâs no drive from the Department of Justice to âgetâ these figures. And there shouldnât be, especiallyâthe rule of law should be applied equally and not wielded as a political weapon.

But as Steve Stockman learned, the law is already weaponized. The federal government is already using its unlimited money and manpower to destroy targets it doesnât like. President Trump himself barely avoided being ensnared. Heâs clearly not the one in charge.

This even extends to street level activists. Newsmax recently used a clickbait headline to report excitedly that the âDOJ Dusts Off â68 H. Rap Brown Lawâ to Prosecute Antifa,â [by John Gizzi, August 21, 2019]. Yet the article itself contains no evidence of thisâthe only group thatâs been prosecuted at the federal level is the Alt-Right Rise Above Movement. The Department of Justice, nominally controlled by Donald J. Trump, has launched an astonishingly vigorous prosecution of the RAM and anyone affiliated with them for âserial rioting.â Significantly, antifa blogs and Leftist Main Stream Media âjournalistsâ were what triggered the federal investigation.

Similarly, in New York City, two members of the Proud Boys have just been convicted of âattempted gang assault, attempted assault and riotâ for a fight with antifa members that took place in October 2018 [Two members of Proud Boys convicted in New York City brawl with antifa, by Janelle Griffith, NBC News, August 19, 2019]. Amazingly the antifa âvictimsâ did not cooperate with police or testify. The New York Daily News reported the brawl started when antifa hurled a water bottle. Yet apparently there will be no investigation, and no attempt to find out who those people were [Proud Boy gloated about attacking Antifa members in cell phone video: detective, by Shayna Jacobs, New York Daily News, August 6, 2019].

In Portland, there have been no arrests over the vicious assault on Andy Ngoâalthough it was caught on videotape. The mayor claims there will be [Portland mayor confident arrests will be made in journalistâs Antifa assault case, as new threat looms, by Nick Givas, Fox News, August 14, 2019]. Yet is there any reason to believe him?

In 2004, Sam Francis predicted anarcho-tyranny would be the end result of forced multiculturalism. From the courtrooms to the streets, weâre seeing the tragic fruition of his prophecy.