Some patriotic Pole has brought a Battle Flag...
◄►Bookmark◄❌►▲ ▼Toggle AllToC▲▼Add to LibraryRemove from Library • BShow CommentNext New CommentNext New ReplyRead More
ReplyAgree/Disagree/Etc. More... This Commenter This Thread Hide Thread Display All Comments
AgreeDisagreeThanksLOLTroll
These buttons register your public Agreement, Disagreement, Thanks, LOL, or Troll with the selected comment. They are ONLY available to recent, frequent commenters who have saved their Name+Email using the 'Remember My Information' checkbox, and may also ONLY be used three times during any eight hour period.
Ignore Commenter Follow Commenter
Search Text Case Sensitive  Exact Words  Include Comments
List of Bookmarks

Donald Trump received a heroâs welcome in Poland on Wednesday, with a crowd of thousands chanting both his name and the name of our country [Trump Interrupted 6 Times in Poland With a Chant You Might Have Thought Would Only Be Heard in the USA, by Jason Howerton, Independent Journal Review, July 6, 2017]. Critically, the president identified border security as one of the most important issues during his speech, declaring that the will to enforce immigration laws is synonymous with the will to defend Western Civilization. Not surprisingly, the hysterically and openly anti-white, anti-Trump Main Stream Media screamed that the president had delivered an âAlt Right manifestoâ. [Trumpâs speech in Poland sounded like an alt-right manifesto, by Sarah Wildman, Vox, July 6, 2017]

Nothing of the sort of course: Trump merely delivered the kinds of patriotic platitudes which every other generation in history would have taken for granted. However, with many Western nations under de facto occupation by a hostile elite, such common sense comments are revolutionary. More importantly, President Trump finally seems to be going on the attack in the last week, championing the kinds of populist policies which put him in office.

The House Republicans finally seem to be taking some action on the immigration issue, recently passing both Kateâs Law and the No Sanctuary for Criminals Act. The former increases penalties on criminal aliens who attempt to reenter our country and latter cuts funding to cities which refuse to imply with federal immigration laws. Two dozen House Democrats voted for âKateâs Lawâ and Senate Democrats in red states, a number of whom are facing re-election in 2018, will be under pressure to support the legislation in the Senate. [âKateâs Lawâ battle shifts to the Senate, testing Dems, by Jordain Carney and Rafael Bernal, The Hill, July 3, 2017]

The increasing willingness of the Presidentâs team to seek the advice of Senator Tom Cotton, who seems to have succeeded Jeff Sessions as the greatest immigration patriot in the upper chamber, is also an encouraging sign [As Trumpâs Coach, Senator Cotton Provides Policy to Match Rhetoric, by Maggie Haberman and Matt Flegenheimer, New York Times, June 8, 2017]. Most importantly, Trump himself is taking the strategic offensive, championing his success on these issues. [âThese deaths were preventableâ: Trump urges Senate to pass âKateâs Law,â Fox Insider, July 1, 2017]

Of course, the real question is what the Republican Senate Leadership will do. Everything depends on whether Majority Leader Mitch McConnell is willing to put the bills up for a vote and pressure the caucus to vote for them. [Immigration bills face Senate hurdle, by Bill Lambrecht, San Antonio Express-News, July 5, 2017]

And here, again, itâs really not even about McConnell but about Trumpâs own will. While Trumpâs fight with the MSM is amusing and important, ultimately, he needs to put pressure on the leaders of his own party. The battles with CNN and Mika Brzezinski risks distracting from the real policy accomplishments the president poised to secure in the coming weeks [Trumpâs âface-liftâ tweet overshadows week to push immigration, energy policies, by Alex Pappas, Washington Examiner, June 30, 2017]. As leader of the party, he can set the priority and challenge McConnell to put his weight behind the immigration bills.

If Trump indeed has the âwillâ to go through with it, there are the faint outlines how to achieve the political realignment necessary for the United States of America to survive in any meaningful sense. For the first time in many years, there are real splits on the intellectual Left on immigration.

Peter Beinart recently admitted in The Atlantic, âA decade ago, liberals publicly questioned immigration in ways that would shock many progressives today,â citing the legacy of Barbara Jordan among others. While Beinart is far from a born-again immigration patriot, he admitted restrictionists have valid concerns that progressives should heed:

Liberals must take seriously Americansâ yearning for social cohesion. To promote both mass immigration and greater economic redistribution, they must convince more native-born white Americans that immigrants will not weaken the bonds of national identity. This means dusting off a concept many on the left currently hate: assimilation.

[How The Democrats Lost Their Way On Immigration, July/August 2017] 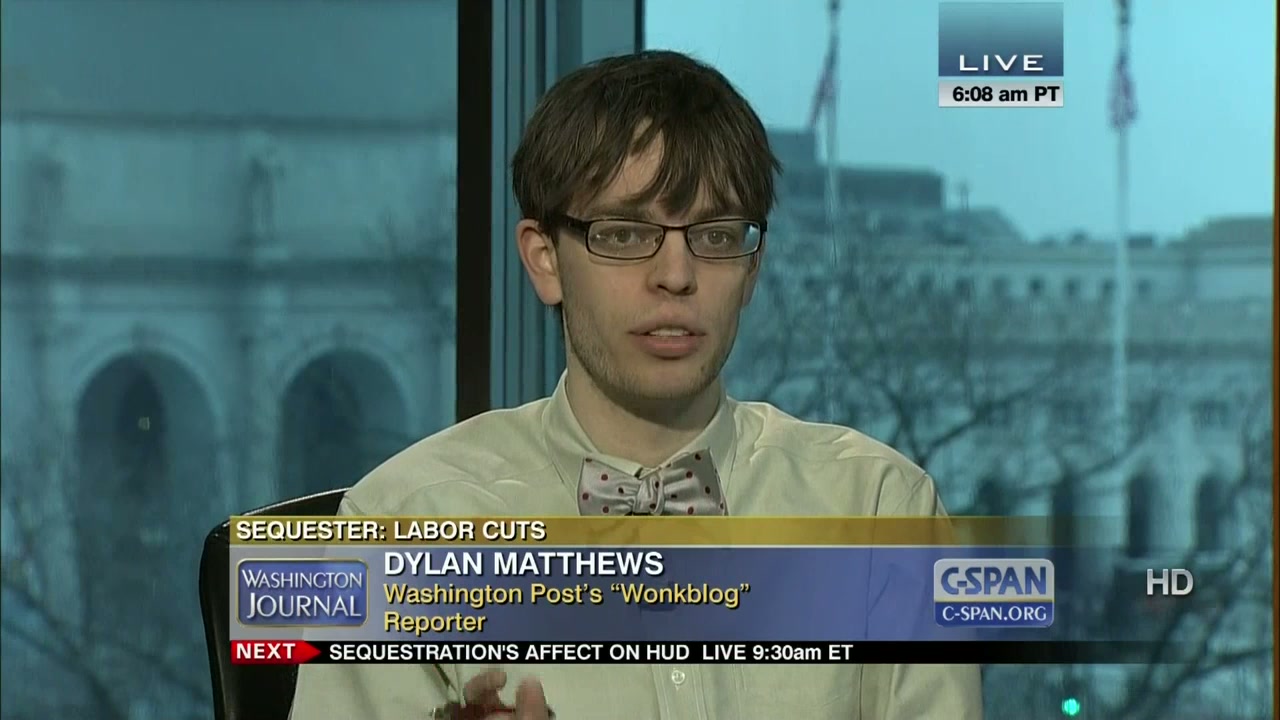 Of course, Leftist Enforcer Dylan Matthews, [Email him] whose entire oeuvre can be summarized as a hysterical insistence on the moral necessity of white genocide, blasted Beinart on the grounds that Open Borders is what defines the West. âBeinart doesnât actually seem to care about promoting mass immigration,â Matthews sneers. âAnd thatâs the one answer to this dilemma thatâs completely unacceptableâ. [Whatâs the point of an anti-immigrant left, Vox, July 2, 2017]

[A]ny center-left party worth its salt has to be deeply committed to egalitarianism, not just for people born in the US but for everyoneâ¦itâ¦ means treating people born outside the US as equals.

But of course, this renders American citizenship essentially pointless. Indeed being an âAmericanâ (which would simply mean owning a certain kind of passport) would be an active disadvantage, as you would simply exist to be tax-farmed for the benefit of an ever growing number of hostile and hapless Third Worlders.

Few Americans would sign up for this. So, as even Rich Lowry [Email him] now admits, Donald Trump is âwinningâ on immigration simply by mentioning the issue and breaking apart the Democratic coalition.

Trump probably wouldnât have won without running so directly into the teeth of the elite consensus. According to a study published by Public Religion Research Institute and the Atlantic of white working-class voters, it was anxiety about culture change and support for deporting undocumented immigrants that correlated with voting for Trump, not loss of economic or social standing. Likewise, a Democracy Fund Voter Study Group report found Hillary Clinton cratered among populist voters who had supported Barack Obama, with the issue of immigration looming large.[Links added by VDARE.com]

Though Trump has turned a corner and is on the attack, itâs still an open question whether he will have a successful presidency [âYour worst nightmare: a successful Donald Trump presidency, by David Smith, The Guardian, July 3, 2017]. Trumpâs approval ratings are still low, hovering around 40 percent. More importantly, he is still mired in the pointless battle over the GOPâs idiotic health care replacement bill, which is so poorly constructed partially because the GOP leadership apparently took it for granted Trump was going to lose the presidential election. [One reason the GOP health bill is a mess: No one thought Trump would win, by Paul Kane, Washington Post, July 6, 2017]

There has also been no action on some issues which would be easy political victories for the presidentâincluding on establishing English as the official language of the United States. [Only three Georgia U.S. House members sign on to help official English legislation in Washington D.C., by D.A. King, The Telegraph, June 12, 2017]

Yet President Trump now has an edge in his war with the MSM. Americans are disgusted by the willingness of CNN to essentially blackmail a private citizen. The House Republicans have proven they will go along with a Trump immigration agenda, provided the president leads the way. And Leftâs squabbling over immigration shows a new nationalism has the potential permanently to split apart the Democrats.

The potential for victory is there. If, to use President Trumpâs own words in Warsaw, he has the will to win. Not Looking GoodâTrump Attacks Coulter, Congressional GOP Cucking On Immigration
Washington Watcher
• 155 Comments • Reply
← Health Care Failure May Mean Trump Immi...What âDemocracy and Libertyâ? →
Hide 44 CommentsLeave a Comment
"Trump Turns the Corner and Goes On the Attack. Will He Make the GOP Follow?"
• 44 Comments
Commenters to Ignore
Commenters to ignore (one per line)