I first encountered Trotskyists in Minnesota half a century ago during the movement against the Vietnam War. I appreciated their skill in organizing anti-war demonstrations and their courage in daring to call themselves âcommunistsâ in the United States of America â a profession of faith that did not groom them for the successful careers enjoyed by their intellectual counterparts in France. So I started my political activism with sympathy toward the movement. In those days it was in clear opposition to U.S. imperialism, but that has changed.

The first thing one learns about Trotskyism is that it is split into rival tendencies. Some remain consistent critics of imperialist war, notably those who write for the World Socialist Web Site (WSWS).

Others, however, have translated the Trotskyist slogan of âpermanent revolutionâ into the hope that every minority uprising in the world must be a sign of the long awaited world revolution â especially those that catch the approving eye of mainstream media. More often than deploring U.S. intervention, they join in reproaching Washington for not intervening sooner on behalf of the alleged revolution.

A recent article in the International Socialist Review (issue #108, March 1, 2018) entitled âRevolution and counterrevolution in Syriaâ indicates so thoroughly how Trotskyism goes wrong that it is worthy of a critique. Since the author, Tony McKenna, writes well and with evident conviction, this is a strong not a weak example of the Trotskyist mindset.

McKenna starts out with a passionate denunciation of the regime of Bashar al Assad, which, he says, responded to a group of children who simply wrote some graffiti on a wall by âbeating them, burning them, pulling their fingernails outâ. The source of this grisly information is not given. There could be no eye witnesses to such sadism, and the very extremism sounds very much like war propaganda â Germans carving up Belgian babies.

But this raises the issue of sources. It is certain that there are many sources of accusations against the Assad regime, on which McKenna liberally draws, indicating that he is writing not from personal observation, any more than I am. Clearly, he is strongly disposed to believe the worst, and even to embroider it somewhat. He accepts and develops without the shadow of a doubt the theory that Assad himself is responsible for spoiling the good revolution by releasing Islamic prisoners who went on to poison it with their extremism. The notion that Assad himself infected the rebellion with Islamic fanaticism is at best a hypothesis concerning not facts but intentions, which are invisible. But it is presented as unchallengeable evidence of Assadâs perverse wickedness.

This interpretation of events happens to dovetail neatly with the current Western doctrine on Syria, so that it is impossible to tell them apart. In both versions, the West is no more than a passive onlooker, whereas Assad enjoys the backing of Iran and Russia.

âMuch has been made of Western imperial support for the rebels in the early years of the revolution. This has, in fact, been an ideological lynchpin of first the Iranian and then the Russian military interventions as they took the side of the Assad government. Such interventions were framed in the spirit of anticolonial rhetoric in which Iran and Russia purported to come to the aid of a beleaguered state very much at the mercy of a rapacious Western imperialism that was seeking to carve the country up according to the appetites of the US government and the International Monetary Fundâ, according to McKenna.

Whose âideological lynchpinâ? Not that of Russia, certainly, whose line in the early stages of its intervention was not to denounce Western imperialism but to appeal to the West and especially to the United States to join in the fight against Islamic extremism.

Neither Russia nor Iran âframed their interventions in the spirit of anticolonial rhetoricâ but in terms of the fight against Islamic extremism with Wahhabi roots.

In reality, a much more pertinent âframingâ of Western intervention, taboo in the mainstream and even in Moscow, is that Western support for armed rebels in Syria was being carried out to help Israel destroy its regional enemies. The Middle East nations attacked by the West â Iraq, Libya and Syria â all just happen to be, or to have been, the last strongholds of secular Arab nationalism and support for Palestinian rights. There are a few alternative hypotheses as to Western motives â oil pipelines, imperialist atavism, desire to arouse Islamic extremism in order to weaken Russia (the Brzezinski gambit) â but none are as coherent as the organic alliance between Israel and the United States, and its NATO sidekicks.

It is remarkable that McKennaâs long article (some 12 thousand words) about the war in Syria mentions Israel only once (aside from a footnote citing Israeli national news as a source). And this mention actually equates Israelis and Palestinians as co-victims of Assad propaganda: the Syrian government âused the mass media to slander the protestors, to present the revolution as the chaos orchestrated by subversive international interests (the Israelis and the Palestinians were both implicated in the role of foreign infiltrators).â

No other mention of Israel, which occupies Syrian territory (the Golan Heights) and bombs Syria whenever it wants to.

Only one, innocuous mention of Israel! But this article by a Trotskyist mentions Stalin, Stalinists, Stalinism no less than twenty-two times!

And what about Saudi Arabia, Israelâs de facto ally in the effort to destroy Syria in order to weaken Iran? Two mentions, both implicitly denying that notorious fact. The only negative mention is blaming the Saudi family enterprise for investing billions in the Syrian economy in its neoliberal phase. But far from blaming Saudi Arabia for supporting Islamic groups, McKenna portrays the House of Saud as a victim of ISIS hostility.

Clearly, the Trotskyist delusion is to see the Russian Revolution everywhere, forever being repressed by a new Stalin. Assad is likened to Stalin several times.

This article is more about the Trotskyist case against Stalin than it is about Syria.

This repetitive obsession does not lead to a clear grasp of events which are not the Russian revolution. And even on this pet subject, something is wrong. 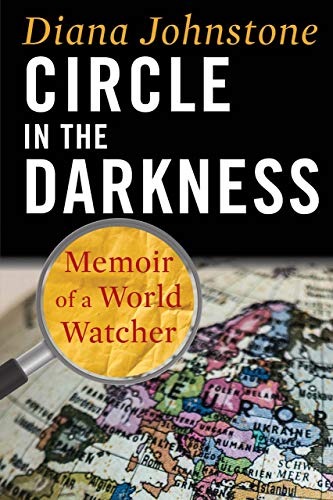 Throughout history, revolts, uprisings, rebellions happen all the time, and usually end in repression. Revolution is very rare. It is more a myth than a reality, especially as Trotskyists tend to imagine it: the people all rising up in one great general strike, chasing their oppressors from power and instituting peopleâs democracy. Has this ever happened?

For the Trotskyists, this seem to be the natural way things should happen and is stopped only by bad guys who spoil it out of meanness.

In our era, the most successful revolutions have been in Third World countries, where national liberation from Western powers was a powerful emotional engine. Successful revolutions have a program that unifies people and leaders who personify the aspirations of broad sectors of the population. Socialism or communism was above all a rallying cry meaning independence and âmodernizationâ â which is indeed what the Bolshevik revolution turned out to be. If the Bolshevik revolution turned Stalinist, maybe it was in part because a strong repressive leader was the only way to save âthe revolutionâ from its internal and external enemies. There is no evidence that, had he defeated Stalin, Trotsky would have been more tender-hearted.

Countries that are deeply divided ideologically and ethnically, such as Syria, are not likely to be âmodernizedâ without a strong rule.

McKenna acknowledges that the beginning of the Assad regime somewhat redeemed its repressive nature by modernization and social reforms. This modernization benefited from Russian aid and trade, which was lost when the Soviet Union collapsed. Yes, there was a Soviet bloc which despite its failure to carry out world revolution as Trotsky advocated, did support the progressive development of newly independent countries.

If Basharâs father Hafez al Assad had some revolutionary legitimacy in McKennaâs eyes, there is no excuse for Bashar.

âIn the context of a global neoliberalism, where governments across the board were enacting the most pronounced forms of deregulation and overseeing the carving up of state industries by private capital, the Assad government responded to the heightening contradictions in the Syrian economy by following suitâby showing the ability to march to the tempo of foreign investment while evincing a willingness to cut subsidies for workers and farmers.â

The neoliberal turn impoverished people in the countryside, therefore creating a situation that justified ârevolutionâ.

This is rather amazing, if one thinks about it. Without the alternative Soviet bloc, virtually the whole world has been obliged to conform to anti-social neoliberal policies. Syria included. Does this make Bashar al Assad so much more a villain than every other leader conforming to U.S.-led globalization?

McKenna concludes by quoting Louis Proyect: âIf we line up on the wrong side of the barricades in a struggle between the rural poor and oligarchs in Syria, how can we possibly begin to provide a class-struggle leadership in the USA, Britain, or any other advanced capitalist country?â

One could turn that around. Shouldnât such a Marxist revolutionary be saying: âif we canât defeat the oligarchs in the West, who are responsible for the neoliberal policies imposed on the rest of the world, how can we possibly begin to provide class-struggle leadership in Syria?â

The trouble with Trotskyists is that they are always âsupportingâ other peopleâs more or less imaginary revolutions. They are always telling others what to do. They know it all. The practical result of this verbal agitation is simply to align this brand of Trotskyism with U.S imperialism. The obsession with permanent revolution ends up providing an ideological alibi for permanent war.

For the sake of world peace and progress, both the United States and its inadvertent Trotskyist apologists should go home and mind their own business.

Syria Withdrawal Enrages the Chickenhawks
A Christmas present for the American and Syrian people
Philip Giraldi
• 515 Comments • Reply
← The Tragedy of the CheminotsAntifa or Antiwar: Leftist Exclusionism... →
Hide 93 CommentsLeave a Comment
"Trotskyist Delusions"
• 93 Comments
Commenters to Ignore
Commenters to ignore (one per line)

← The Tragedy of the CheminotsAntifa or Antiwar: Leftist Exclusionism... →
Current Commenter
says:
Current Date at Time Now
Leave a Reply - Comments on articles more than two weeks old will be judged much more strictly on quality and tone
Cancel Reply
Commenting Disabled While in Translation Mode