The White genius George Boole
◄►Bookmark◄❌►▲ ▼Toggle AllToC▲▼Add to LibraryRemove from Library • BShow CommentNext New CommentNext New ReplyRead More
ReplyAgree/Disagree/Etc. More... This Commenter This Thread Hide Thread Display All Comments
AgreeDisagreeThanksLOLTroll
These buttons register your public Agreement, Disagreement, Thanks, LOL, or Troll with the selected comment. They are ONLY available to recent, frequent commenters who have saved their Name+Email using the 'Remember My Information' checkbox, and may also ONLY be used three times during any eight hour period.
Ignore Commenter Follow Commenter
Search Text Case Sensitive  Exact Words  Include Comments
List of Bookmarks

Globohomo is the vast system of anti-White, minority-worshipping leftism that wants to control and suffocate the entire world. And if you want a good example of the âgloboâ in globohomo, just consider this. At school in the UK, White British students are taught all about the Black American non-entity Rosa Parks (1913â2005) and nothing about the White British genius George Boole (1815â64).

Whites as oppressors and exploiters

In other words, British leftists import globohomo propaganda from America to instil guilt in White children and resentment in non-White children. At the same time, they suppress the huge achievements of the White British. Leftists donât want White children to feel pride in their ancestry, but shame. They want children to see Whites only as oppressors and exploiters, not as innovators and inventors. Thatâs why they plug Parkes and ban Boole, even as children inhabit a world shaped by his genius:

Booleâs legacy surrounds us everywhere, in the computers, information storage and retrieval, electronic circuits and controls that support life, learning and communications in the 21st century. His pivotal advances in mathematics, logic and probability provided the essential groundwork for modern mathematics, microelectronic engineering and computer science. (Who is George Boole? The mathematician behind the Google doodle, Sydney Morning Herald, 2nd November 2015)

Boole has had a âGoogle doodle,â but Google and other leftists celebrate him only as an isolated and exceptional individual, not as an exemplar of White genius and the heir to millennia of separate and special evolution on the European continent. Leftists certainly do not acknowledge that he contributed more to mathematics and technology in his short life than all Blacks who ever lived. If White children were taught about him in that light, they would begin to question minority-worship and the colonization of Britain by non-Whites who over-achieve only at crime, corruption and nation-wrecking.

Even worse, from the leftist point of view, is that learning about Boole can be a lot of fun. Imagine White children enjoying themselves as they learn about a White world-shaper! Leftism wants Whiteness to be associated with pain, not pleasure. And so, when leftism is defeated, pro-White education ministers should ensure that children learn about knights-and-knaves, not about Rosa Parks. Not only are knight-and-knave logic puzzles an enjoyable introduction to Boolean ideas about truth-values and logic, theyâre also a good way to understand leftism. 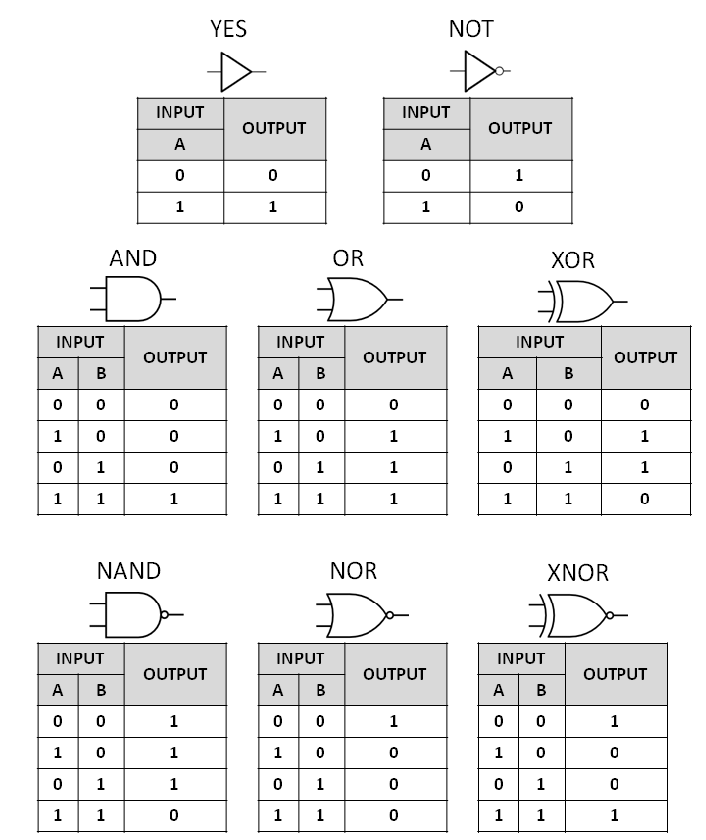 You can learn the truth from leftist lies if you apply Boolean ideas. To see how, letâs start with one of the knight-and-knave puzzles invented by the Jewish mathematician Raymond Smullyan (1919â2017). The puzzle is set on an island inhabited by two kinds of native: knights, who always tell the truth, and knaves, who always lie. Suppose you visit the island and decide to take a walk to the beach. Soon you come to a fork in the road where two natives of the island are standing. You want to ask them how to get to the beach, but you donât know whether theyâre knights or knaves. And thereâs no point asking them directly, because, as you quickly realize, all natives will claim to be knights.

However, suppose you ask each of the two natives what the other one is. And suppose that each of them replies: âHeâs a knave.â Now you know that one of them must be a knight and one must be a knave. If they were both knights or both knaves, both would reply: âHeâs a knight.â But when both claim that the other is a knave, you know a knight has truthfully identified a knave and a knave has falsely identified a knight. But you donât still know who is who. However, you can now learn the right way to the beach by asking either of the natives a simple question. What do you ask?

The logic of leftist lies 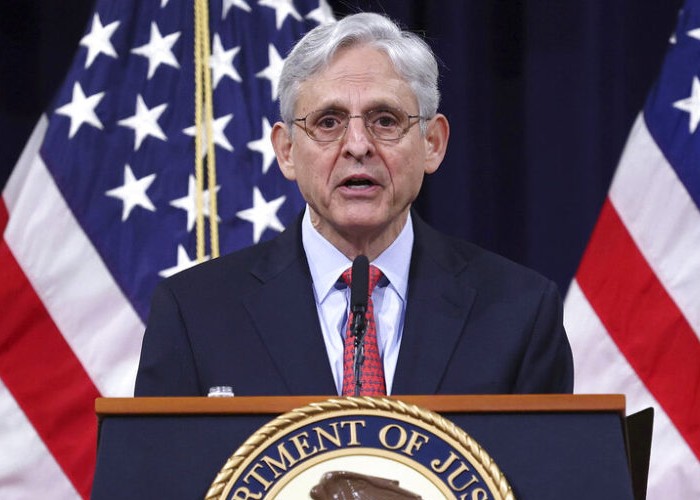 If the sinister Jewish leftist Merrick Garland opposes âwhite supremacy,â it must be a good and essential thing

Knight-and-knave puzzles are a lot of fun to solve, but there are serious and important mathematical and logical ideas behind them. Boolean ideas, because they come from the work of George Boole. Using Boolean logic, you can learn the truth from falsehoods. And thatâs I want to do to leftist ideas. We know that leftism is an ideology built on falsehoods, so we can apply Boolean logic to understand what leftists really mean when they use terms like âwhite supremacyâ and âwhite privilege.â Leftists are liars, so what they pretend to mean and what they really mean are different things. Indeed, entirely opposite things.

So letâs examine how leftists use the term âwhite supremacy.â Merrick Garland, the sinister Jewish Attorney-General in Bidenâs Bolshevik cabinet, has said that âDomestic violent extremist groups, particularly white supremacists, pose a growing threat to the United States.â Carol Anderson, a Professor of African American Studies at Emory University, has said that âAmerican democracyâs most dangerous adversary is white supremacy. Throughout this nationâs history, white supremacy has undermined, twisted and attacked the viability of the United States.â And Jennifer Ho, a Professor of Asian American Studies at the University of Colorado, has responded to Black violence against Asians by blaming it all on Whitey. She says that âWhite supremacy is the root of all race-related violence in the US.â 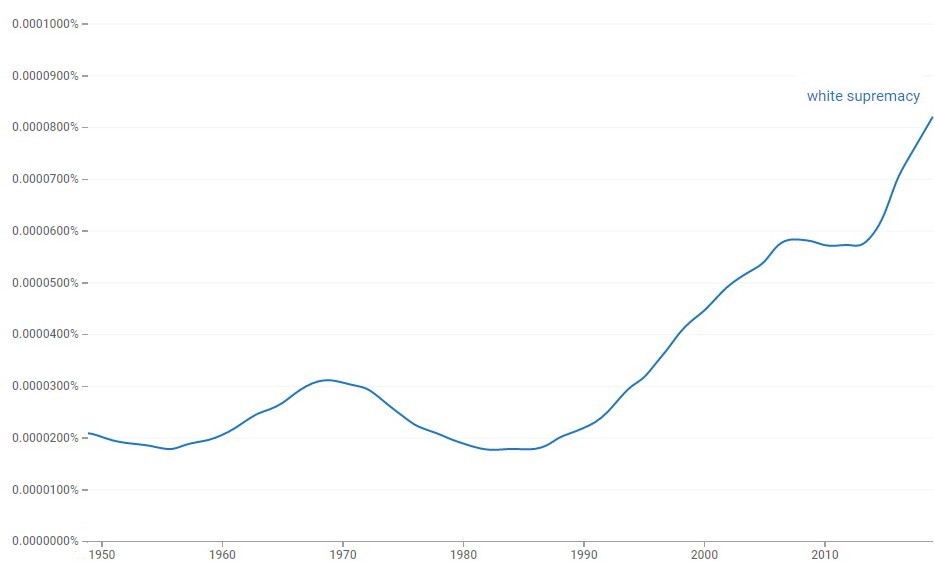 The power of propaganda #1: ever-increasing use of the term âwhite supremacyâ (from Google Ngrams) 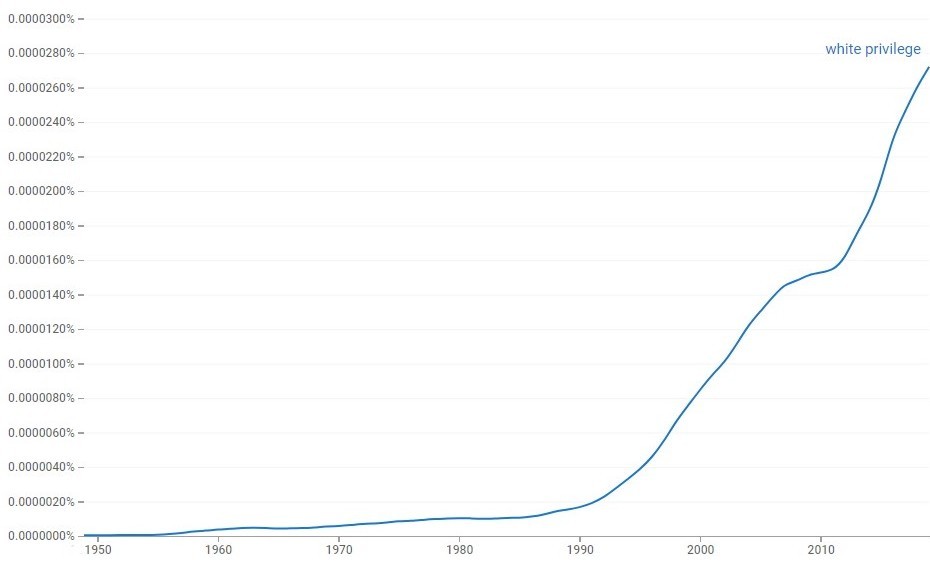 The power of propaganda #2: ever-increasing use of the term âwhite privilegeâ (from Google Ngrams)

Leftism is doomed to die

In effect, leftism presents us with a simple knight-and-knave puzzle. We know that leftists always lie, so we simply turn what they say on its head to discover the truth. From leftist lies we can learn the truth about leftist intentions. When leftists say âAbolish white supremacy!â, they mean âEnact white enslavement!â Leftists donât want to end injustice but to impose it on ordinary Whites in ever-harsher ways. And at the heart of that anti-White leftism are genuinely âsupremacistâ Jewish organizations like the Anti-Defamation League (ADL). If we apply leftist-lie logic to the name of the ADL, we can see that it must really be the âAnti-Description League.â The ADL campaigns against the objective and truthful description of reality, which is why it wants truth-tellers like Tucker Carlson to be silenced:

The Anti-Defamation League has called for Fox News to fire prime-time opinion host Tucker Carlson because he defended a white-supremacist theory that says whites are being âreplacedâ by people of color. In a letter to Fox News CEO Suzanne Scott on Friday, the head of the ADL, Jonathan Greenblatt, said Carlsonâs ârhetoric was not just a dog whistle to racists â it was a bullhorn.â

The civil rights group listed numerous instances Carlson has used anti-immigrant language. Those include saying immigration makes the U.S. âpoorer and dirtierâ and questioning whether white supremacy is real. Greenblatt said that âgiven his long record of race-baiting, we believe it is time for Carlson to go.â

The ADL and SPLC are supreme practitioners of the Jewish-leftist principle of inverting reality and morality. They claim that truth is lies and that lies are truth, that good is evil and evil is good. Accordingly, you can learn the truth by reversing what the ADL and SPLC say. If they deny that âimmigration makes the U.S. âpoorer and dirtierâ,â you can be sure that immigration does exactly that. If they deny that âJews and progressive politicians â¦ are replacing white people through immigration in the Western world,â again you can be sure that this is exactly what is happening. And if they oppose âwhite supremacyâ and claim that it is a dire threat to Western civilization, you can be sure that âwhite supremacyâ is a good thing and essential for the survival of Western civilization. Leftists live by lies, which is why leftism is doomed to die.