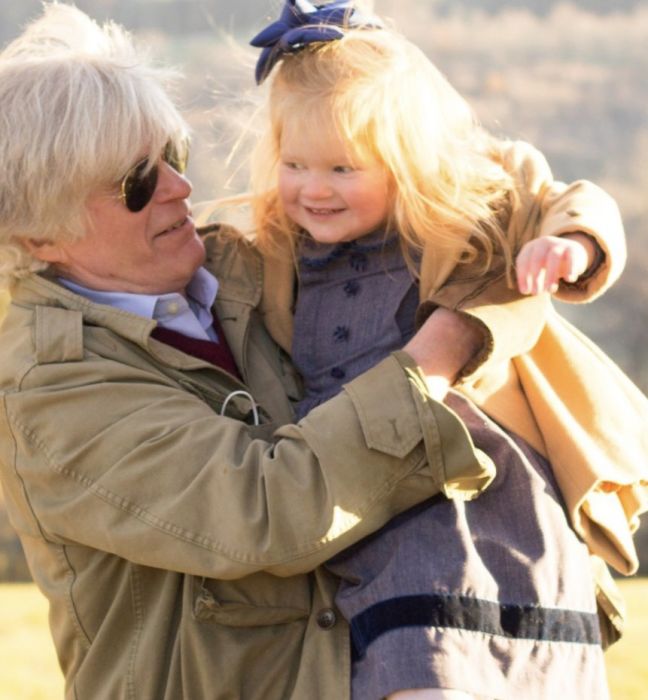 There seems to be a negative relationship between our growing knowledge of human genetics, and the extent to which we are allowed to publicly say that genetic differences between ethnic groups exist and matter. This became crystal clear recently when Bret Stephensâs New York Times piece on Jewish intelligence was censored (post-publication!) to memory-hole a reference to a once-widely-praised study [PDF] in a leading scientific journal that had demonstrated that Jews were on average smarter than other races for genetic reasons. This widely-replicated finding was declared to be âracistââas, supposedly, was Henry Harpending, one of the authors of the study Stephens referenced. (This is continuing to make waves: Siva Vaidhyanathan [Email him] an Indian “media studies” professor at Virginia Tech, was quoted in Politico as calling for the NYT to uphold “high standards”âi.e more firmly suppressing what he calls “ridiculous, eugenicist garbage“.)

So there seems no better time to explore afresh the genetics of the people who, overwhelmingly, built the United States: Europeans.

The males, being still overwhelmingly Western European and in particular British, are characterized by the Y Chromosome Haplotype R1b. Between 60% and 100% of Irish, Welsh and Southern English men carry this haplotype. It first appeared roughly 12,000 years ago and spread westwards from West Asia, where it originated. Carried by no less than 30% of European males, it is the marker of being âIndo-Europeanââthe war-like culture which spread into Europe and which is genetically most influential in Europeâs North West. 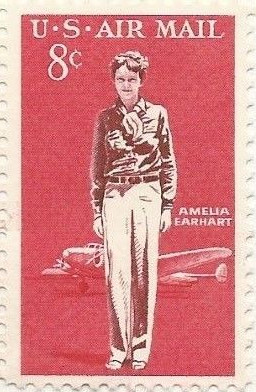 But what about European ladies? What are maternal-line origins of Emily Dickinson, Amelia Earheart and Ann Coulter? Where did the European Eve come from?

The answer is that she came from the same place as the Indo-Europeansâonly much, much earlier.

The Haplogroup carried by approximately 40% of all European females, Haplogroup H (mtDNA) first appeared in West Asia 25,000 years ago, well before the last Ice Age [The Molecular Dissection of mtDNA Haplogroup H Confirms That the Franco-Cantabrian Glacial Refuge Was a Major Source for the European Gene Pool, By Alessandro Achilli et al., American Journal of Human Genetics, 2004].

As Kevin MacDonald points out in his very useful 2019 book Individualism and the Western Liberal Tradition: Evolutionary Origins, History, and Prospects for the Future, Europe experienced three waves of settlement.

MacDonald reports sound archaeological evidence that the highly advanced Indo-Europeans substantially wiped-out their competitors all over Europe, and especially in the Northwest of Europe. And, of course, it would have been the Neolithic and Hunter-Gatherer males whom they would have killed and displacedâtaking Neolithic and Hunter-Gatherer females as the spoils of war.

In Britain, notes MacDonald, the Neolithic Farmers were replaced by Indo-Europeans to the tune of 90%, with them hanging on only in isolated parts of the island.

MacDonald also demonstrates that, thousands of years earlier, the Neolithic Farmers themselves outcompeted, and perhaps successfully battled with, male Stone Age Hunter Gatherers, displacing them and also taking their females as their own. However, these Hunter Gatherers were liquidated to a much greater extent, hanging on only in very isolated areas, as they could so easily be out-competed by farmers with their larger numbers and superior technology.

But the Neolithic Farmers didnât make it as far north as Scandinavia, meaning that remnant Hunter Gatherers there would have survived to be later wiped out by Indo-Europeans (whose own womenfolk would have been picked up on their journey north).

The result: Approximately 40% of European females carry Haplogroup H, with the highest frequency, of almost 60%, found among Welsh women and a frequency of 44% among English, Scottish, and Irish women [Distribution of European mitochondrial DNA (mtDNA) haplogroups by region in percentage, April 2018, Eupedia]. This is the Haplogroup which arrived in Europe with Neolithic Farmers [Neolithic mitochondrial haplogroup H genomes and the genetic origins of Europeans, By Paul Brotherton et al., Nature Communications, 2013].

Haplogroup H is completely absent on the Y (female) Chromosome in Scandinavia, Germany, the Netherlands and Northern Britain. It is most prominent, on the Y Chromosome, in southern India, where it originated, before making its way to southern Turkey [The Genetic Formation of South and Central Asia, By V.M. Narasimhan et al., bioRxiv]. It is found, to a lesser extent, in southern Europe, among between 2% and 10% of populations.

According to MacDonald, Indo-European ancestry is 55% in Norway, as the Neolithic Farmers never even made it that far north. This percentage decreases continuously as you move south and east of Norway.

Hunter-Gatherer ancestry is highest in relatively isolated areas such as the Baltic States and Finland, where it is around 40%. In Finland, only 36% of females carry the H Haplotype, while 20.7% of them carry U5, which betokens Hunter-Gatherer ancestry [Distribution of European mitochondrial DNA (mtDNA) haplogroups by region in percentage, April 2018, Eupedia]. This originated no less than 45,000 years ago, [A revised timescale for human evolution based on ancient mitochondrial genomes, By Q. Fu et al., Current Biology, 2013].

Hunter-Gatherer ancestry is zero in Spain and Italy. It is in such countries such that Neolithic Farmer ancestry is the highest. Around 90% of Sardinian ancestry, male and female, is Neolithic Farmer, the other 10% being Indo-European. See the Eupedia map of Haplogroup H distribution below, in which the darkest blue spot is tiny Sardinia. 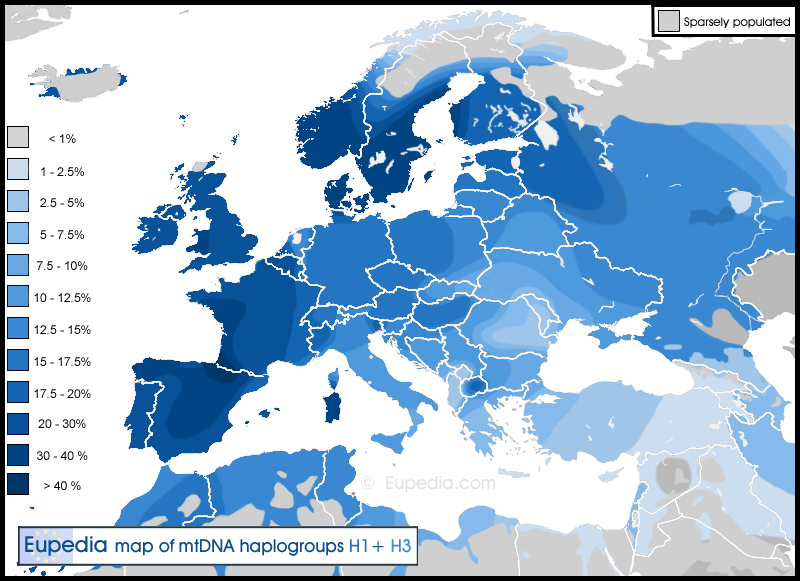 So, it follows that the European male is an Indo-European warrior, very possibly with ginger hair and associated pale skin and blue eyes, as this is associated with R1b. By contrast, the European female is a dusky Sardinian maiden with olive skin, brown eyes and dark hair. 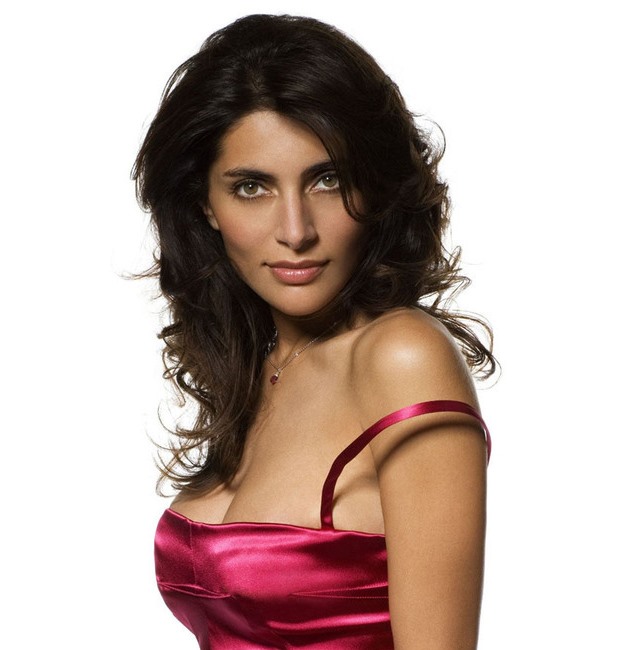 White Racialism in America, Then and Now
An Intellectual History of the Last One Hundred Years
Ron Unz
• 1,066 Comments • Reply

Intra-European Brain Diversity
Guillaume Durocher
• 145 Comments • Reply
← Welton vs. Chisala Round II: âBrave a...The Meghan Markle Mess: I Told You So! →
Hide 85 CommentsLeave a Comment
"The European EveâIs She A Sardinian Woman?"
• 85 Comments
Commenters to Ignore
Commenters to ignore (one per line)

• Replies: @nokangaroos
← Welton vs. Chisala Round II: âBrave a...The Meghan Markle Mess: I Told You So! →
Current Commenter
says:
Current Date at Time Now
Leave a Reply - Comments on articles more than two weeks old will be judged much more strictly on quality and tone
Cancel Reply
Commenting Disabled While in Translation Mode