An interesting niche in the political Left has appeared over the last 18 months. They are a segment of the Bernie Sanders wing of the Left, socialists who oppose racial identity politics generally and the shaming of poor whites in particular. I call them the anti-anti-white Left. They are vehemently opposed to the Clinton family and mainstream Democratic figures such as Chuck Schumer and Harry Reidâwhom they consider part of the exploiting classâand they attack capitalism, war, and almost every liberal pundit.

Needless to say, they are not race realists or white advocates, and they openly abhor what they call âracism.â However, they are so preoccupied with economics and class that they have little respect for theories about âwhite privilege,â or âauthoritarian personalities.â Anti-anti-white socialists despise elite whites who live in âwhiteopiasâ but call working class whites âracists,â and who promote economic programs like NAFTA that benefit them but hurt the working class.

Here is a statement of their worldview, taken from the essay, âBurying the White Working Class,â on the anti-anti-white socialist website, Jacobin:

[W]hy do elite liberals seem to focus so particularly on white wage-earners?

Part of the explanation is that unlike with the white working class, many of the hardships workers of color face fit neatly within an acceptable liberal narrative about whatâs wrong with our society: racism. And when racism can be blamed, capitalism can be exonerated.

Liberals can delude themselves into believing that it is nothing more than the accumulation of individual prejudices stashed away in the minds of powerful white people that has destroyed black and brown communities in Detroit, Ferguson, and Chicagoâs South Side.

Class stratification, capital flight, and the war against organized labor are thus sidestepped completely. The liberal elite is spared from having to question the fundamental injustices of capitalism.

Unfortunately, the miseries, hardships, and exploitation of white workers donât fit into an easy capital-friendly framework. Liberals then have two options: blame the individual moral failings of white workers or call into question the very nature of capitalism itself.

Guess which one they choose. More and more, liberals just point and scream: âracist.â

The authorâs hyperlink on âindividual moral failingsâ points to a piece from National Review vilifying poor whites who support Donald Trump. Let it be remembered that in 2016, a socialist criticized National Review for its dismissiveness of poor white Americans.

This essay is not unique. Jacobin regularly argues against the anti-white posturing of pundits in such places as Slate and Vox. And like every political faction these days, they fight their battles on Twitter. AmRen readers may be surprised to know that there is a near constant and often heated Twitter war between anti-anti-white socialists, and anti-white liberals. Some samples:

Q: why do they hate us good liberals?
A: because you hate them & they can tell. pic.twitter.com/gPyzlvCmSN

The debate is mainly about the question Bhaskar Sunkara, the non-white founder and editor of Jacobin, posed a week before the election:

Is it controversial to say that a quarter or so of the 40ish percent of the country voting for Trump can be won over a progressive politics?

Those who cannot imagine Trump supporters ever joining any kind of leftwing movement see them as irredeemable, deplorable, and inherently racist. That is the view of liberal pundits such as Joy-Ann Reid, Joan Walsh, Jamelle Bouie, etc.

Some socialists, on the other hand, think Trump supporters can move to the Left because they see them first and foremost as proletarians, not as whites. In the Marxist mind, proletarians are not just redeemable; they will eventually redeem the world.

Mr. Sunkara has explicitly said he doesnât think much of the Frankfurt School (the founders of âcultural Marxismâ) and prefers the earlier and more orthodox Marxists who focused on economics and politics without dabbling in psychology, âanti-racism,â and esoteric cultural critiques. The non-Marxist Left of Slate, The New York Times, Vox, etc, is the opposite. They have rejected Marxist economics for Keynesianism, but socially and culturally, they are direct descendants of Theodor Adorno and Herbert Marcuse.

Any resistance to the dogma of inherent white evil is good. Leftist opposition to anti-white thinking could be the first step for young whites towards developing a racial consciousness. On the other hand, this might just be rhetorical bluster. These socialists hate Donald Trump, and largely back Keith Ellison to head the Democratic National Committee. Is taking their rhetoric at face value today like taking President Bill Clinton seriously when he talked about securing the southern border? What Iâm asking is the inverse of Mr. Sunkaraâs question: Is it reasonable to think that around one in four of these anti-anti-white socialists could become white advocates?

Let me know what you think in the comments, especially if you who consider yourself liberal.

(Republished from American Renaissance by permission of author or representative)
THE CAMP of the SAINTS: This Centuryâ... → Charlottesville Requiem
Who did what to whom?
Philip Giraldi
• 426 Comments • Reply Why Is the Alt-Right So Threatening?
Robert Weissberg
• 159 Comments • Reply
THE CAMP of the SAINTS: This Centuryâ... →
Hide 116 CommentsLeave a Comment
"The Anti-Anti-White Left"
• 116 Comments
Commenters to Ignore
Commenters to ignore (one per line)

THE CAMP of the SAINTS: This Centuryâ... →
Current Commenter
says:
Current Date at Time Now
Leave a Reply - Comments on articles more than two weeks old will be judged much more strictly on quality and tone
Cancel Reply 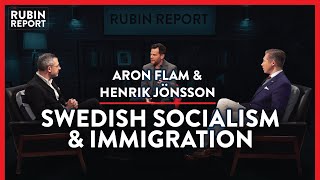