Joseph Sohm / Shutterstock.com
◄►Bookmark◄❌►▲ ▼Toggle AllToC▲▼Add to LibraryRemove from Library • BShow CommentNext New CommentNext New ReplyRead More
ReplyAgree/Disagree/Etc. More... This Commenter This Thread Hide Thread Display All Comments
AgreeDisagreeThanksLOLTroll
These buttons register your public Agreement, Disagreement, Thanks, LOL, or Troll with the selected comment. They are ONLY available to recent, frequent commenters who have saved their Name+Email using the 'Remember My Information' checkbox, and may also ONLY be used three times during any eight hour period.
Email Comment Ignore Commenter Follow Commenter
Search Text Case Sensitive  Exact Words  Include Comments
List of Bookmarks

Like Jeb Bush, Democratic Vice Presidential nominee Tim Kaine has a phenotype that generates involuntary disgust among normal people. And, like Bush, Kaine is clearly possessed by a deep self-loathing and a hatred for the people to which he belongs. Hillary Clinton has just claimed that all criticism of Americaâs immigration disaster is inspired by Alt Right âracism,â so we feel free to mention the obvious truth: Kaine, and all immigration enthusiasm, is ultimately motivated by treasonâto America; and to its Founding stock. Kaine has been accused of essentially admitting in a recent speech that Democratic policies would be bad for white people, reportedly proclaiming, âWe have to put ourselves in a place where we are the minorityâ [Kaine Slips: White People Need To Be Minority , by Edmund Kozak, Lifezette, August 12, 2016]. Itâs interesting, and encouraging, that a mainstream conservative site like Lifezette is calling out Kaineâs frankly anti-white views. But the truth of Kaineâs comments is more complicated, and more dangerous.

Kaine didnât actually call for whites to be a minority. Instead, drawing on his own experience as a missionary in Honduras, he said:

Weâve got to put ourselves in situations where weâre in the minority and come to understand a reality thatâs different than the one that we just take for granted every day. We have to.

Kaine called on whites not to be âwalled off, separated, segregated on the other side of town and move with people like you.â

But why do whites âhave toâ undergo these experiences?

As we all know from the looney-Left âwhite privilegeâ meme, all whites are automatically to be considered racist. Because their âprivilegesâ are invisible, they canât help but offend or oppress nonwhites. Being put in situations where âweâre in the minorityâ is less an opportunity for whites to be educated than for nonwhites to shake them down.

Needless to say, exposure to âdiversityâ doesnât create more functional communities. As Robert Putnam found, it leads to a collapse in social trust and civic engagement.

Indeed, escaping from âdiversityâ is the predominant drive in American life, as we work horrifying jobs and endure grueling commutes to make enough money to live in the kinds of safe communities our ancestors could take for granted.

But what Kaine is saying is that no one will be allowed to escape [Elysium, by Gregory Hood, Counter Currents, August 21, 2013].

For the managerial elite, this is a feature, not a bug. As social trust collapses, the opportunities for government meddling increase. Thus, forced diversity and mass immigration function as the Viagra of the State, a powerful support for growing government.

As the American Experiment in self-government enters its terminal phase, the Ruling Class now has a positive motivation to replace and degrade its own population. And the less self-reliant and productive the population, the better it serves the purposes of the Democratic Party.

Thus, Kaineâs comments are only the tip of the iceberg. The Democrats and their pets in the Main Stream Media have been remarkably frank in cheerleading the replacement of Americans.

For example, Josh Zeitz at Politico recently celebrated what he claims were the unintended consequences of the 1965 Hart-Celler Immigration Act, âperhapsâ¦ the most revolutionary act of the 1960sâ¦ the political consequencesâ¦ have been astonishing.â

Zeitz concern-trolls about how the GOP could have appealed to nonwhites based on ideology:

The great tragedy of 2016 may well be the full transformation of the GOP from a mainstream political party into a smaller, rump organization dedicated to white retrenchment. That outcome was never foreordained, but rather the unfortunate product of a half-century of resistance to pluralism and demographic transformation.

Similarly, Orange County, once the birthplace of the conservative movement, is also becoming just another outpost of the Third World and one-party Democratic rule because of changing demographics:

But there are two glaring flaws in this Zeitz-Smoller thesis:

Itâs not at all that thereâs been a lack of âoutreachââitâs that Hispanics and most other nonwhites have no interest in limited government. Polls consistently show Hispanics support âbig governmentâ and more welfare programs. If the GOP truly wanted to win nonwhite support, it would have to abandon conservatism and libertarianism entirely.

Senator Barbara Boxer, a California Democrat, would be called a right-winger today because of the actions she supported in the past. Harry Reid used to oppose birthright citizenship because it was common sense. The Barbara Jordan Commissionâs recommendations would have solved much of this problem before it became the disaster it is today.

What changed? The Democrats now believe they must and can replace the existing population to secure their political future. We only have to look at their actions in the recent past to show they donât really believe this is good for the country or for more American workers. Itâs just good for them.

A recent video explaining the Alt Right features a clip of Vice President Joe Biden bragging about how great it is European-Americans will soon be a minority. â Thatâs not a bad thing,â he says. âThatâs a source of our strength.â

In the wake of Hillary Clintonâs speech against the Alternative Right, the Main Stream Media is piling on Donald Trump for allegedly allowing âwhite identity politicsâ into the mainstream. But, since the Democratsâ abandonment of the working class, âidentity politicsâ is now the only thing driving the Democratic coalition. And itâs a form of identity politics specifically built upon hatred of the historic American nationâthe European-American core that created the American polity.

In Jean Raspailâs novel The Camp of the Saints, now indisputably the most prophetic book of the twentieth century, one character is a Consul disgusted at the actions of his fellow Westerners seeking to flood Europe with the Third World. Dismissing their garbage morality, showy virtue-signaling and maudlin rhetoric, the Consul cuts to the heart of the issue:

âYou know,â the Consul went on, âthereâs a very old word that describes the kind of men you are. Itâs âtraitor.â Thatâs all, youâre nothing new. There have been all kinds. Weâve had bishop traitors, knight traitors, general traitors, statesman traitors, scholar traitors, and just plain traitors. Itâs a species the West abounds in, and it seems to get richer and richer the smaller it grows. Funny, you would think it should be the other way around. But the mind decays, the spirit warps. And the traitors keep coming.â

And so they do.

Ignorance is no longer an excuse about what is being done to America.

The politicians implementing this policy of dispossession against American whites can only be viewed as an occupying government.

Those who go along with it, especially Republicans, should be considered collaborators.

And the response to accusations of âracismâ is the, entirely accurate, charge of treason.

Old Lady Yells at Frog; to be Fair, the Frog Started It.
Steve Sailer
• 189 Comments

The Groyper Wars On Immigration Are the Debate That American Nationalism Needs
Washington Watcher II
• 200 Comments • Reply
← âWarââSteve Bannon, BREITBART Ben...Choosing CollaborationââTrue Conser... →
Hide 77 CommentsLeave a Comment
"The Answer to Hillaryâs Charge of âRacismâ Is the Charge of TreasonâAgainst America, and Its Founding Stock"
• 77 Comments
Commenters to Ignore
Commenters to ignore (one per line) 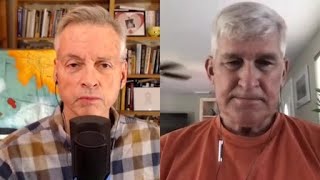