At long last, Rashaun Weaver has been arrested for the murder of Barnard College student Tessa Majors back on December 11 2019. Remember, the police had Weaver in custody but let him go [14-Year-Old Is Released Without Charges in Tessa Majors Case, by Edgar Sandoval, New York Times, December 26, 2019]. A second suspect, Zyairr Davis, 13, had already been chargedâbut in Family Court [Judge sets murder trial date for teen boy in Tessa Majors stabbing death, by Anthony M. DeStefano, Newsday, January 2, 2020]. A third suspect, also questioned but also released, is still free. This agonizing pace is the direct result of the race-whipped pro-crime policies of New York City Mayor Bill DiBlasio, which I predict may yet succeed in denying Majors justice. And itâs the tip of the iceberg: soon it will not be possible to disguise that weâre headed back headed back to the high-crime era of 1980s.

In Majorsâ case , the New York City Police Department also did its part. Tellingly, as with the Knoxville Horror, depolicing had let Davisâ gang of muggers run amok in the area until they murdered her.

was on the lam for more than two weeks before cops nabbed him in the Bronx on Thursday. … Investigators believe he may have stayed underground until his finger healed

[Suspect may have killed Tessa Majors because she bit his finger: police sources, by Tina Moore, Khristina Narizhnaya and Laura Italiano, December 27, 2019].

But, of course, the NYPD has not arrested the accomplices who harbored him why he healed and charged them as accessories. 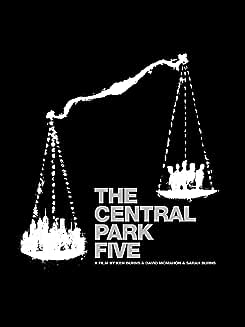 The police know that Bill de Blasio will not have their back. His New York is city of re-emerging super-predatorsâthe term popularized during the 1990s by criminologist John J. DiIulio Jr. to describe the ever younger boys, mostly black, who were psychopathic crime machines. The Left demonized and misrepresented the concept, DiIulio got scared, and the problem was turned upside down. Now, black super-predators are âvictimsâ [Return of the Super- Predators, by Brian Johnson, Jackson Free Press, August 30, 2006]

Not that de Blasio created this world. The architects are the black sperm donors who knocked up their girlfriends but disappeared when it came time to raise their children, and mothers who deliberately raised racist, violent felons [Whoâll Stop the Rain?, Nicholas Stix Uncensored, June 15, 2008].

Of course, we have seen generations of dueling myths about it. According to the Leftâs favorite myth, black criminals of all ages are innocent âvictims of racism.â And Republicans claim credit for miraculous reductions in crimeâwhich, in my opinion as a New Yorker, were themselves substantially mythical.

The murder rate, muddled by the NYPDâs strange habit of âreclassifyingâ dozens of murders whose precipitating violent incident took place years before, is roughly flat. But the cityâs insistence that overall crime remains at record lows sounds increasingly more plaintive than boastful, as if this is the best we can do.

Gelinas knows much more than she says, given her classic article on crime in New Orleans [Whoâs Killing New Orleans?, City Journal, August 2005]. But in any event as NYPD officials were appointed police chiefs or got consultant gigs around the country, ordinary cops degenerated into professional liars, and manufactured fakestats, and with them the rule of crime spread.

(In contrast, however, by-the-book, justifiable homicides in which cops defend themselves are now âmurders.â Of course, this discourages honest policing even more).

But I donât buy it.

De Blasio all but ended stop-question-frisk, which had taken thousands of guns off of New Yorkâs streets. And âbroken windows policingâ was sabotaged from the get-go. Judges routinely threw out quality-of-life charges, while prosecutors often threw them out before they ever reached court.[ Letter From New York City | Crime Stories Chronicles, August 1996]

Under de Blasio, the cityâs criminals enjoy criminal amnesties that were expressly cooked up for blacks and Hispanics under âdisparate impactâ sophistry. Another one is reportedly coming soon [A criminal justice reform would give thousands a clean slate â if only they would apply, by David Brand, Brooklyn Daily Eagle, November 25, 2019]. Amnesties were already institutionalized no later than the 1980s, by the way. A misdemeanant would get an ACD (adjudication in contemplation of dismissal), help clean a city park for a couple of days, go six months without being re-arrested, and the arrest would be expunged.

De Blasio also conceived a free crime program for drug criminals over 40 [Narcotics cops ordered to stop arresting suspects over 40, by Daniel Prendergast, Shawn Cohen and Jamie Schram, New York Post, May 20, 2015]. And he all but eliminated most school discipline. With his blessing, black and brown thugs can now curse teachers, engage in violence, and block all education.

Black New York Attorney General Letitia Jamesâ contribution was to demand that the NYPD cease arresting black farebeaters, who practically have a monopoly on the crime.

Even when the city or a precinct admits, as my areaâs did in November, 2018, that two of the seven âindex crimes,â felony assault and burglary, have increased, they insist âthat a decrease in crime contained a surge of unpleasant incidents this monthâ [Assaults Continue Despite Crime Decrease, by Ray Vann, The Wave, November 30, 2018].

Citywide, the NYPD told a similar story three months later. Homicides jumped 37 percent and rapes 19 percent early last year. Yet âdespite the increase in murders,â the Daily News reported, âthe cityâs overall crime rate was down 11% in February and down 9% for the yearâ [Homicides in NYC up 37% so far this year, driven by stunning 50% spike in February, by Rocco Parascandola and Graham Rayman, March 4, 2019].

While it is mathematically possible for crime overall to go down as two felony index crime rates are exploding, it is highly unlikely.

How did the other five categories decrease so much that crime went down overall? In the real world, a crime explosion hits all sectors. The same felons who rape and murder also rob and burglarize, often at the same time. 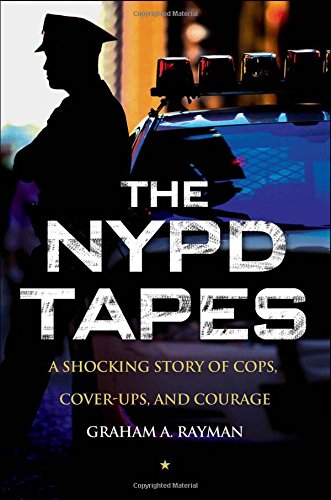 In 2010 an NYPD officer named Adrian Schoolcraft exposed the truth and paid the price for it. He recorded compromising conversations and complained to his superiors about the fakestats. Next thing he knew, the brass had cops break down Schoolcraftâs apartment door, kidnap him, and force him into a psycho ward for six days. Eventually, the NYPD paid Schoolcraft a $60,000 settlement.

Graham Rayman of the lefty Village Voice, now a crime writer at the Daily News wrote a series and a book about Schoolcraft and the fakestats. But nothing has changed.

Raymanâs offering in the Voice opened with a money quote from a supervisor:

âYou know, Iâve been doing this over eight years. Iâve seen a lot. The lengths people will go to try not to take a report, or not take a report for a seven major [crime]. So nothing surprises me anymoreâ

It might not have surprised the supervisor or even NYPDâs brass, but it likely surprised taxpayers who expect the cops âto protect and serve.â

While weâve all heard about the low-crime renaissance of the city beginning in the mid-1990s under Rudy Giuliani, Iâm here to tell you it never happened. New York, despite what de Blasio and his predecessor Mike Bloomberg say, is not the safest big city in America.

Tessa Majors would tell you, too, but she canât.

The super-predators who now rule the streets for their friendly monarch, Bill de Blasio, saw to that.

And no amount of fake stats will be able to hide whatâs coming next.

(Republished from VDare by permission of author or representative)
← Not Looking Good: Main Stream Media, Ne...