Scientific fraudâfalsifying scientific data or manipulating the scientific evaluation processâhas become a serious problem. At best, it is a threat to public confidence in science. At worst, if the fraud is not revealed, then public policy could be shaped by bogus data. This problem is universal. But there are distinct national patterns. In particular, fraud is endemic in non-Western countriesâand among non-Western scientists who immigrate here.

The most infamous scientific fraudster of recent years did come from the West: the Dutch social psychologist Diederik Stapel At the time of writing, he has had to retract 58 scientific articles in which he made up or manipulated his data. Significantly, many of these were politically useful from a Leftist perspective, such as the claim that a dirty, untidy environment made people more racist or that people who eat meat are more selfish than vegetarians. [RETRACTED ARTICLE. Coping with chaos: how disordered contexts promote stereotyping and discrimination, By D. Stapel & S. Lindenberg, Science, 2011]

Clearly, any sensible scholar is going to be very cautious about citing anything ever written by Diederik Stapel, even if it has not been retracted. Indeed, lay readers should be careful to ask for the author of any Leftism-helpful social psychology finding, when told about it by acquaintances, lest its author turn out to be Diederik Stapel.

Butâbreaking newsâmicrobiologist Elizabeth Bik went just public alleging astonishingly massive scientific fraud, between 2004 and 2019, among academics at Annamalai University in Tamil Nadu in India. This may lead to the retraction of up to 200 papers by microbiologists at the university.[ Research fraud in over 200 Annamalai University papers, alleges US scholar, by Megha Kaveri,The News Minute, November 15, 2019]

And this is much more typical. Scientists from some countries are systematically more inclined to make up data or corrupt the peer-review process, than are scientists from others.

In the peer-review process, an academic journal sends a study out to other academics for scholarly evaluation. Many scientists research extremely narrow fields, meaning there are very few people in the world who are qualified to judge the merits of their studies. Consequently, when scientists submit an article to a journal, they are often asked to nominate potential peer-reviewers, and also to provide their email addresses.

A conscientious editor would check who these nominees were and make an informed choice as to whether they were suitable reviewers. But apparently many editors, even of prestigious journals, do not practice due diligence.

Corrupt researchers realize this. Accordingly, they invent a couple of fictitious researchers and provide emails to which theyâthe studyâs authorsâhave access. Sometimes they give real researchersâ names, but create a new email, bogus addresses for them. They are then able to peer-review their own papers and recommend that they be accepted. Journal editors have gradually got wise to this ruse and are able to see that the that IP address of the author and reviewer are the same, leading to the corrupt scientist being caught out.

There are clear national differences in this practice. The world leader: China. Between 2012 and 2016, 276 studies by Chinese academics were retracted for fake peer review. In a distant second place was Taiwan, with 73, followed by Iran, with 65, South Korea, 33, Pakistan, 19, and India, 16. [The Economy of Fraud in Academic Publishing in China, by Mini Gu, WENR, April 3, 2019]. 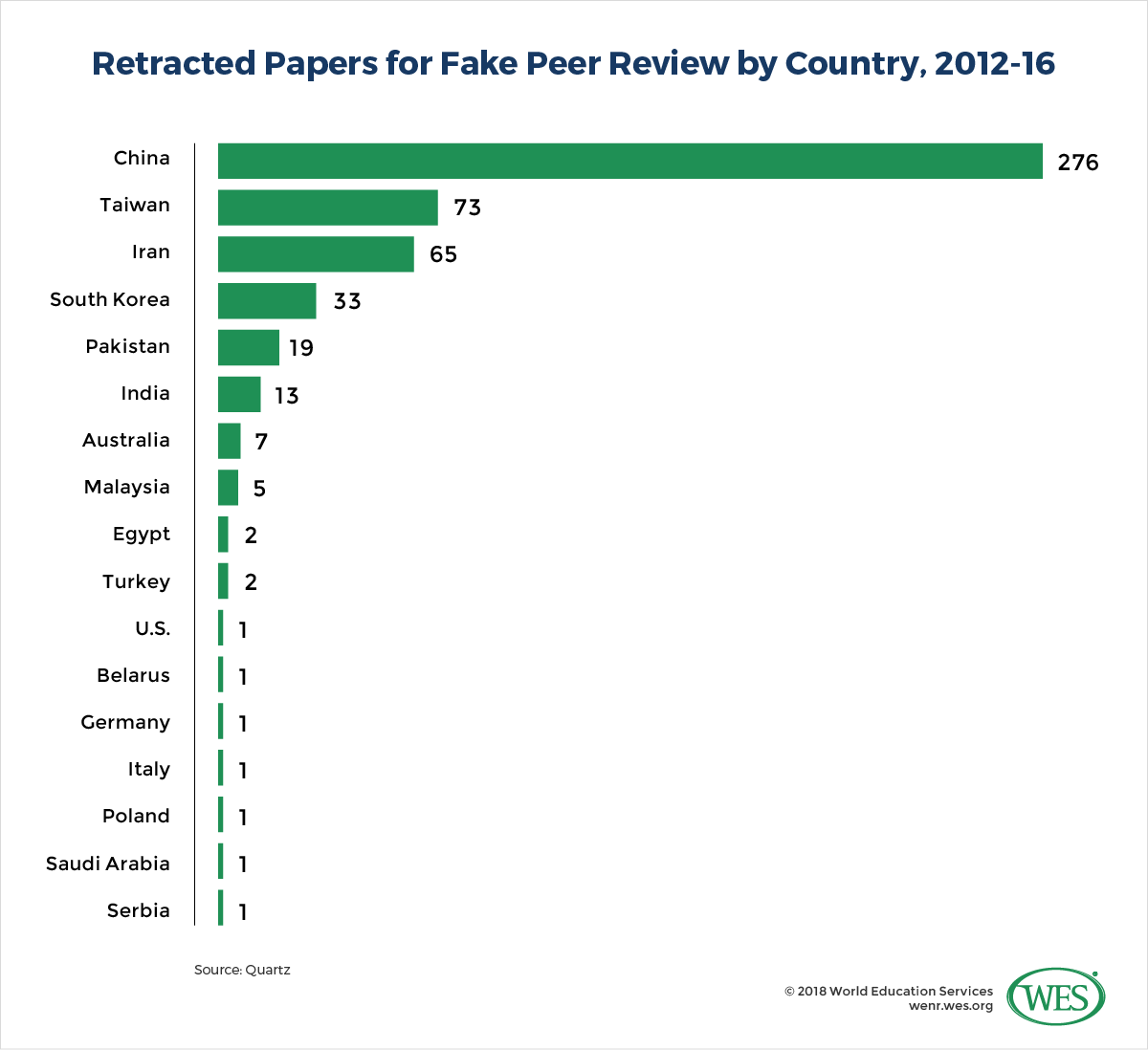 In terms of fake peer review per head of population, these figures suggest that the most corrupt country, by far, is Taiwan (population 23 million) then Iran, then South Korea.

In other words, you should be generally cautious about trusting the accuracy of scientific papers authored by scholars from these countries.

Author Mini Gu notes some systemic factors behind this corruption. In much of Northeast Asia, as well as in the developing world, many scientists are, in effect, âon commission.â If they land an article in a high-impact academic journal, then they get paid much more than if it is published in a less prestigious journal. Without publishing these articles their salaries are extremely low. Not only are they paid âby result,â but they also paid âper article,â naturally pushing them towards quantity over quality.

Even Western academics must publish a certain number of articles every few years for their contracts to be renewed. But the pressure here is extreme. We can understand how corruption will result. It ranges from self-plagiarismâpresenting, essentially, the same paper as though it were two different onesâto the much more serious issue of simply making data up.

A useful leader board on the latter is maintained by the website Retraction Watch . It lists the 32 scientists who have had to retract the most papers for scientific fraud of various kinds. Being slightly woke itself, Retraction Watch gloats that âWe note that all but one of the top 32 are men, which agrees with the general findings of a 2013 paper suggesting that men are more likely to have papers retracted for fraud.â But, needless to say, it doesnât say anything about the national origins of its top 32 most prolific retractors.

However, the results parallel, quite well, retractions for corrupting the peer-review process. Thus six of these scientists are Japanese, 4 are Indian, 3 are Iranian, 3 are South Korean, 3 are from the USA, 2 are Taiwanese, 2 are Chinese. Interestingly, some of these Third World scientists have corrupted other countries, most notably the USA. Indian Bharat Aggarwal was based at the University of Texas. Fazlul Sarkar, originally from Iran, was at Wayne State University in Detroit.[Researcher Fazlul Sarkar Has 12 More Papers Retracted, by Sukanya Charuchandra, The Scientist Magazine, September 17, 2018] Note that one of the people on the list was Taiwanese education minister Wei-ling Chiang! He was forced to resign in 2014 when his role in a peer-review corruption ring was unearthed. [Peer Review Scandal Takes Down Taiwanese Minister, by Yu-Tzu Chiu, IEEE Spectrum, July 16, 2014]

The corruption of science in countries like India, Iran and China is unsurprising. They either have low average IQs and/or are poor and these factors tend to predict corruption. (This tendency is discussed by Richard Lynn & Tatu Vanhanen in their 2012 book Intelligence, pages 152-157).

Quite why scientific corruption should be so prevalent in high IQ and wealthy Taiwan, Japan, and South Korea is less clear. One suggestion: they are strongly shame-orientedâsaving face is all importantârather than guilt-oriented, like the West, where individual conscience will sometimes stop people from doing things even when they can get away with them. Shame cultures arguably lead people to be dishonest in order to achieve much prized social status, in a way that they wouldnât otherwise be [Science as a Matter of Honour: How Accused Scientists Deal with Scientific Fraud in Japan, by Pablo Pellegrini, Science and Engineering Ethics, 2018].

Put simply, some countries are more prone to scientific corruptionâand so are people from those countries. I reported a while ago on how trust in universities may be gradually undermined by Political Correctness and the driving of genius scientists from universities due to increasing female dominance of academe.

Perhaps the habit of importing scientists from non-Western countries will be further nail in the coffin of universities.

(Republished from VDare by permission of author or representative)
← Peter Turchin and the Coming Crisis of ...MSM Wrong Again! Hillary Clinton, Not D... → Random Thoughts from the Heart of Darkness
Washington at Yuletide
Fred Reed
• 254 Comments • Reply
← Peter Turchin and the Coming Crisis of ...MSM Wrong Again! Hillary Clinton, Not D... →
Hide 33 CommentsLeave a Comment
"Some Countries Are Just Prone to Scientific Fraud. So Are Their Immigrants to the West"
• 33 Comments
Commenters to Ignore
Commenters to ignore (one per line) 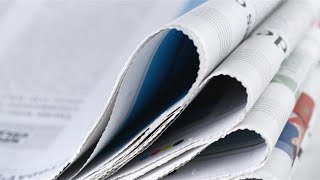