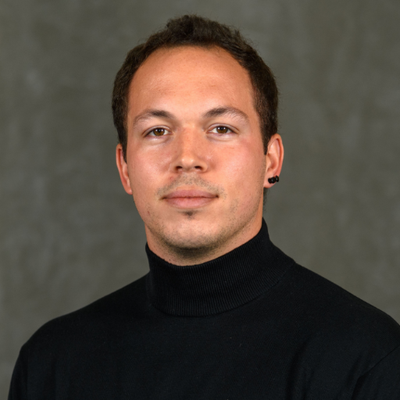 If you want to know what our Ruling Class wants us to think, an excellent resource is Smithsonian Magazine. The May 2, 2019 issue features an article titled âA New Civil War Museum Speaks Truths in the Former Capital of the Confederacy.â The first paragraph sneers:

After the war, its [Richmondâs] historians, writers, and sculptors manufactured âheroesâ of the Confederacy as men who treated enslaved people with paternalistic affection, fighting for just causes and statesâ rights.

The author, one Andrew M. Davenport (right) a Ph.D. student at Georgetown, appears secure in his belief that what the Richmond patriots of 1861-1865 said about their own ideals and intentions was nothing but a self-serving âmythâ made up after the fact. Why not? Most likely, his professors all hold the same view. Cultural Marxists have driven conservative historians from the campuses. In the absence of contradictory opinion, hatchlings like Mr. Davenport canât imagine having to support their assertions or address opposing ideas.

Of course, in the current academic climate, dogmatic denial of dissident views and uncritical support of the reigning orthodoxy increase the probability that Mr. Davenport will not be asking the question most often posed by History Ph.D.âs: âWould you like fries with that?â

The new museum, a merger of the recently-founded American Civil War Center and the long-established Museum of the Confederacyâwhich, Davenport [Tweet him] sniffs, âemerged directly from the Lost Cause propaganda machineââhas the following mission statement:

I seriously doubt that even-handedness is the real goal. The CEO, a âperson of colorâ named Christy Coleman (right)believes that the war âsaved and redefined what the republic would be.â

Coleman wants to give visitors the chance to understand the war from all sides and keep the conversation open on others who were impacted, including members of the LGBTQ community and women. She says black people avoided talking about the Civil War for a long time because the narrative of the war was taken away from blacks.

One can imagine the headline: âAtlanta in flames: LGBTQ Community Hardest Hit.â

What is really happening behind the scenes? Was the Museum of the Confederacy threatened with loss of funding if it did not âmergeâ with the American Civil War Center? Anyone with recent experience in running museums and historical exhibits in the South must suspect so.

Google âLost Cause,â and the first item to come up is a dismissive Wikipedia entry stating, 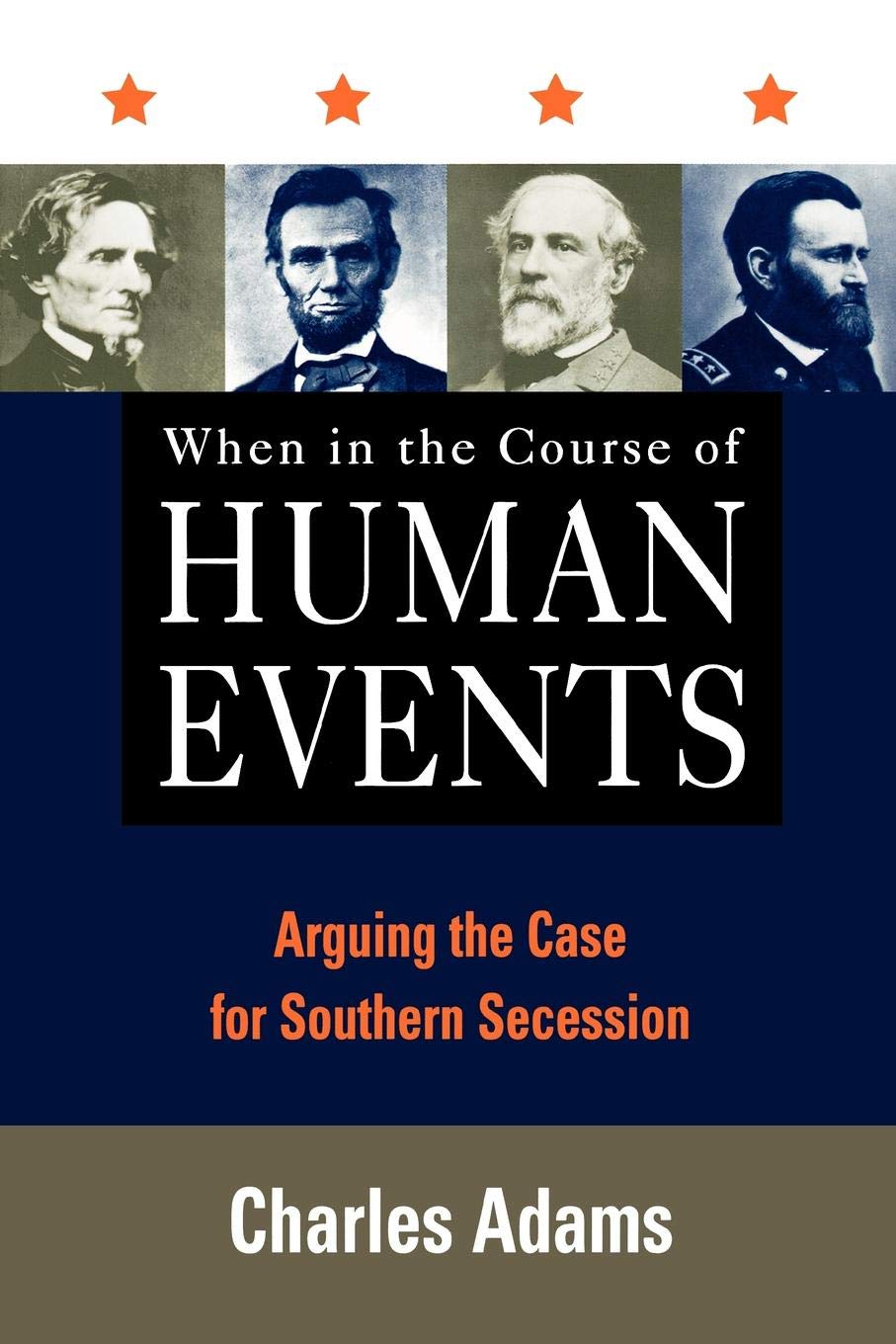 Apparently, a bunch of yuppie grad students think they know more about the South than the people who (like my own ancestors) actually lived there and stood against Lincolnâs invasion.

A full discussion of the history of the most destructive and unnecessary of Americaâs many bloody and needless wars is obviously beyond the scope of this post. Suffice to say that there is a serious body of scholarly work supporting all of the principal components of the so-called “Lost Causeâ concept: that slavery was not the main cause of the war, that states had a right to secede which was broadly accepted at the time, that the South was more strongly Christian while the North had slid into Unitarianism and post-Christian secular Puritanism, that slave owners were more benevolent than cruel, and that the South lost because it was outspent and outnumbered by a richer and more populous foe. One may find these arguments convincing or not, but they have never been definitely refuted. But when every organ of propaganda is imposing the same official view, the dissidents who defend Southern heritage need not be refuted; they are silenced and banished.

A normal person ought to wonder why, over 150 years after the war, Leftist academics are so intent on desecrating Confederate graves. Do they really think, as the Smithsonian headline claims, that they are, in the trite phrase, âspeaking truth to powerâ? When all the strategic ground is held by their side, why do they persist in persecuting those who honor the heroes of the Confederacy?

I think the answer is that the post-modern Left is utterly intolerant of any deviation from the party line. As Cory Booker said at the Democrat Partyâs national convention in 2016,

We are not called to be a nation of tolerance. We are called to be a nation of love. (APPLAUSE) Thatâs why that last line in the Declaration of Independence says it so clearly. It says that we mustâto make this nation work, we must mutually pledge to each other our lives and our fortunes and our sacred honor. Tolerance is the wrong way. Tolerance says Iâm just going to stomach your right to be different, that if you disappear from the face of the Earth, Iâm no better or worse off. But loveâlove knows that every American has worth and value, that no matter what their background, no matter what their race or religion or sexual orientation, love, love recognizes that we need each other, that we as a nation are better togetherâ¦[Transcript, ]

This pronouncement may sound warm and fuzzy if you donât notice that it sets up a love/hate dichotomy. If you donât love gay marriage or Open Borders or whatever, then you are a âHater” a.k.a. a fit object of hate.

The concept of tolerance was what put an end to centuries of religious wars in Europe. And yes, it does imply that my world will not collapse if you believe differently than I do. I reserve the right to disagree with you or to be indifferent to your silly beliefs, but I will keep out of your way if you keep out of mine.

Bookerâs alternative concept of âloveâ is a thinly veiled invocation of totalitarianism. Its irrelevant and cynical citation of the Declaration of Independence is mere sucker-bait.

At its core, this intolerance is the essence of the benign-sounding notion of âinclusiveness.â Inconvenient historical facts and memorials are being âincludedâ right out of existence, and new indoctrination centers, masquerading as museums, are bludgeoning the next generation into dumb submission.

School administrators and unimaginative teachers have a convenient place to send their little charges: the Lynching Museum in Montgomery, the Harriet Tubman Underground Railroad Visitor Center near Cambridge, or now the brand-new American Civil War Museum in Richmond.

There, our young are baptized in a brain-cleansing river of images that tell the same old story: happy, undeserving whites victimizing wretched, meritorious blacks. Ad they emerge steeped in the new religion of âlove.â

But do the black children love the white children more after this immersion? Are the whites more comfortable with the blacks? 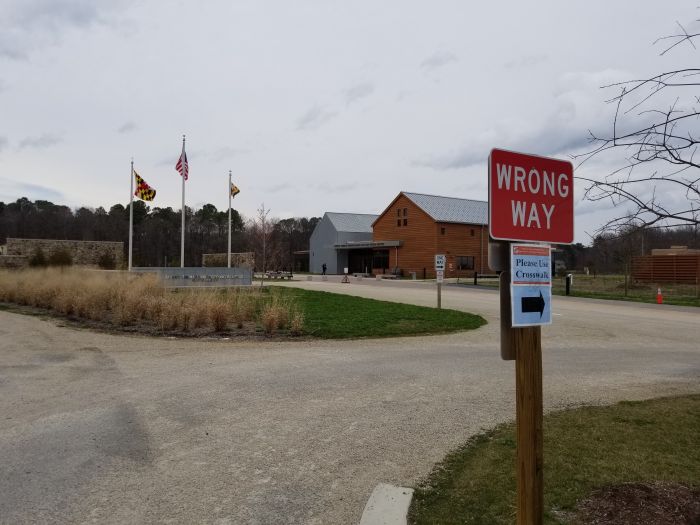 A Model Indoctrination Center: The Harriet Tubman Museum, near Cambridge, Maryland. The sign says it all. The facility processes bus-loads of captive school children daily. (Photo by author).

Why is this destructive, divisive project endorsed by the leaders of government and industry? Because what Paul Gottfried calls the âManagerial Stateâ needs to sow division in order to present itself as the indispensable arbiter of justice. And international capitalism requires the suppression of dissident, religious, and traditional views that might interfere with the standardization and commoditization of workers and consumers.

Welcome to the system the Confederates fought to leave.

Barton Cockey, MD [Email him] is a 9th-generation Marylander and an author, lecturer and blogger. He has a lifelong interest in the history and traditions of our country and has co-authored a number of books including the illustrated history Baltimore County, Historical Reflections and Favorite Scenes. His latest book is a satirical novel: The Sacred Fury,set in Baltimore in the very near future.

Subscribe to All Barton Cockey Comments via RSS
PastClassics