Sydney Schanberg won a Pulitzer Prize for his reporting on the war in Indochina. Yet his explosive 2008 essay âMcCain and the POW Cover-Upâ was stonewalled by the mainstream media. Here we present Schanbergâs account of his struggle to bring the story of Vietnamâs forgotten veterans to the publicâs â and pressâs â attention.

From the beginning, nearly 40 years ago, the evidence was in plain sight. For reasons unexplained, however, the mainstream press did not acknowledge it and has continued to ignore it to this day.

Iâm referring to the evidence that North Vietnamâafter the peace treaty had been signed on Jan. 27, 1973 in Parisâheld back hundreds of American prisoners, keeping them as bargaining chips to ensure getting Washingtonâs promised \$3.25 billion in war reparations. The funds were never delivered, and the prisoners were never released. Both sides insisted to their people and the world that all POWs had been returned, challenging the voluminous body of facts to the contrary.

But behind the scenes, where the press did not go then or now, President Nixon accused Hanoi of not returning a multitude of prisoners. In a private message on Feb. 2, 1973, Nixon said U.S. records showed 317 prisoners in Laos alone. âIt is inconceivable,â he wrote, âthat only 10 of these menâ were being returned.

Hanoi stonewalled and never added any men to its prisoner list. Yet just two months later, Nixon did an about-face and claimed proudly on national television, âall of our American POWs are on their way home.â He had to know he was telling a terrible lie.

There were occasional times when the press detoured from its pattern of disinterest. Early in 1973, for instance, the New York Times published a front-page story that described how taken aback the intelligence community was by the tiny number of prisoners being released from Laos. But neither the Times nor any other major news organization followed up with a serious investigation.

I take no pleasure in criticizing my profession. But in a sense, the press too abandoned the POWs. By its silence, the news community enabled Washington to cover up the scandal â though scandal is too mild a word for it. I believe it is a national shame.

I need to pause here to praise the one shining example in the national press. That would be Newsday, the only major newspaper that took on the POW story without blinking. During my decade there as a columnist, I started doing serious research and writing about the POW cover-up. In one 15-month period, I wrote 36 columns and a four-part, page-one series, most of them investigative pieces describing the underbelly of the cover-up. The series involved a search in Vietnam for evidence about the case of one downed pilot who never returned.Newsday is one of the handful of newspapers where investigative journalism in the modern era was born. To their great credit, Newsday and Tony Marro, its editor at the time, never hesitated to dig into the story.

People sometimes ask why I keep coming back to the POW story. I donât have a one-sentence answer. My mentors at the New York Times taught me the importance of staying with a story. If you keep peeling back the layers, you may get to its core, which is the goal. It has worked for me. Skimming the surface of stories doesnât get reporter or reader very far.

Some apologists in the press point out that most Americans, not just the press, ran away from the Vietnam War after it ended. Our nation had lost a foreign war for the first time in its history. Americans were divided, ashamed, angry. There were no ticker-tape parades for the returning soldiers. Many at the Pentagon and in other government circles were blaming the press for writing critically about the war. But whatever heat the press gets from critics, running away from an important story is not the answer.

Apologists also cite differing social classes. They point out that for roughly the last four decades, since the expiration of the draft, reporters have generally come from college-educated, privileged backgrounds, and the volunteer Army became an entity largely composed of young men seeking to climb out of low-income roots to a better life. So, this theory goes, reporters donât feel much connection with the military.

Thatâs a foolish excuse for ignoring the world of soldiers. (Full disclosure: After college, I served two years in the Army during the Cold War, posted in Germany.) Every reporter, man or woman, should be mature enough to comprehend the responsibilities of the military and relate to its difficulties. It canât be too hard to imagine the lives of the prisoners who were never returned to their families. The government had told these soldiers that if they were wounded or captured, it would do everything in its power to save and heal them.

Well, sometimes that isnât the whole truth. Maybe their platoon buddies would do everything possible, but governments have multiple agendas. Nixon was desperate to get out of the Vietnam War, the albatross that had ended the political career of his predecessor, Lyndon Johnson. Also, the Watergate scandal was creeping up on him. Maybe Nixon thought he might be able somehow to bring those men home later by other means. Maybe. But it didnât happen. Both governments had sworn there were no POWs left behind, and with each passing year those enormous lies became more embedded in stone. They have now held sway across eight presidencies. 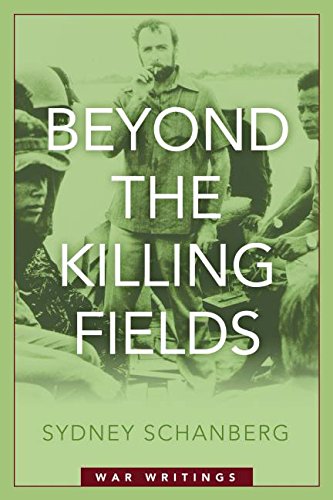 A hypothetical question: what would happen if a president decided to break ranks with the POW secrecy and ordered the immediate declassification of those hidden documents that would break the story wide open? The press has never fought to unseal them, and Sen. John McCain has spent a good chunk of his legislative career doing the Pentagonâs bidding and pushing through the bills that keep those documents buried. (In all those profiles of McCain written by the national press as he campaigned twice for the presidency, I could not find a paragraph that mentioned these legislative activities.)

But back to the question of what would happen if a president suddenly brought those hidden documents into the light. My guess would be that hell could break loose. Some people might go to jail for violating the public trust and their oaths of office. Thereâs no statute of limitations on crimes like murder, and most of those abandoned prisoners are probably no longer alive. Those who began and continued the cover-up were surely accomplices in their deaths. At the very least, laws affecting the military would be rewritten. And the reputations of the people who played the largest roles would crumble all over the countryâpeople such as Henry Kissinger, John McCain, John Kerry, and Dick Cheney, plus many others, including Pentagon chiefs, national security advisers, secretaries of state, intelligence chiefs, and so on. Since this is probably all a daydream, may I say that perhaps it could be a cleansing of the templeâfor a while at least, human nature being what it is.

In recent years, I have offered my POW stories to a long list of editors of leading newspapers, magazines, and significant websites that do original reporting. And when they decline my offerings, I have urged them to do their own POW investigation with their own staff under their own supervision.

The list of these news organizations includes the New York Times, the Washington Post, the Los Angeles Times, New York magazine, The Atlantic, The New Yorker, Harperâs, Rolling Stone, Mother Jones, Vanity Fair, Salon, Slate, Talking Points Memo, ProPublica, Politico, and others. To my knowledge, none have attempted or produced a piece.

Their explanations for avoiding the story have never rung true. I have chosen not to use the names of the editors or the texts of their rejection messages, which could embarrass some of them. This is not a personal difference, but a professional one. I have decided instead to summarize their comments.

Some said they didnât have enough staff to do the story. Others said the story was âoldââeven though we have never found out what happened to the missing prisoners. I sensed often that these news people were afraidâthat the story was too hot for them to handle because it could cause too many repercussions. Arenât journalists supposed to look into difficult stories and the wrongdoings of important people? Arenât they also supposed to expect blowback?

I asked these editors about the mountain of hard evidence attesting to the existence of abandoned men. In particular, I asked about the witness evidence, the 1,600 firsthand live sightings of American prisoners after the war. Did these journalists believe that every last one of the 1,600 witnesses was lying or mistaken? Many of these Vietnamese witnesses were interrogated by U.S. intelligence officers. Many were given lie-detector tests. They passed. The interrogatorsâ reports graded the bulk of the witnesses âcredible.â A few of the journalists I have nudged to go after the story acknowledged that their paper or magazine or TV network had âblind spots.â But again and again, the vast majority have hemmed and hawed and said they had âdoubtsâ about the POW information. Isnât doing the reporting the best way to confirm or dispel doubts?

I would run through the long gamut of known intelligenceâofficial radio intercepts of prisoners being moved to and from labor camps in Laos, satellite photos, conversations overheard by Secret Service agents inside the White House, ransom offers from Hanoi through third parties, sworn public testimony by three U.S. defense secretaries who served during the Vietnam era that âmen were left behind.â The press wasnât and isnât interested.

Ron Unz: How I met the real John McCain

Andrew J. Bacevich: Will Iraq be forgotten as well?

John LeBoutillier: How the D.C. media covers for the establishment American Pravda: Was Rambo Right?
Hundreds of POWs may have been left to die in Vietnam, abandoned by their governmentâand our media.
Ron Unz
• 88 Comments • Reply ← Show Me the MoneyJohn McCain and the POW Cover-Up →
Current Commenter
says:
Current Date at Time Now
Leave a Reply - Comments on articles more than two weeks old will be judged much more strictly on quality and tone
Cancel Reply
Commenting Disabled While in Translation Mode

Subscribe to All Sydney Schanberg Comments via RSS
Personal Classics