Indiana mayor Pete Buttigieg is the first openly homosexual man ever to run to be President of the United States. Heâs even married to junior high school teacher Chasten Glezman (who, interestingly has taken Buttigiegâs surname [Pete Buttigiegâs Husband Chasten Has an Incredible Backstory, By Emma Dibdin, O: The Oprah Magazine, July 31, 2019]). The Mainstream Media can hardly contain its delight at the fact that Buttigieg, who is only 37, is doing so well: He is one of the âTop 4â contenders for the Democratic nomination [Democratic debates: Snoozefest has top 4 running in place as other 6 feebly jab, By Melissa Schultz & Aaron Fels, New York Post, November 21, 2019]. It almost seems impolite to point out that gays, like women, are systematically more prone to certain personality traits that, while obviously not disqualifying, are problematic in political leaders.

Not only is Buttigieg gay, but he is a âgay Christian.â This allows him to try to âsquare the circleâ for more conservative potential voters: Gay? Yes. But also a traditionalist Christian. Raised Roman Catholic, he became an Anglican while studying at Oxford University [Pete Buttigieg: Everything you need to know about the 2020 presidential candidate, By Nataly Pak et al., ABC News, September 13, 2019]. 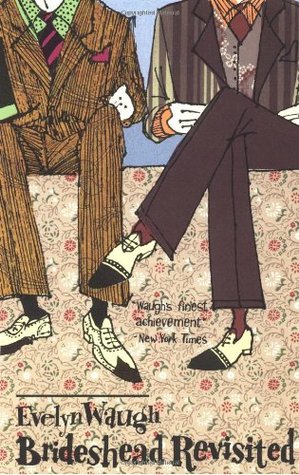 Oxford, almost exclusively male until at least World War II, has long had a homosexual subculture. English upper-class boys attended single-sex âpublic schoolsâ (prestigious private boarding schools) such as Eton and then went on to study at university, at single-sex colleges. This was famously if tactfully portrayed in Evelyn Waughâs novel Brideshead Revisited, in which, in 1923, two Oxford undergraduate public school boysâCharles Ryder and Lord Sebastian Flyteâbecome rather more than just rowing buddies. Twenty years later, Charles returns to Brideshead, a stately home, âhomeless, childless, middle-aged and loveless.â Deeply unhappy, he takes a great deal of solace in religion.

You see, it must be remembered that gay men are not very happy people. And this would have to be borne in mind if Buttigieg were ever to become Commander in Chief.

Homosexuality presents a conundrum for evolutionary theory: it should have been bred out. One explanation, according to human sexuality researcher Ray Blanchard: homosexuality is an example of âdevelopmental instabilityâ. It is a manifestation of something having gone wrong, usually early in development, due to mutant genes, a sub-optimal environment (including a sub-optimal environment in utero due to the mother producing too much or too little of various hormones) or combinations of the two factors [Review and theory of handedness, birth order, and homosexuality in men, By Ray Blanchard , Laterality, 2008].

A key reason why a male fetus might end up homosexual that is not directly a matter of genes, argues Blanchard: the motherâs immune system reacts to male hormones, emitted by the male fetus, by producing female hormones. If her suboptimal genetics mean that she produces too much, or the fetus has a weak immune system, then this will âfeminizeâ the male fetus, sometimes to the point of it being homosexual.

Hence the established fact that the more older brothers a boy has, the more likely he is to be homosexual–because the femaleâs immune system will react more strongly every time. Each older brother a boy has increases his odds of being homosexual by 33%.

Blanchard argues that homosexuality, which is about 0.4 heritable in males, may be an adaptation to reduce inter-male violence over females. It means that, as the male population rises, a portion of males wonât be interested in the females. They may instead invest their resources in their nieces and nephews, keeping a propensity for homosexuality in the population.

Blanchard observes that homosexuals are psychologically and physically more feminine than heterosexual men, including even in their intelligence profile: higher in linguistic skills, low in spatial intelligence. According to a study in the Journal for the Scientific Study of Religion, gay men are also more religious that heterosexual men. This is seemingly because religiousness is predicted by the personality trait âAgreeablenessâ and women are higher in this than man and, therefore, women are more religious than men. Thus, as feminized men, gay men are more religious than heterosexual men [Sexuality and religious commitment in the United States: An empirical examination, By Darren Sharkat, Journal for the Scientiï¬c Study of Religion, 2002].

But, even so, homosexuality is an example of developmental instability and, therefore, it correlates with other such examples.

Blanchard argues that we are generally supposed to be right-handed. Left-handedness, thus, implies that we havenât been able to develop a symmetrical brainâdue to developmental instabilityâcausing us to overuse the right side of the brain. There is, therefore, slightly elevated left-handedness in homosexual males. Pete Buttigieg, being a southpaw, exemplifies this tendency.

Blanchard suggests that such an atypical brain might lead to people becoming sexually interested in atypical things, such as members of the same sex or even in objects, as is found among fetishists.

But might Buttigieg exemplify the other forms of developmental instability that are statistically associated with homosexuality?

Homosexuality is associated with the mind having developed sub-optimally, resulting in strongly elevated levels of depression and thinking about suicide. According to one large study, 60% of homosexual youth report symptoms of depression compared to 26% of heterosexual youth. 43% of gay youths contemplate suicide as against 15% of straight youths. 29% of young gays attempted suicide, compared to 6% of heterosexual young people [Sexual identity, sex of sexual contacts and health-related behaviors among students in grades 9â12 âUnited States and selected sites, By L. Kann et al., Morbidity and Mortality Weekly Report, 2016].

Pete Buttigieg, as it happens, has admitted that he has suffered from depression, just as the published research would predict [Exclusive: Buttigieg says he suffered depression on return from Afghanistan, By Mike Allen, Axios, June 17, 2019].

Leftists might put this homosexuality-depression correlation down to âdiscrimination.â But this wouldnât make sense of why homosexuality also correlates with left-handedness and why, as Blanchard notes, left-handedness is, itself, correlated with poor mental health as well as with autoimmune disorders, such as allergies and asthma. Homosexuals are more likely to suffer from asthma than are heterosexuals, according to a study in the American Journal of Public Health [Sexual Orientation Differences in Asthma Correlates in a Population-Based Sample of Adults, By Stewart Landers et al., American Journal of Public Health, 2011].

Blanchard found that homosexuals are more likely to have various immune disorders. Thus, the simplest explanation for poor mental health among gay men is that they are, in part, a manifestation of this developmental instability.

It follows that if the Democrats nominate a homosexual presidential candidate, and if the American people elect such a candidate, they are more likely, than if this person were heterosexual, to electing somebody who is more prone to being mentally ill and physically ill.

Of course there are individual exceptions. Any anyway most professional politicians are probably psychologically odd.

But Pete Buttigiegâs personality, is surely, something that the American people should take very seriously, considering the importance of the decisions that our Commander in Chief has to make. If Mayor Buttigieg Were Any Good On National Question, I Wouldnât Care If He [Expletive Deleted]. But Heâs Not.
John Derbyshire
• 89 Comments • Reply

Four More Years ofâ¦
Andrew Joyce
• 176 Comments • Reply
← The Meghan Markle Mess: I Told You So!Do You Know All Coronavirus Victims App... →
Hide 23 CommentsLeave a Comment
"Pete Buttigieg and PsychologyâCommander In Chief-Worthy or Not?"
• 23 Comments
Commenters to Ignore
Commenters to ignore (one per line)

← The Meghan Markle Mess: I Told You So!Do You Know All Coronavirus Victims App... →
Current Commenter
says:
Current Date at Time Now
Leave a Reply - Comments on articles more than two weeks old will be judged much more strictly on quality and tone
Cancel Reply
Commenting Disabled While in Translation Mode