Martin Rojas
◄►Bookmark◄❌►▲ ▼Toggle AllToC▲▼Add to LibraryRemove from Library • BShow CommentNext New CommentNext New ReplyRead More
ReplyAgree/Disagree/Etc. More... This Commenter This Thread Hide Thread Display All Comments
AgreeDisagreeThanksLOLTroll
These buttons register your public Agreement, Disagreement, Thanks, LOL, or Troll with the selected comment. They are ONLY available to recent, frequent commenters who have saved their Name+Email using the 'Remember My Information' checkbox, and may also ONLY be used three times during any eight hour period.
Ignore Commenter Follow Commenter
Search Text Case Sensitive  Exact Words  Include Comments
List of Bookmarks

Martin Christopher Rojas has died unexpectedly at age 29. Jared Taylor has written a beautiful, deeply felt tribute to him. Martin wrote a very interesting account of life in rural West Virginia for TOO under one of his many pseudonyms, Christopher Martin. I met him a couple times. Great guy, and reading Jaredâs obituary, one realizes what great talent he had. As Taylor notes:

Rojas never lost sympathy for the working-class people he knew growing up. He took unpaid leave from AmRen to spend a week in one of the poorest towns in West Virginia, where he got to know whites who were barely scraping by. They had been studied so many times, they were suspicious of yet another outsider from whom they expected yet another sneering exposÃ©. He won their confidence and wrote a portrait of the town that is one of his best pieces.

I am very proud to have posted âGrace and Grit in Southern West Virginia.â His conclusion is a good illustration of his sympathy for the working class:, his erudition, and his graceful writing style:

At the end of the week, I drive home and thereâs everything to think about alone in my car for hours and hours. Itâs as if I canât even remember what I was expecting to find now that Iâve seen so much. Southern West Virginia is poor, and the stories of its heartbreak could fill the Library of Congress a hundred times over. But I knew all that before I got thereâ you probably did, too. However, itâs not some kind of âbig White ghettoâ in the midst of a Hobbesian war of all against all. Iâve really never met kinder people. Iâve also never met a people more determined to withstand it all and persevere. The place enlightened meâ but only after it humbled me. All of us really do have a lot to learn from these people. Marcus Aurelius wrote that, âNothing can happen to any man that nature has not fitted him to endure. Your neighborâs experiences are no different from your own; yet he, being either less aware of what has happened or more eager to show his mettle, stands steady and undaunted. For shame, that ignorance and vanity should prove stronger than wisdom!â My Christian friends assure me that Christ agrees. I couldnât tell you if God is real, but after a week in Welch, I do know for certain that God smiles upon southern West Virginiaâ and on the rest of us as well. 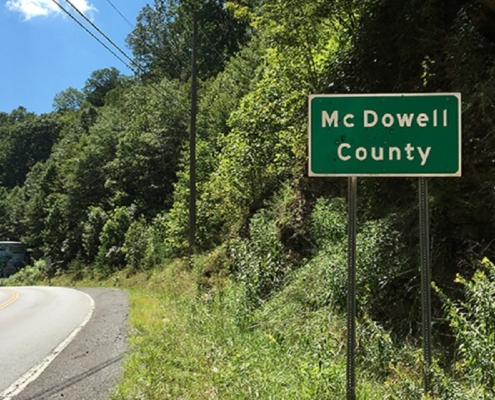 Are the White Boys Willing to Die in Defense of the Gay Disco?
E. Michael Jones
• 427 Comments • Reply
← Review: the NorthmanAleksandr Dugin on the Alien, Substanti... →
Current Commenter
says:
Current Date at Time Now
Leave a Reply - Comments on articles more than two weeks old will be judged much more strictly on quality and tone
Cancel Reply
Commenting Disabled While in Translation Mode