This is part of our continuing series of accounts by readers of how they shed the illusions of liberalism and became race realists.

On a Fourth of July back in the mid-1990s, my friends and I gathered with some 300,000 other Bostonians on the banks of the Charles River to listen to the Boston Pops and watch the fireworks. Amid the throngs of people on our walk home was a small group of black teens amusing themselves by firing bottle rockets only slightly over the heads of the crowd. Aside from being illegal, this was obviously quite dangerous. At the time, I thought to myself, âDonât they understand that they could take out someoneâs eye?â Looking back, I suspect that putting others in danger was the whole point of the exercise. A more interesting observation is that neither I nor anyone else said or did anything to intervene. The black kids knew that they would be able to behave in such an anti-social way among so many white people without fear of a scolding, much less enduring a beating from an angry mob of whites. Cowardice might explain why none of us acted individually, but it doesnât explain our lack of collective action.

In Boston, I lived in affluent neighborhoods, yet had to contend with almost routine petty (and not so petty) crime. When the race of the perpetrators, when possible to identify, was always black. I had a family business in the Financial District, and my mother worked alone behind the retail counter. She was robbed at knifepoint once for the tiny amount of cash in the till. On another occasion, she went out back for a moment to get something for a âcustomerâ only to return to find him helping himself to the cash in the till (Years earlier, as a gullible teenager working behind the counter at an ice cream parlor, Iâd been conned into giving a black man change for a twenty when heâd given me a five). At my business, I hired several blacks, many of whom simply stopped showing up to work after a week or two. Those who stayed, with a couple of notable exceptions, did shoddy work.

At family get-togethers, none of us were willing even to admit the existence of a pattern, let alone discuss it. Doing so would have violated an ironclad taboo, even after my mother was mugged by black teenagers in a Cambridge supermarket parking lot. There are so many other anecdotes. My girlfriend had parked her car in front of my apartment building and we were awoken by a call from the police that night. They informed us that we could travel to the city lot to pick up her car which had been stolen and its thieves apprehended. She appeared at court months later. Friends in other cities were dealing with the same stuff. A buddy in Los Angeles was carjacked at gunpoint and taken to an ATM where the thugs withdrew the daily maximum from his account. A female friend was minding her own business on the New York subway when a black woman attacked her with punches and kicks yelling, among other things, âYou f*cking blond b*tch.â

I left Boston and came to South Korea to teach. Among the many English teachers at my university, those of African descent stood out. So many shirked their responsibilities, allowing their colleagues to take up the slack. In its wisdom, the university hired an African American Human Resource Manager who quickly assembled a cadre of incompetent blacks (many of whom didnât know basic English grammar rules) to take over several departments. It turned out that the university had not done a sufficient background check on her, and she had been a major player in the Atlanta school systemâs standardized testing fraud. She was fired. The same university also sees the baseless formal allegations of racism that have become so common in America. Such complaints are not dismissed out of hand here, but at least the accused can still expect a fair hearing.

Believe it or not, these experiences didnât make a race realist of me. At least, not on their own. What really did it was an observation about Korean society. Here, many school children endure the drudgery of what are called âcram schools,â in which schools stay open as late as 10:00 PM, so itâs common to see middle school-aged children walking the streets after dark. Parents rightly assume that their children will return home safely. For my part, there is no area in Seoul where I would hesitate to walk at any time, day or night. I donât think I could say the same of any large or even mid-sized American city. We all know why that is.

Before my views evolved, I understood black behavior as the price we had to pay for Americaâs history of slavery and segregation. I bore my share of the collective guilt because I lived in a society that had grown wealthy on the exploitation of Africans and others. Besides, I knew there was no genetic explanation for differing behaviors. My college psychology professor had explained that IQ tests were âEurocentricâ and designed so that whites would come out on top. As such, whites were responsible for black misbehavior, and therefore responsible for finding solutions.

Jared Taylor states that some ideas are so ridiculous that only really intelligent people can believe them. His point is well taken, but there is more to it than that. I come into contact with many academics who share my former delusions. Most arenât all that smart. They are, however, indoctrinated. I donât know whether Kevin MacDonaldâs thesis that Europeans are particularly susceptible to moralistic propaganda is robust, but it is certainly plausible. The lowering of standards for the sake of diversity and equity has done more than just bring unqualified Africans into our professional midst. It has also encouraged delusional whites to spew the most preposterous nonsense, all with an astonishing air of self-assurance. I claim no expertise in persuading our white brothers and sisters to reevaluate their beliefs, but I recommend carefully considering whether to come at them with a logical, emotional, spiritual, or identity based approach. For my part, I just try to speak truth in the face of deceit. 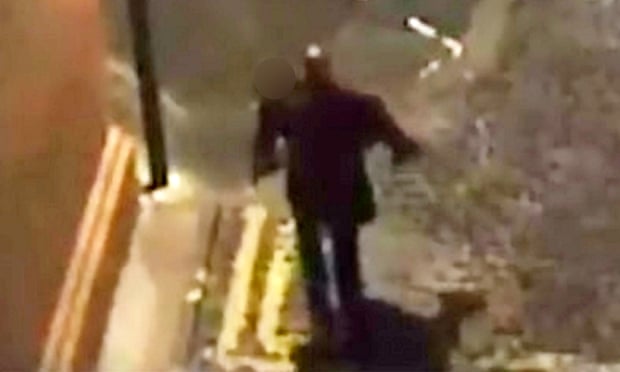 Subscribe to All Jim Smith Comments via RSS
PastClassics