The black-run District of Columbia government has just agreed to pay \$1.6 million to people who suedâbacked by the ACLUâover being arrested for rioting in the January 20, 2017 riots protesting the election of Donald Trump.

This is probably collusive, like “Consent Decrees” and Jacob Frey’s \$27 million settlement with the Floyd Family in Minneapolis. It’s not Frey’s money, or the District Government’s, either, it’s the taxpayers’ money, and they want to lose these lawsuits, if it suits their political goals.

NPR quotes a guy from the ACLU, cheering this on:

“The contrast between the over-policing of constitutionally protected speech on Inauguration Day 2017 and the under-policing of a violent invasion of the U.S. Capitol earlier this year starkly demonstrates law enforcement’s institutional biases,” Scott Michelman, legal director of the D.C. ACLU, wrote in a news release. “A diverse group of protestors with a left-wing message was subjected to a mass arrest without cause, whereas armed white insurrectionists with a right-wing message stormed Congress, and the police let them walk away.”

They say that MRE’s, the Army’s Meals Ready To Eat, provide “Three Lies for the Price of One … it’s not a Meal, it’s not Ready, and you can’t Eat it.” I think the statement above by the the ACLU’s Michelman has that beat by at least three (note the bold-faced parts above) however, to limit it to three, the January 6 protesters weren’t “insurrectionists”, they weren’t armed, and the police didn’t “let them walk away”. Some were arrested on the spot, one unarmed woman was shot, and others have been pursued all over the country.

But the main point is that the J20 Riots were a huge deal, and the fact that no one went to jail for them is why we’re suffering riots all over the country…everywhere except Washington.

Recently, in an introduction to VDARE.com editor Peter Brimelow’s “It Will Come To Blood” Four Years LaterâThe Left’s Trump Inauguration Day Tantrum Was Just The Beginning, I wrote that we’ve been hearing a lot about “right-wing violence” at the recent Capitol protests from pundits who seem to have forgotten that the Communists who rioted against Trump rallies before he was elected also turned up on his first day in office to riot against his election.

Peter wrote that after Inauguration Day 2017 about the substantially-unreported military occupation and fencing in the District of Columbia, which notoriously prevented Trump supporters getting to the reviewing stands, resulting in much media gloating. But Biden’s Inauguration had much more military preparation, and twelve-foot fences with razor wire…something Trump’s disloyal subordinates wouldn’t put on the border fence.

And this was cheered by the same people who thought that Trump’s 2019 Fourth of July military parade was some sort of “Crossing The Potomac” moment.

That means that you could either say that the outgoing Trump Administration is protecting Biden better than the Obama-Biden Administration was willing to protect Trump…or that the Deep State is on Biden’s side.

There was no reason, two weeks after January 6, 2021, to expect any trouble from the 74 million Americans who voted for Trumpâthe Capitol Protest was apparently spontaneous, and mild by the standards of the Summer of George Floyd. But the J-20 Riots of 2017 were planned and organized by Antifa.

The “DisruptJ20.org” website, proof if proof were needed, is still online. 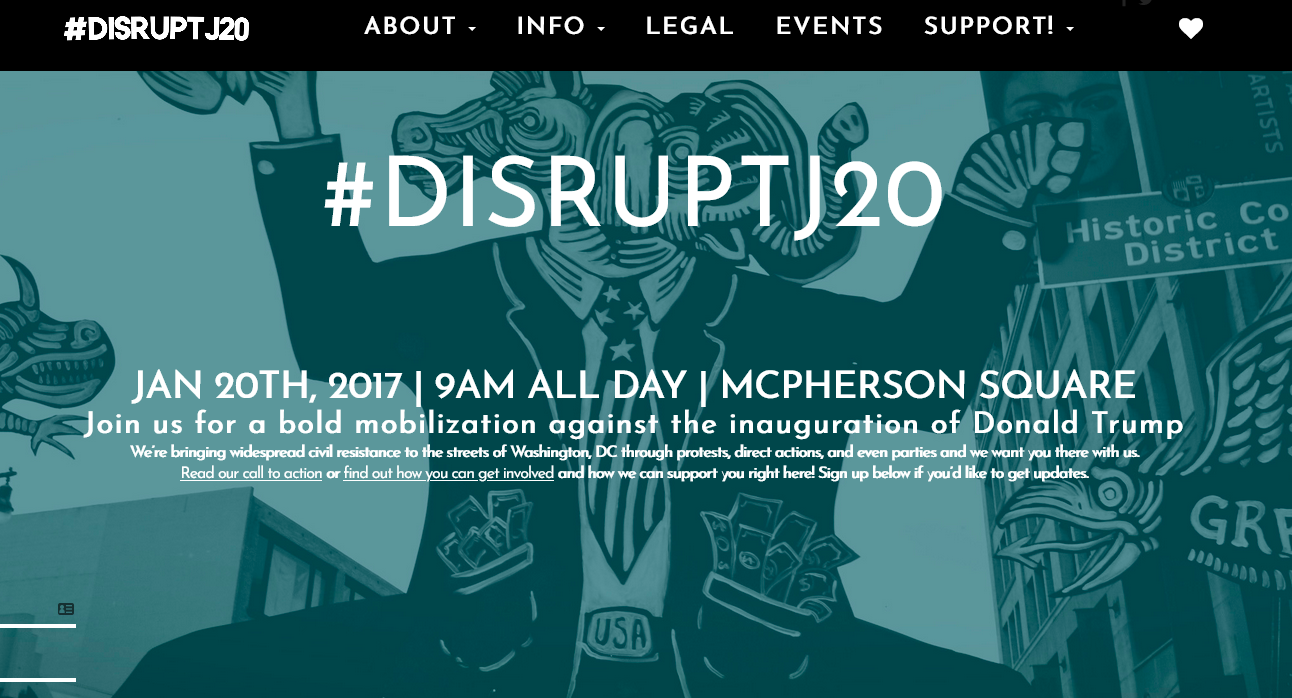 Below, two views of what I think was the same limo which was “protested” by someone who threw a protest flare into its interior. 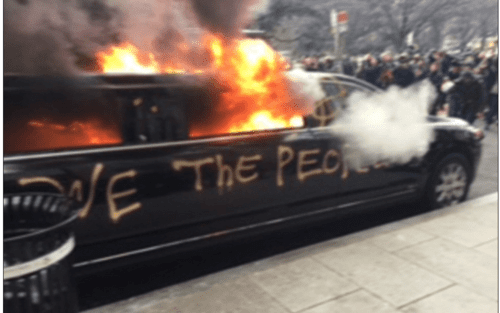 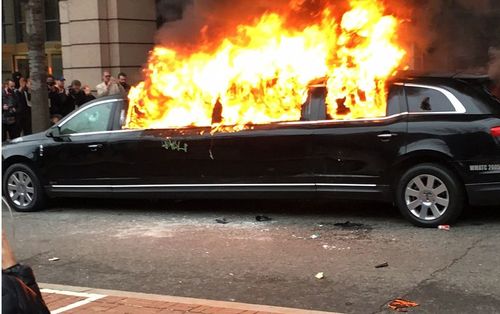 Anti-Trump protesters will face up to 10 years in prison

Protestors in DC smashed the windows of my hired SUV & many other cars. I was working in-studio & am ok, but my driver is a bit rattled.

I don’t blame him for being rattled. I don’t know if anyone was in the car hit by the protest flare, but I don’t believe that the “protesters” cared.

And here’s some of coverage of the sabotage of the prosecution by Kritarchs and the Deep State:

In spite of all this rioting, burning, and smashing in 2017, and the failure to punish it by Federal bureaucracy and Democrat-appointed judges, I would not, of course, describe it as the “worst attack on our democracy since the Civil War” because that would be really stupid.

"Left wing terrorists literally detonated a bomb in the US capitol in 1983 and one of them was later granted clemency by Bill Clinton."@JoeBiden slammed for calling Capitol riot "worst attack on our democracy since the Civil War" in speech to Congress. https://t.co/BzzTgotFMa

Another riot planned and organized by Antifa: the assault on the Unite The Right Rally (itself a genuinely peaceful protest) at Charlottesville in August, 2017, eight months after the Inauguration Riots.

The Left has always been the party of riots that are called protests, and we’ve just had a year of burning, looting, murder, and destruction to prove it. See Michelle Malkin: Amnesia of the Anarcho-Tyrannists for more.

The question is will the “exemplary” punishment of the Capitol protesters, which looks to be massively unequal justice, intimidate dissident members of the Historic American Nation? Or will it, as Admiral Yamamoto was depicted as saying after Pearl Harbor, “awaken a sleeping giant and fill him with a terrible resolve“?

James Fulford [Email him] is a writer and editor for VDARE.com.