Justin Raimondo, former editorial director and co-founder of Antiwar.com, is dead at 67. He died at his home in Sebastopol, California, with his husband, Yoshinori Abe, by his side. He had been diagnosed with 4th stage lung cancer in October 2017.

Justin co-founded Antiwar.com with Eric Garris in 1995. Under their leadership, Antiwar.com became a leading force against U.S. wars and foreign intervention, providing daily and often hourly updates and comprehensive news, analysis, and opinion on war and peace. Inspired by Justinâs spirit, vision, and energy, Antiwar.com will go on. 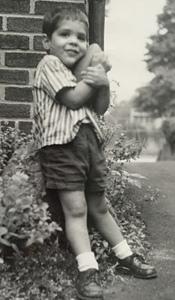 Justin (born Dennis Raimondo, November 18, 1951) grew up in Yorktown Heights, New York and, as a teenager, became a libertarian. He was a fierce advocate of peace who hated war, and an early advocate of gay liberation. He wrote frequently for many different publications and authored several books. He was also politically active in both the Libertarian and Republican parties.

When Justin was six, he was, in his own words, “a wild child.” This will surprise no one who knows him. In “Cold War Comfort,” which he wrote for Chronicles Magazine, he tells how he dashed out of his first-grade class with his teacher chasing him. Because this was a daily occurrence, he writes, he was sent to a prominent New York psychiatrist named Dr. Robert Soblen. Just this decade, Justin got his hands on Soblenâs notes on his case and learned that Soblen had concluded that Justin was schizophrenic. Soblenâs reason? Justin was Catholic, claimed to have seen the Virgin Mary, and believed in miracles. Soblen recommended locking up young Justin in a state mental institution. The one Soblen had in mind was Rockland State Hospital, which, according to Justin, was the backdrop for the movie The Snake Pit.

Soblen was not just a psychiatrist. He was also a top Soviet spy and friend of Stalin who was tasked with infiltrating the American Trotskyist movement. He was ultimately convicted of espionage and sentenced to life imprisonment in 1961. Ultimately, in 1962, Soblen committed suicide after jumping bail, fleeing to Israel, and seeking asylum in the UK.

When Justin was 14 years old, he wrote an article on Objectivism, Ayn Randâs philosophy, for a local New York newspaper. Randâs lawyer, Henry Holzer, responded by sending him a “cease and desist” letter. Not long after, Justin went to a lecture at the Nathaniel Branden Institute and stood in line to get a book signed. He was identified, pulled out of line, and escorted to a private room. Soon Nathaniel Branden came in and gave Justin a resounding lecture. Shortly after this, Ayn Rand herself entered the room with her entourage. According to Justin, she seemed surprised that he was so young. When Justin told her that the editors of his piece had edited it and changed some of his meaning. Rand warmed up and said, “So you want to be a writer.”

As an Objectivist and budding libertarian, Justin participated in the student strike at his progressive high school, Cherrylawn, in 1968. Although exuberantly popular with students and quite a real-life experiment in anarcho-libertarianism, the school ultimately reverted to its more traditional mode of, among other things, decision making. No more collective morning meetings of students to decide what they would or would not study that day, and whose classes they would attend!

Shortly after graduating from high school, Justin made the leap to San Francisco. Here Justin found a place he made his own and remained for nearly 40 years. 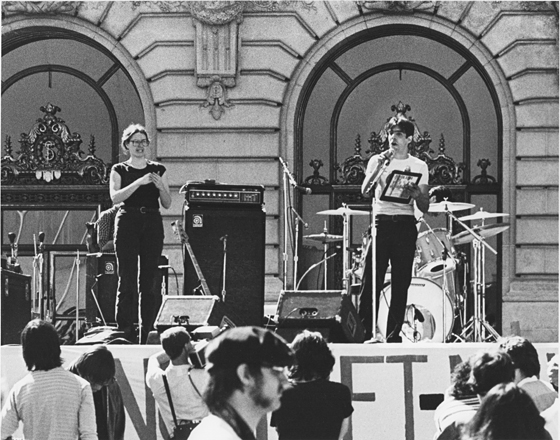 Justin was very active politically from an early age. In the mid to late 1970s, he worked to get the Libertarian Party to accept gay rights and was a participant in the gay liberation movement in San Francisco. Justin was one of the activists who spoke out strongly against the Dan White verdict. White was found guilty of manslaughter and given a 7-year prison sentence for killing San Francisco mayor George Moscone and Supervisor Harvey Milk, two prominent gay rights advocates. Justin thought that White should have been found guilty of first-degree murder. His powerful booklet about the case, In Praise of Outlaws, was published by the Students for a Libertarian Society.

Justin CO-founded the Libertarian Party Radical Caucus (LPRC) in late 1978. Economist Murray Rothbard joined a few months later. Around the same time, Justin became one of the first employees of the newly formed Students for a Libertarian Society. Shortly after Democratic US Senator Sam Nunn and other members of Congress moved to reinstate the military draft and draft registration, Justin helped organize a number of anti-draft rallies that were held around the country on May 1, 1979. The LPRC disbanded in 1983. 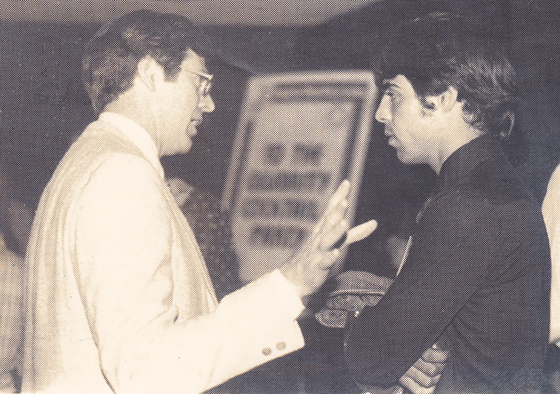 Charles Koch in a heated discussion with Justin, circa 1979

Known for gay rights activism and radicalizing the Libertarian Party, Justin nevertheless did not for the most part identify with the left. He found more intellectual inspiration in the Old Right, people like John T. Flynn, Albert J. Nock, Frank Chodorov, Isabel Paterson, and other mid-20th century figures who defended the vision of a constitutional republic and protested the progressive leviathanâs despotic powers at home and abroad. Justin was especially influenced by novelist Garet Garrett, who saw Franklin Rooseveltâs presidency as a revolutionary development that gutted American freedom while leaving the superficial form of the Constitution intact, and who was perhaps “even harsher” in opposing Trumanâs Cold War imperialism. Justin regarded the irreconcilable conflict between interventionists and traditionalists as the defining struggle over the heart and soul of American conservatism.

Not content just to write and organize, in 1996, Justin ran as a Republican against powerful Bay Area Congresswoman Nancy Pelosi. In his campaign, he emphasized his opposition to her vote in favor of the Clinton Administrationâs military intervention in Bosnia.

Because of his strong antiwar views, Justin also supported Pat Buchanan three times in his run for President of the United States: 1992, 1996, and 2000. In 2000, Justin gave the nominating speech for Pat Buchanan at the Reform Party convention in Long Beach. It can be seen here from 1:19:00 to 1:32:02.

A Writer to the End 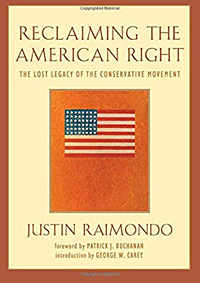 Ayn Rand correctly intuited Justinâs path. Although at times a dedicated activist, he primarily fought the power through writing. Justin wrote regularly for the Los Angeles Times, Huffington Post, and the American Conservative. He also wrote for Reason, Mises Review, the Journal of Libertarian Studies, Libertarian Review, the San Francisco Chronicle, The Spectator, Real Clear Politics, and Mother Jones. For several years, he also had a monthly column for Chronicles Magazine.

His two most important books were his 1993 Reclaiming the American Right: The Lost Legacy of the Conservative Movement, published by the Center for Libertarian Studies and reissued in 2008 by the Intercollegiate Studies Institute with a Foreword by Pat Buchanan and an introduction by George W. Carey, and his 2000 biography, An Enemy of the State: The Life of Murray N. Rothbard, published by Prometheus Books.

Of course, his most prolific writing was for Antiwar.com. He, along with managing editor Eric Garris, helped set up Antiwar.com in 1995 and he was writing a column 7 days a week by 1999, when Antiwar.com became a major force on the World Wide Web, going viral when it led nationwide opposition to the NATO bombing of Serbia and Kosovo. Justin was the guiding light of Antiwar.com and over those 20 years wrote about 3,000 articles.

Largely due to Justinâs columns, Antiwar.com continued to grow in focus and influence after September 11, 2001, and established itself as a leader of opposition to the new wars of the 21st Century. Justin led the charge in stressing the need for libertarians, peace activists, and all Americans to resist the war machine, starting with the Afghanistan intervention. His writing on Antiwar.com got him on cable news during the run-up to the 2003 US invasion of Iraq: he appeared multiple times on Fox News Channel, CNN, and MSNBC. His outspoken views made him a target of various pro-war intellectuals, notably Bill Kristol, David Horowitz, and Christopher Hitchens. As the nation went to war and throughout the years of conflict, Justin did not tire in his opposition. No writer more relentlessly and meticulously documented the crimes of the war party.

Justin fondly quoted poet Robinson Jeffers, who described America as a “perishing republic.” But Justin never gave up on the country he loved, and in his later years he found his own piece of the American dream. In 2007 Justin moved from San Francisco up north to Sonoma County, where he embraced life as a curmudgeonly semi-gentleman-farmer. He took immense pleasure in cutting his lawn, chatting with the neighbors, and surveying the horse pastures beyond the wooden fences across the road, all the while assiduously following political and cultural events, largely via the internet. 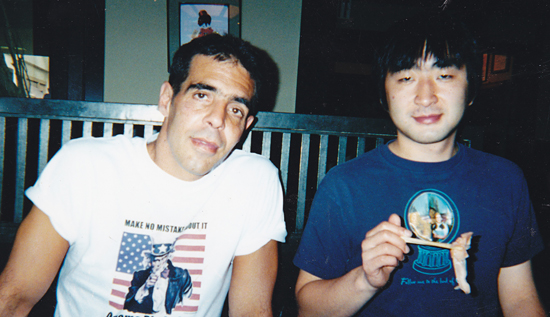 Justin and his husband Yoshi

Although early on he was skeptical of gay marriage, Justin defended the right of gays to marry, and married his longtime companion, Yoshinori Abe, in 2017.

When Justin was diagnosed with Stage 4 lung cancer in October 2017, he was told he had at most 6 months to live. But he was an early user of Keytruda, which likely increased his lifespan by over one year.

One of the last pleasures Justin had as part of his Antiwar.com activities was seeing, on June 12, three judges of the U.S. Court of Appeals for the Ninth Circuit, in 18-15416 Dennis Raimondo v. FBI, roundly rebuke the pathetic Department of Justice lawyer who claimed that the court should have no say in how the FBI held on to evidence when it was clear that no crime was committed.

On Thursday, June 27, Justin finally succumbed to his cancer. He is survived by his two sisters, Dale and Diane, and his husband Yoshi.

Justin was one of a kind. He will be missed, both here at Antiwar.com and by the wider world. Subscribe to All Antiwar Staff Comments via RSS
PastClassics