If one rounded up all the usual suspects to explain todayâs failed social engineering, the absence of personal responsibility would top the list. In a nutshell, government initiatives will invariably come up short if the recipient of this largess refuses to take blame for his or her tribulations. Education is a perfect exampleâan unprepared youngster who arrives at school intending to disrupt class can, thanks to todayâs generous permissive climate, dismiss awaiting failure by blaming bad schools, inept teachers, insufficient educational funding, obsolete technology, unpalatable school cafeteria food, racial and ethnic stereotypes, low expectations, an overcrowded classroom, deteriorating facilities, greedy unions, a culturally insensitive curriculum, a chaotic home life, deficient counseling, biased discipline, and multiple other responsibility lightening factors. Zero is said about his own disdain for learning, let alone stupidity. And note well, these âits-not-my-faultâ excuses are supplied across the political spectrumâconservatives will tell the indolent grade schooler that he would, guaranteed, thrive intellectually if only his parents enjoyed school choice while Lefties will explain away dismal academic performance by pointing the finger at systemic racism.

Unfortunately, the flight from personal blame has now infiltrated life and death medical care. The importance of this cannot be exaggerated given that countless infirmities originate in unwise personal decisions. Yes, genes and accidents play a role, but personal choices can be decisive and taking responsibility for imprudent behavior is the cheapest, most efficient front line defense as medical costs soar. Imagine the financial benefits to Medicare and Medicaid if Americans voluntarily watched their diets, reduced their alcohol consumption, did not smoke, avoided risky sex, shunned addictive drugs, regularly exercised and otherwise lived healthier lives? Personal responsibility is truly a miracle drug.

To be sure, government cannot legally imposed a full-blown nanny state (recall Mayor Bloombergâs failed war on supersized soft drinks) but at least it should do no harm by contributing to this flight from personal responsibility. Alas, todayâs government has minimized shouldering blame as if the illness sufferer just happened to fall ill through no fault of their own. To recall the rhetoric of the 1960s, to criticize the chronic drunk for self-inflicted harm is âto blame the victimâ as if the drunk was just an innocent victim of a rogue vodka bottle.

A perfect example of this mentality concerns the soaring HIV/AIDS afflicting young black homosexuals. The facts are simple. First, among all gay and bisexual men, African Americans are disproportionately affected by HIV, especially young black men. Black gay/bisexual men succumbed to as many HIV infections as all whites combined despite being a much smaller portion of the population. Second, despite decades of deadly experience, gay/bisexual African American men use of condoms is declining; most eschew this simple form of protection. In 2011, for example, some 57% of gay blacks self-reported having unprotected sex, a 19% increase between 2005 and 2011. In other words, some 30 years after scientific research unequivocally established the connection between certain sexual practices, disdaining condoms and contracting HIV, young African Americans just ignore the link.

Third, this unhealthy behavior is expensiveâthe CDCâs current lifetime treatment cost of an HIV infection (in 2010 dollars) is estimated at \$379,668 and since many young blacks cannot afford this bill, government picks up the tab. This monetary cost omits the victimâs pain and suffering and reduced life expectancy (a 20 year old HIV sufferer on average will die at 52). Further add all the money allocated to educate those who repeatedly disregard the warnings.

Remarkably, the CDC actually denies this âmore-unprotected-risky-sex, more HIVâ connection as far as young black homosexuals are concerned. In their words, âPublished research does not provide definitive answers about why new HIV infections among young, black/African American gay, bisexual, and other men who have sex with men (MSM) have increased.â

Instead of stating the obviousârisky unprotected anal sex is the culpritâthe CDC just alleges that young gay/bisexual African American males become HIV positive because of who they are, not what they do. Claimed causal factors are lowly socio-economic status, pervasive unemployment and incarceration, less education, limited access to quality health care, stigma, homophobia and discrimination. Furthermore, young black gays have worse treatment outcomes and leave care early, all behaviors that suggest a lackadaisical commitment to medical treatment, not a nefarious outcome imposed by âsociety.â Even more remarkably, this failure to seek treatment is attributed to âinternalized homophobiaâ as if societyâs hatred of gays elicits suicidal urges (no statistical evidence regarding this hatred is supplied).

In fact, the CDC probably has the causal links backwards. As for the under-employment of young gay black homosexuals, what sensible employer would knowingly hire them given the odds of them becoming seriously ill which, in turn, mean higher insurance premiums, periodic illness-related job absences and workplace lethargy that results from treatment? Then thereâs possible negative costumer reaction to workers who exhibited over-the-top homosexual behavior or show visible signs of AIDS. Then add possible discrimination lawsuits that a gay employee could file. Similarly, social stigma does not cause unprotected anal sex; rather, this practice, often serially with multiple partners, invites stigma. That is, non-black gay males prudently avoid young black sex-partners given the probability that they are disproportionately HIV positive. Even among hyper-promiscuous gays, young black gays might be shunned as Typhoid Maryâs, not because of bigotry but as a result of their repeated ill-advised behavior.

Now, problem defined, what does the CDC recommend to reverse these deadly trends? The answer is lots of things including issuing copious bureaucratic reports, more money for testing and research but the overwhelming thrust is promoting HIV/AIDS awareness to people of color. This has entailed pubic advertisements (including billboards and banners on websites) warning of HIV, getting the message out via existing organizations having ties with gay blacks and greater funding for community-based organization to help those at risk. These programs exceed a dozen but they all rest on a single assumption: at-risk populations need to know the dangers, and once this knowledge is implanted, behavior will soon follow. That HIV/AIDS has been a known, well-publicized killer for three decades seemingly has not deterred spending millions to reiterate this all-too-familiar message. Tellingly, the catalogue of interventions we cite appeared in 2008 and, as we saw earlier, HIV rates are actually on the rise after these adominitions.

Clearly, the CDC is worried about offending young African American homosexuals by stating what public health officials know to be 100% trueârepeated unprotected anal sex almost guarantees HIV and, eventually, AIDS. Washingtonâs bureaucrats apparently do not want to remind this population that the risk of HIV is entirely about personal choice, and that if they do contract HIV, it is their fault, not societyâs homophobia, racism and the like. Nor does the CDC want to besmirch the public imagine of these youthful homosexuals of color by depicting the ravages of AIDS to warn others. Picture the howls of outrage if TV public health messages targeting these young men accurately show them as they die of AIDSâsevere weight loss, chronic diarrhea, weeks of shaking chills, short-term memory loss, impaired vision, chronic fatigue and disfiguring skin rashes.

Even worse, envision a program where young black AIDS-infected males visited schools to show the horrific consequences of putting a little extra pleasure over a life itself. And to drive home the role of personal responsibility, what about a billboard picturing the multiple young men killed by a single HIV-infected black gay man? The caption might be âMass Murderer. Community leaders would almost certainly complain that young men of color have troubles enough thanks to white racism, so why make it worse by depicting them as perpetrators of death?

This apparent foolishness makes perfect sense in terms of protecting bureaucratic careers. The CDC is forever, not market driven or accountable to stockholders and, to be blunt, I doubt that the public is overly alarmed by young black gays daily dying (compare reactions to, say, the deaths of Michael Brown or Eric Garner). Matters would be far different if the CDC were Merck and its expensive education only nostrums failed to slow down the carnage. It is far better to walk on eggshells even if it means sacrificing thousands of lives.

Our more general point is that personal responsibility is being undermined by a thousand small cuts and as the number of ego-enhancing lies grows, governmentâs ameliorations are doomed. Recall our earlier point about how todayâs poorly educated youngsters can so easily blame others for their plight thanks to expert-supplied excuses. Equally troubling will be the erosion of Washingtonâs credibility so as to not offend the guilty. What happens when a truly deadly disease (e.g., Ebola, SARS) arrives and people turn to the CDC for advice? Remember the early days of AIDS when the CDC propagated the myth that everyone including heterosexuals was equally vulnerable to AIDS, a tactic designed to protect gays from being stigmatized. Why believe experts who tell us that young men refuse to wear a condom due to internalized homophobia?

To appreciate todayâs government legitimized escape from personal responsibility, think back to the 1957 hit musical Westside Storyâs popular song, Gee Officer Krupke that mocked those happy to indict others for their anti-social behavior. Hereâs part of the lyrics:

Hear ye, hear ye
In the opinion of this court
This child is depraved on account
He ain’t had a normal home

Hey, I’m depraved
On account I’m deprived
So take him to a headshrinker

My daddy beats my mommy, my mommy clobbers me
My grandpa is a commie, my grandma pushes tea [heroin]
My sister wears a mustache, my brother wears a dress
Goodness gracious, that’s why I’m a mess. 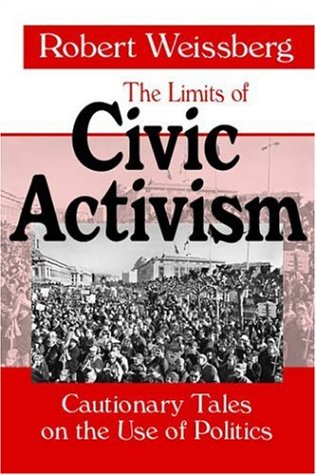 Audiences of the 1period laughed and laughed âa gang of juvenile delinquents trying to escape Officer Krupkeâs wrath by pleading that they were not accountable for their own evil-doingsâthey were instead victims of a bad upbringing. Today, I suspect, the song would be taken as a serious explanation of anti-social behavior though the lyricist Stephen Sondheim would adjust the language to include economic inequality, sexism, racism, classism, able-ism, lack of role models, micro-aggression and sundry other conditions that relieve miscreants from any personal responsibility. So, Officer Krupke I canât put on a condom since I attended a failing school, America is racistâ¦.