The Trump Administration, and before that his Presidential campaign, have been a long succession of crises, but the most serious crisis has now arrived: Trump appears listless and besieged and his enemies now control the House of Representatives, including its formidable investigatory power. [House Democrats have oversight investigation plans far beyond Russia probe, by Heidi Przybyla, NBC News, November 9, 2018] Yet Trump still has an opportunityâa recent poll found Americans, especially Republicans, regard immigration as the most important issue. [Immigration up sharply as most important U.S. problem, by Justin McCarthy, Gallup, November 20, 2018] This means Trump can do what he did in the final days before the midterms to stave off disaster: rally the base on immigration, throw down the gauntlet on behalf of nationalist populism, and, most importantly, break with the Ryanesque Beltway Right that has led his administration to the brink of disaster.

This situation in some ways is reminiscent of the darkest days of the 2016 election. After the infamous âAccess Hollywoodâ tape leak, Republicans around the country began unendorsing President Trump and there was serious talk of replacing him at the top of the ticket. (Confession: I concluded at that point the election was lost.) Then candidate Trump responded with defiance and gave the greatest speech of his campaign, a fiery call to arms on behalf of populist nationalism. We all know how that election turned out.

Disloyal R's are far more difficult than Crooked Hillary. They come at you from all sides. They donât know how to win – I will teach them!

And President Trump possesses a critical advantage that he didnât at this dark time. He now has the united support of the Republican Party, absent a few renegades who exist more as bodyless Main Stream Media talking heads than real political leaders. So, even more than when Trump was a candidate, he has real freedom of action. The Congressional GOP has no choice but to follow him, because the base is with him.

To survive, President Trump needs to go full populist. Though it will infuriate some âMovement Conservatives,â this could mean tacking left on infrastructure and health care. Significantly, Leftist cheerleader Matthew Yglesias (who is so uptight about wrongthink that he has blocked VDARE.com on Twitter!) is already worried about the potential of a bipartisan infrastructure bill and is warning Democrats to stay away from working with the president in any form. [House Democrats must resist Trumpâs infrastructure trap, Vox, November 9, 2018] Yet if they do, President Trump could credibly blast them as a âdo-nothingâ Congress.

But overwhelmingly more important: immigration. Trump absolutely must follow through on the specific proposals he made during the closing days of the midterm campaign.

Needless to say, the lame-duck Republican Congress is showing little willingness to fight for wall funding, even as the migrant caravan dominates the headlines. [Donald Trump hits a congressional wall on border wall funding, by Neil Munro, Breitbart, November 15, 2018] But according to a new poll, a majority of swing voters want to see the wall built, as well as the vast majority of Republican voters (80 percent). [Midterm exit poll: Majority of swing voters, Republicans support border wall, by John Binder, Breitbart, November 18, 2018]

This is not an issue that President Trump can or should compromise on. He has sufficient support within his party and among the public for a shutdown. More importantly, âThe Wallâ is his signature promiseâa wall that he said âmust be built quickly.â

If the wall is not built in two years, there is no reason for him to even run for re-election in 2020: he will be laughed off the stage. For that reason, he needs to change the debate about immigration by proposing the remittance tax briefly suggested during the campaign. The refusal to do this constitutes political malpractice of the highest order.

Speaking of judges, a federal judge (appointed, needless to say, by Barack Obama) has now declared the government canât block asylum seekers. [If we canât stop this invasion, we no longer have a sovereign nation, by Daniel Horowitz, ConservativeReview, November 20, 2018] As Daniel Horowitz observed, this is the time for President Trump to âshoot for the moonâ on immigration, including stripping courts of jurisdiction over immigration.

In terms of other legislation, mandatory E-Verify would also be a fight worth having, one that could well end in victory. The odd pattern of elections switching from Republican to Democratic victories after Election Day has many normie grassroots Republicans talking about voter fraud. This is a priceless opportunity to bring up a Secure Voter ID, based entirely on the exemplary Mexican system. This is a fight well worth having, on an issue of great salience to the entire conservative movement.

Finally, none of this matters unless President Trumpâperhaps for the first time in his presidencyâstarts appointing people who support his agenda. He is already talking about removing Department of Homeland Security Secretary Kirstjen Nielsen. [Trump refuses to commit to Kirstjen Nielson continuing as DHS Secretary, by Rachel Withers, Vox, November 18, 2018] With an expanded Republican Senate, it is time for a firm Trump loyalist at DHS, someone like Kris Kobach.

After so many disappointments and defeats, Trump and his Presidency are cornered. And there are already some ominous signs Trump is weakening on immigration and wants to go back to business as usual. [From dire warnings to happy talk: Trump changes his tune after the midterms, by Philip Rucker and Josh Dawsey, Washington Post, November 19, 2018]

But his enemies wonât let him. They are coming not just for his administration, but for his business and his family. As Peter Brimelow advised so long ago (drawing on Pat Buchanan), the president must âwheel and fightâ or suffer a fate worse than Nixon.

It is all in Trumpâs hands. Heâs out of time and out of excuses.

Thereâs no way out but through.

(Republished from VDare by permission of author or representative)
← Left Come for Tucker Carlson and Even K...The Proud Boys and Americaâs Looming ... → What Trump Must Say In His Oval Office Address: Democrats Want to Replace YOU
James Kirkpatrick
• 90 Comments • Reply Liberals Want America to Go Borderless
Ilana Mercer
• 159 Comments • Reply
← Left Come for Tucker Carlson and Even K...The Proud Boys and Americaâs Looming ... →
Hide 67 CommentsLeave a Comment
"For Trump, Danger and Opportunity At the Critical Moment of His Presidency"
• 67 Comments
Commenters to Ignore
Commenters to ignore (one per line) 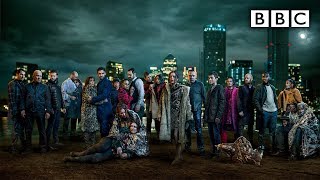