Earlier: Trump Needs To Fire Mick Mulvaney, Get Back To 2016 Immigration Plan

Mick Mulvaney, President Trumpâs acting chief of staff, says the White House is âdesperateâ for more immigrants. âWe are running out of people to fuel the economic growth that weâve had in our nation over the last four years. We need more immigrants,â he told an English audience recently [Mulvaney says U.S. is âdesperateâ for more legal immigrants, by Nick Miroff and Josh Dawsey, The Washington Post, February 20, 2020]. Itâs possible Mulvaney, a long-time immigration booster, was just expressing his own opinion. But Trump himself recently said he wants more foreign workers. With Jared Kushnerâs comprehensive immigration plan stalled, and the Democrat presidential candidates spiraling into Open Borders lunacy, cheap labor donorists are swooping in to fill the vacuum.

Thus POLITICO just reported that the White House is working on a guest worker expansion. The plan could either create new guest worker categories and/or prolong the time a migrant can stay on a temporary guest worker visa. The plan may even grant Amnesty to the âDREAMersâ âthe nearly one million illegal aliens who came to the U.S. as minors who were legalized under Barack Obamaâs Deferred Action for Childhood Arrivals program. The goal is to give big business more cheap foreign labor. Whatever exact plan is settled upon will bring more foreign guest workers to America [Trump seeks deal on foreign workers that could anger base, by Anita Kumar, Politico, February 19, 2020]

This terrible idea is a result of the stalling of Kushnerâs comprehensive plan, announced last May. It had some solid aspects, such as eliminating chain migration, strengthening border security, increasing the standards to immigrate, and granting no Amnesty. But it didnât significantly cut legal immigration. In contrast, the RAISE Act, which Trump endorsed in 2017, specifically halved legal immigration.

The Kushner plan tried to please both immigration patriots and big business, yet both reject it. Immigration patriots rightly note it doesnât reduce immigration. Business groups whine, as always, that they need yet more cheap labor [Trump struggles to win over Republicans on immigration, by Anita Kumar, Politico, February 15, 2020]. This narrow guest worker plan indicates the White House has decided to please big business only.

More recently, the administration cut mandatory e-Verifyâan original component of the planâfrom the 600-page bill it wishes to introduce in Congress. The latest Trump budget also withdrew its request for mandatory e-Verify, in contrast the previous two budgets. Jessica Vaughn, a policy director at the Center for Immigration Studies, says these moves demonstrate âa takeover of the presidentâs immigration agenda by the special interests who benefit from illegal immigration.â [Trump’s retreat on E-Verify called special interest ‘takeover’ of immigration agenda, by Stephen Dinan, The Washington Times, February 12, 2020].

But the e-Verify capitulation hasnât done much to advance Kushnerâs plan. The White House claims 22 Republican Senatorsâincluding RAISE Act co-sponsor David Perdue and Indian immigration advocate Mike Leeâsupport the bill. But the fact that no Republican wants to introduce it casts doubt on that claim. It appears only Kushner, and possibly Trump, like this plan.

Perdue claims businesses desperately need these foreign workers because they canât afford to pay American workers a decent wage. He pitches his plan as pleasing to immigration patriotsâwho he describes as âanti-immigrantââbecause it doesnât create new citizens. [Trumpâs USDA Chief Thinks Farm Workers Are Overpaid, by Tom Philpott, Mother Jones, January 24, 2020] He insists the migrant workers only want âto come here for 9 or 10 months and take advantage of our economy in agriculture and go back homeâ [Perdue Says Guest Worker Program Is Part Of The Immigration Solution, by Amie Simpson, Brownfield, September 13, 2019] (Earlier, in 2011, and 2013, VDARE.com pointed out in offering to let in workers with no “path to citizenship”, GOP Congressmen were, in effect, protecting their own jobs…but nobody else’s.)

But Perdueâs pitch would only make sense if we didnât have birthright citizenship. Any guest workers can get a chance at staying permanently if they have children here. Those children would be recognized as American citizens, regardless of whether the guest worker only planned to stay here for 9 or 10 months. This allows the parents to exploit our system to stay permanently.

Legislation abolishing birthright citizenship could not make it through this current Congress, no matter what bill it was attached to. But Trump could arguably eliminate it by Executive Order. Either way, the resultant uproar would help him electorallyâbirthright citizenship is massively opposed by Americans, once they realize that itâs going on.[ 61% Oppose U.S. Citizenship for Children Born to Illegal Immigrants, Rasmussen Reports, April 19, 2011 and Americans See Limits on Citizenship for Children of Illegals As Best Way to Stop Illegal Immigration, Rasmussen Reports, July 10, 2014]

Perdueâs pitch is further undermined by the Farm Workforce Modernization Act. This deceptively-titled bill would reward the agriculture industry with an Amnesty for all of its illegal alien workers and expand the number of guest worker visas. The bill passed the House in December. Three treacherous Republican senatorsâThom Tillis of North Carolina, Lindsey Graham of South Carolina, and James Lankford of Oklahomaâare working on introducing the atrocious bill into the upper chamber.

And some noble Republicans are urging their Senate colleagues to reconsider their plan to support the bill.

âIt would be a foolâs errand to pass such legislation which would directly conflict with the core campaign promises of President Trump to regain control of our border and immigration system,â Texas Rep. Chip Roy said in a letter to Sen. Graham, reported in TKs Politico article.

So far, the White House hasnât shown support for the bill. It would apparently prefer a guest worker expansion without an Amnesty. This conforms to Perdueâs stance that the administration only wants temporary guest workers, not permanent residents.

Itâs doubtful any guest worker plan can make it through Congress, especially in an election year. While Senate Democrats would support the Big Ag Amnesty (nearly every House Democrat voted in favor of it), itâs unlikely enough Republicans would back it. Few Republicans dare support Amnesty anymore.

But Kushnerâs plan also faces dismal prospects. Democrats will not support any guest worker plan that lacks Amnesty for illegals, crippling its chances in the House. There would also be a sizable number of Republican opponents to ensure it never made it off the ground. Republican lawmakers such as Josh Hawley, Paul Gosar, Mo Brooks, and others could be counted on to raise serious opposition to it.

The administration claiming it needs more immigrants contradicts its own actions to reduce immigration. The latest job repor t shows the foreign-born workforce is falling faster than at the nadir of the 2008 recession. The administrationâs detailed policiesâpushed for by such figures as White House senior adviser Stephen Miller and U.S. Citizenship and Immigration Services acting director Ken Cuccinelliâare responsible for this remarkable development. The administration has made it harder to obtain a visa, significantly reduced refugee resettlement, and is now prepared to deny green cards to immigrants who rely on government assistance.

But Trumpâs Democratic opponents are giving Trump immigration enthusiasts a pass. In the past, Sanders criticized guest worker visas for undercutting American labor and wages. But apparently Sanders now cares more about immigrants than American workers. Team Trump is probably betting that no Democrat will call them out on a sellout to Big Business. Based on the Democratic fieldâs immigration opinions, this is not a dumb bet. A Democratic opponent is more likely to complain the guest worker bill doesnât give Amnesty than to point out it hurts American citizens.

Silver lining: thereâs a very good reason Trump never talks about increasing immigration at his ralliesâit gets no cheers. And all the evidence is that Trump listens very carefully to his crowds.

The president needs to stop listening to greedy businessmen and listen to his base. They donât want more foreign workersâthey want to put Americans first.

(Republished from VDare by permission of author or representative)
← The Groyper Wars On Immigration Are the...

← The Groyper Wars On Immigration Are the...
Current Commenter
says:
Current Date at Time Now
Leave a Reply - Comments on articles more than two weeks old will be judged much more strictly on quality and tone
Cancel Reply 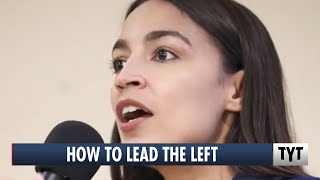