Novelist Joyce Carol Oates (very much a conventional liberal, see here, here, and here) recently tweeted âa friend who is a literary agent told me that he cannot even get editors to read first novels by young white male writers, no matter how good; they are just not interested.â Of course, she was immediately denounced, but sheâs right. Meanwhile, young white male writers, and publishers, are organizing their own Counterinsurgent Culture.

The facile Leftist assertion is that the Right is incapable of making art (Dostoevsky? Kipling? Wagner?). But it is true that the Right has been pretty effectively Cancelled when it comes to providing entertainment and education alternatives today.

Thankfully, this is changing. Centre-Right news outlets like Ben Shapiroâs Daily Wire are producing documentaries and films, while tougher-minded strands of the Right are producing Substack articles, books, and magazines at a frenetic pace. Earlier this year, a coterie of anonymous Twitter uses launched the Passage Prize in order to encourage Right-wing art and literature. The prize received well over a thousand submissions and now a handsome volume showcasing the best of these submissions is available for purchase from Passage Press. 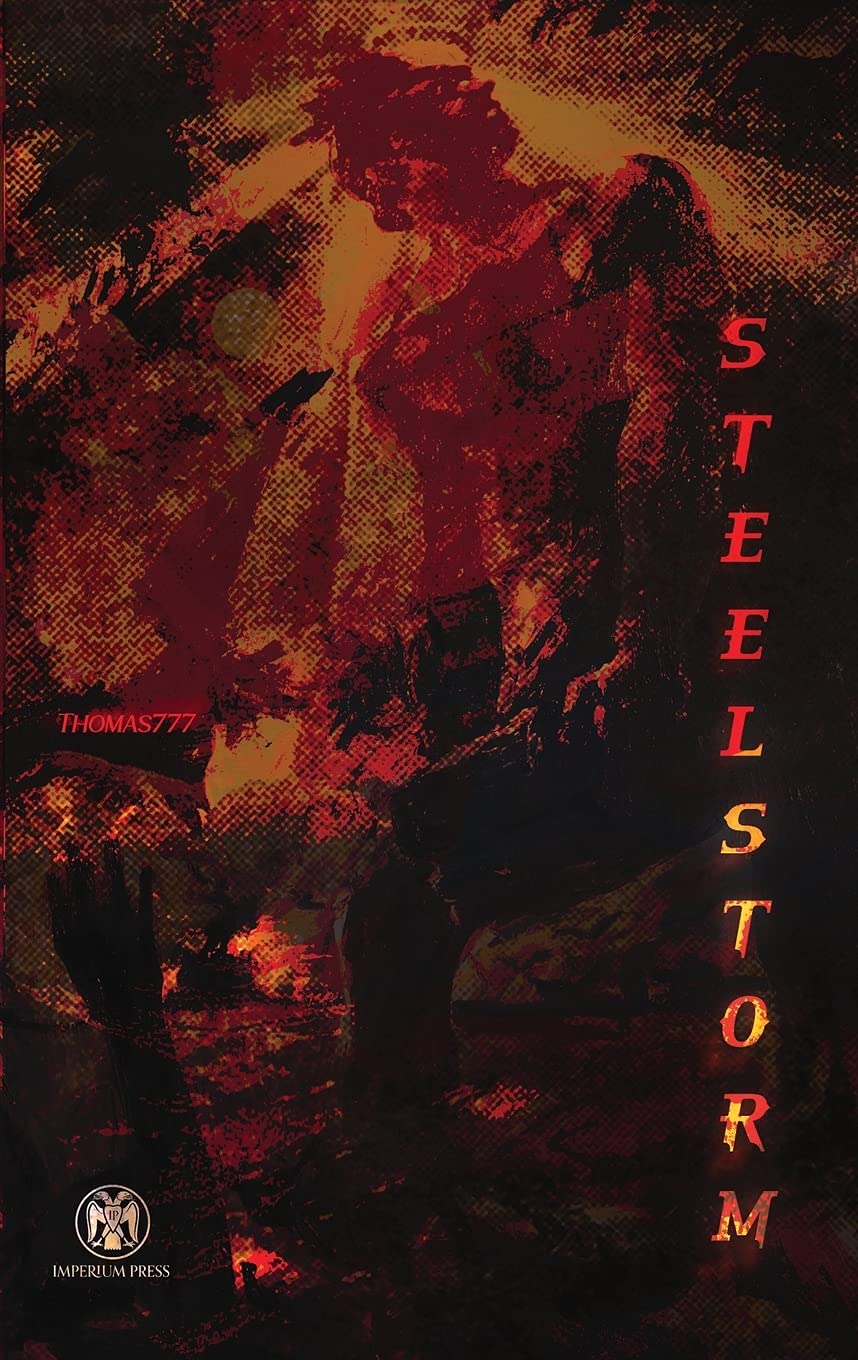 Novels are well-represented in the Rightâs counterinsurgent literary offensive. Rather than wait to be accepted by the literary Establishment, Dissident novelists have taken to the page and produced some of the best, most thought-provoking novels of the past two years. Some of the standout works include Steelstorm by Thomas777, Faction by Karl Dahl, and Automaton by T.R. Hudson. These are novels for young men hungry for action, heroics, and danger, all of which have been lacking in mainstream fiction for some time.

Steelstorm is a complex narrative that unites three disparate characters: Billy Wong, a heroin junkie and serial killer in 1980s Chicago; Dr. Woldemar Mohamet al-Husseini, the medical surgeon and political minister of the future; and a ZARTAX-cyborg named Victor von Leers. Von Leers, who is the ultimate killing machine and the personification of de Maistreâs Executioner, is the canvas upon which Thomas777 muses about the metaphysics of war and death, as well as the natural hierarchy of creation. In Steelstorm, where real-life war junkies like Baron von Ungern-Sternberg and SS officer-turned-Egyptian minister Johann von Leers make appearances, Godâs divine plan includes a nuclear holocaust and the intergalactic violence that flows from it. Thomas777âs writing is visceral and full of blood and sinew, and yet, at its core, Steelstorm is a philosophical work written within the genre confines of science fiction. 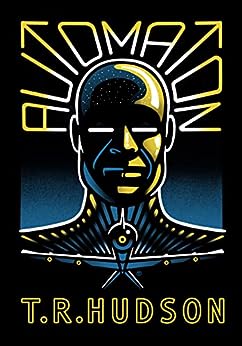 In Automaton, the U.S. government is in exile and the country is led by a major corporation called Deluge, Inc. Deluge controls a landscape ravaged by war and divided by danger. To establish order, Deluge sends out teams of mercenaries, almost all of whom are former members of the U.S. military.

These mercenaries are street soldiers who go into the gutter not only to clean it up, but to also conscript forcibly the feral residents of Americaâs East Coast (or whatâs left of it). Many of these corporate soldiers are medically enhanced and can âturn onâ at a will to become the perfect killing machine. Turning off is a different matter, and the main character Michael has been unable to turn off for over a decade. While street argot refers to these soldiers as âRepsâ (for reptiles), Michaelâs surrogate father, a Russian Jewish immigrant in war-torn Manhattan, calls them golems.

Michael and another, more psychotic Rep are charged with an assassination mission that takes them across the dystopian Midwest and deep into the independent socialist republic that was once California. Automaton is a cutting-edge novel that tackles the complex and politically charged issue of genetic therapy and bio manipulation, as well as the push for transhumanism among the globalist elite.

Automaton shows the future wherein the darkest desires of World Economic Forum guru Klaus Schwab have become normalized. It is a frightening, ultraviolent world to be sure, but Hudsonâs skillful writing keeps his readers grounded in the eternal realities of human existence, no matter how politically and genetically engineered. 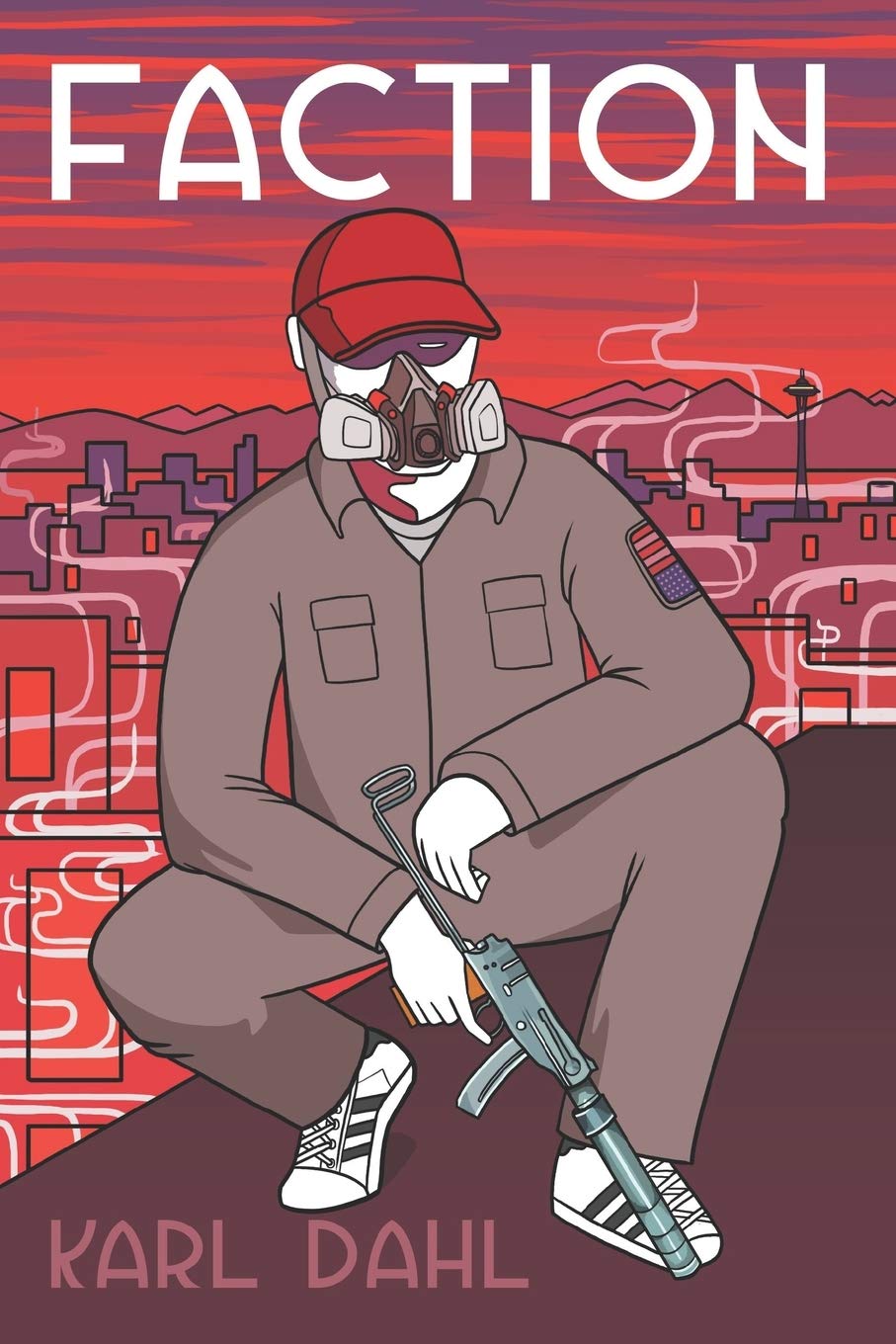 While the rest of the city is consumed by the dwindling light of the grunge music scene, Doug Shea is focused on guns and girls. The gun obsession is part of his calling. You see, before he was born, Dougâs father, a sheriff in rural Washington State, was murdered by corrupt FBI agents seeking to keep a lid on their involvement in organized crime. Decades later, Doug joins Vanguard, a shadowy organization partly established by his grandfather, Josef.

Vanguard specializes in assassinations on behalf of the CIA, or at least a faction within the larger Deep State. Another faction, which includes the FBI, wants to get rid of the Shea family and their friends. Doug walks into this maelstrom, which also includes Albanian Islamists in Canada, drug traffickers, pedophiles, activist professors, and other unsavory types, all of whom can be traced back to U.S. government agents with ethnic axes to grind.

Faction also reveals the apparent truth that the federal government has been creating âdomestic terrorismâ villains since the 1990s, as Dougâs defensive actions done to protect both America and Canada from Leftist machinations are misconstrued in the media as acts of racial violence.

These three novels can be joined comfortably with short story writer Zero H.P. Lovecraft’s work, most of which reveals the everyday horrors of corporate culture, the Internet ecosystem, and the ever-shifting sands of interpersonal relationships.

Other impressive work is being written and published as you read this, and there is no shortage of publishers and magazines like the Raw Egg Nationalistâs Manâs World to print them.

This is the basic and exciting truth about the cultural counterinsurgency from the Right: readers can go days without consuming content made by or for the Leftist mainstream. From videos to literature and even sculpture, independent and Dissident creators are producing greatness and at volume to boot.

It is impossible to suppress every new venture, and thus the Dissident Right shows real promise of victory.

As the Mainstream gets increasingly stale and trapped in its on CRT-inspired cycle of embittered racial harangues, thousands of faceless online posters are creating a counterinsurgent culture that has energy, excitement, and depth that goes beyond mere memes.

It is a safe gamble to say that when the Mainstream culture implodes (and it absolutely will), a new, more intellectually vibrant and Right-wing culture will be ready and able to replace it.

Paul Souvestre [Email him] is a French citizen and Breton nationalist originally from Brest. He currently lives in Quebec.

Subscribe to All Paul Souvestre Comments via RSS
PastClassics