One of the most astonishing news stories I have read of late appeared in Business Insider at the beginning of February entitled â ‘ The Russians are going to have a cowâ: the U.S.âs message to Putin âis a really big deal.ââ The article described how the Barack Obama Administration has decided to build up âits military presence in Eastern Europe in an effort to deter Russian aggression in the region.â The âcowâ and âbig dealâ verbal effusions were attributed to Evelyn Farkas, who, until recently was the Pentagonâs âtop policy official on Russia and Ukraine.â Farkas, for what itâs worth, is of Hungarian descent and has made a career out of being suspicious of Russia. She has the usual credentials in academia so admired by the Obamaites and has served in host of government bubbles but never been in the military. As is all too often the case she and her peers will not be wearing the boots on the ground if the United States goes to war over giving Moscow a âcow.â

According to the article, the U.S. will quadruple its military spending in Europe up to $3.4 billion for fiscal year 2017. The extra money will provide heavy weapons and armored vehicles, including tanks, to Americaâs Eastern European associates in NATO and also to non-allies including Georgia, Moldova and Ukraine. Unlike previous assistance to Ukraine, the new weapons are both lethal and capable of being used offensively. The United States has also committed itself to bolstering its own presence in former Warsaw Pact states to include Poland, Hungary, and the Baltic Republics through an increase in bi- and multi- lateral training exercises in those countries. American soldiers will be eye-to-eye with those of Russia in a confrontation not seen since the Cold War ended.

The article cites Tony Badran of the Foundation for the Defense of Democracies (FDD), who claims that âRussia is of course trying to leverage the entire intervention [in Syria] as a way to lap up as much real estate in the Middle East as possible.â The FDD is, of course, a neocon outfit, which is not noted in the article, and the implausible suggestion that Moscow wants to obtain âreal estateâ in the Middle East which would be an enormous burden and liability is given a pass without even the slightest editorial objection or contrary comment.

The article also quotes an anonymous senior administration official who explains that the more aggressive approach âreflects a new situation, where Russia has become a more difficult actor,â referring again to Syria and also to Ukraine. Well, maybe so if one reads the New York Post or watches a steady diet of Fox news it would be possible to come to that conclusion, but there are other issues at play, including genuine western threats on Russiaâs own doorstep combined with the inability of a financial stretched Russia to engage in imperial ventures anywhere.

Moscow is in Syria because the rise of a new Islamic militancy close to its own heavily Muslim federate states in the Caucasus is a definite threat. It did not initiate the crisis in that region which was instead the fault of Washington due to its ill-advised 2003 invasion of Iraq, creating a power vacuum and empowering terrorist groups seeking to take advantage of the chaos.

Nor did Moscow initiate the political crisis in Ukraine, which was also enabled by the United States. Russia admittedly subsequently annexed Crimea, which is a vital strategic interest as it includes Moscowâs major warm water naval base, but it can hardly be seen as a move motivated by desire to be expansionistic. Crimea was, in fact, Russian territory for over two hundred years before it was administratively ceded to Ukraine by the old Soviet Union in 1954 so it is not as if there was no legitimate claim to the area when Ukraine turned hostile to Moscow egged on by the State Departmentâs Victoria Nuland and others.

Moscow is guilty of not playing by Americaâs rules. As former senior CIA officer Graham Fuller puts it ââ¦today, although neocons in Washington will disagree, it is hard to build a credible case that Russiaâunder Putin or any likely leaderâis gearing up to invade Eastern much less Western Europe. But yes, Russia is determined to maintain regional swayâas other great powers do in their backyards, especially when distant powers intrude.â

Simplistic analysis that leads to a preordained conclusion contrary to what Fuller has cogently observed is expected in the mainstream media but the foreign policy consensus promoted by Washington is striking in terms of its internal contradictions. Indeed, if anyone at this late date really needed any evidence that the United States government is staffed by lunatics this article about delivering cows should have been enough to change the mind of even the most stalwart advocate of the progressive nirvana launched by the pledge of âChange We Can Believe In.â

Frequenters of this site are no doubt already aware that when the Soviet Union collapsed in 1991 the western powers, most notably the United States, pledged not to take advantage of the situation by initiating a military expansion into Eastern Europe, which Russia would have to correctly perceive as threatening given its own vulnerability at that time. The dauntless globalist Bill Clinton broke that promise, enabling the 1999 accession of Poland, Hungary, and the Czech Republic followed by the addition of seven Central and Eastern European countries: Bulgaria, Latvia, Lithuania, Romania, Slovakia, Estonia and Slovenia in 2004. Russia protested but did otherwise not react.

In 2008, Georgia, bolstered by pledges of support from neocons in the U.S. as well as from demented Senators like John McCain, fought Russian troops over two disputed enclaves South Ossetia and Abkhazia. McCain was led to declare that âWe are all Georgians nowâ but a cease fire was quickly arranged by France and Russia withdrew its soldiers. Fortunately, most Americans did not see that fighting Russia over Georgia was much of a priority and the U.S. avoided another foreign policy disaster, but more was to come in Ukraine starting in late 2013.

Ukraine was deliberately destabilized by Washington by way of the infusion of $5 billion supporting âdemocracy building.â Again the cry went up that âwe are all Ukrainians.â The second time around worked out better for the hawks and the Ukrainian cause has been surfacing in the presidential debates. Hopefully it will eventually go the way of the manufactured Georgian crisis.

It might also be noted that it is just possible that Washington is seeking to repeat its destruction of the Soviet Union by outspending Moscow in hopes that President Vladimir Putin will seek to compete and bankrupt his country. If that is so, the crafty Putin is unlikely to take the bait and it is more than likely that the net result will be the U.S. going even deeper in debt for no purpose whatsoever, reminiscent of any number of foreign policy failures over the past fifteen years. And meanwhile the wealthy European countries will breathe a sigh of relief as Washington again rides to the rescue in defending the continent from the Red Menace.

What Farkas and company fail to see is that the United States might well have some outstanding issues with Vladimir Putinâs Russia but Moscow does not pose a threat to the U.S. On the contrary, it is Washington that poses a threat to Russia and any number of other countries through its presumption that it has a right to intervene in the affairs of other nations whenever it is so inclined. Moscow is neither able nor disposed towards become an enemy unless it is backed into a corner and something goes nuclear. That would, incidentally, destroy the United States so where is the frisson of excitement in Russia being presented with a âcow?â Beats me. 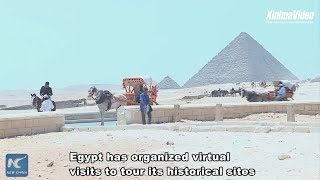