The parallels between British and American politics are simply eerie. In 2016, after British voters unexpectedly rebelled against their political class and chose to leave the European Union, Donald J. Trump took to calling himself Mr. Brexitâand guess what? Since then, of course, the political classes in both countries have been conspiring to reverse the election results. But Theresa May just suffered the greatest defeat of any British Prime Minister when her BRINO (Brexit In Name Only) deal negotiated with the EU was rejected by the House of Commons 432-202. Subsequently, May has survived a vote of No Confidence and the outlook is confused. But clearly the Deep State has not yet tamed British populism. A good omen for Trump?

Mayâs defeat was terrible enough, but it was even worse because the âpayroll vote,â of Members of Parliament (= Congressmen) holding government office, is around 140. Hence, BRINO only attracted around 60 backbenchers (who within reason can vote as they like). The Spectator has a list, with names, of the 118 Tories to voted against Mayâs deal.

This gives May and her government a tremendous problem because ever since she came back with the draft deal she has been saying it is her way or the highway, stubbornly insisting that no other deal is available. But such was the dealâs subordination of UK interests that many commentators argued would leave the UK as a vassal state. [Mayâs Brexit deal: the legal verdict | The PMâs plan isnât bad â itâs atrocious, by Martin Howe QC, Spectator, November 24, 2018]

This fiasco is largely due to having a Remainer PM (May opposed Brexit although she wasnât brave about it) and a Remainer-dominated cabinet. At best their heart isnât in Brexit; at worst they are deliberately trying to sabotage it. Similarly, many Trump Administration officials and GOP Congressional leaders have been all too obviously hostile to his agenda.

With a Leaver PM and a Leaver-dominated Cabinet, there would still have been a potential problem with Remainer-dominated Houses of Commons and Lords. But it is doubtful that Remainers in Parliament would have been so blatant in their attempts to frustrate a straightforward Brexit.

The defeat of Mayâs deal is encouraging for Brexiteers inasmuch as the overwhelming result should have greatly lessened any thoughts May had of coming back with a few insignificant cosmetic changes. However, itâs still a possibility. And there are many other threats to thwart a true Brexit. If there is a serious breakdown of party discipline, there is nothing to stop Remainer MPs doing anything they want because the House of Commons still has a substantial majority of Remainers.

But a bright spot for Brexiteers: the date for the UKâs leaving is fixed in an Act of Parliament.

To change the date of the UK leaving the EU requires either an amendment to or a repeal of the Act.

And unless the Brexit leaving date is changed, it does not matter what else happens, because there is a legal obligation on the UK to leave. A second referendum cannot be held, an extension of Article 50 cannot be sought by the UK or granted by the EU and Article 50 cannot be revoked. In addition Remainers, however aided and abetted by the unethical Remainer Speaker of the Commons John Bercow, cannot ultimately stop the UK leaving the EU on 29 March.

There are serious obstacles to the House of Commons voting to amend or repeal the leaving date. To begin with it would nakedly expose the Remainersâ anti-democratic partisanship. Ever since the referendum, most Remainers have consistently bleated that they honored the result, although obviously hoping to sabotage Brexit. Having their true feelings exposed will be more than embarrassing, because there are many constituencies (= Congressional districts), especially ones held by Labour MPs, that voted heavily to leave the EU while their MP voted Remain. Leave voters might well punish Remainer MPs in Leave constituencies.

Then there is the entirely practical alternative option of a No-Deal Brexitâmore precisely, leaving without any negotiated deal with the European Union and proceeding to trade under World Trade Organization rules. Significant numbers of Leave MPs have embraced the idea, for two reasons: first, it simplifies matters because it is ready-made system and allows business to plan; second is that it makes it harder for remainder politicians to sabotage Brexit after the UK has formally left the EU. Of course, WTO membership does not mean that future bilateral trade deals cannot be struck.

So what is really happeningâin the U.K. and the U.S.?

The Deep State is often portrayed as a conspiracy. In fact, it is better thought of as a blind sociological event. There is no group of conscious conspirators, simply people being groomed to have the same opinions or at least saying they do.

What has happened in the UK (and the rest for the West to varying degrees) is the success of the long march through the institutions. That is what ultimately has given the UK an elite (politicians, mediafolk, teachers etc) who are overwhelmingly Politically Correct internationalists. And itâs those people who are at the forefront of the attempts to sabotage Brexit. 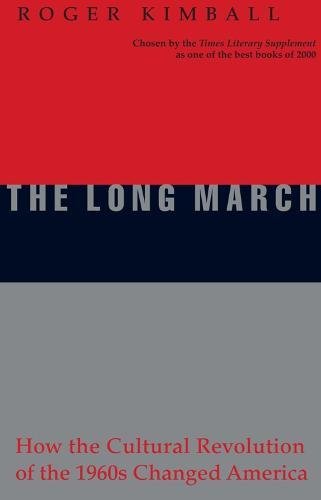 How did it come about? A German student leader of the 1960s Rudi Dutschke, echoing the Italian Marxist Antonio Gramsci, put forward the idea whereby societies could be subverted from within by those of an internationalist bent who would patiently work to gain positions of power and influence. Eventually there would be enough of such people to change the policies of Western societies from national to internationalist ones. That point was reached in the UK at least 50 years ago and the Politically Correct stranglehold on our society is now complete.

The capture of Western societies by internationalists has allowed them to permit and even overtly encourage mass immigration of people from different cultures, denigrate their own societies, traduce the West and its native populations generally and introduce gradually the pernicious Totalitarian creed of Cultural Marxism which has âanti-racismâ (in reality anti-white racism) at its heart. The last brick in the Politically Correct building is the increasingly draconian treatment of anyone who refuses to toe the lineâincreasingly including the use of the criminal law and imprisonment.

That is why Western politics until recently has been so ideologically monotone. Brexit was a revolt against that mentality.

Most MPs overtly or tacitly supported the idea of the referendum and its result by promising it in election manifestos, in Parliament and through their passage by large majorities of the legislation needed to both set up the referendum and make provision for its implementation.

But by doing so, MPs forfeited their right to do anything other honour the result of the referendum. That applies just as much to Remainer MPs as Leaver MPs.

Sadly, the behaviour of the most committed Remainers with power and influence (including many MPs and peers in the House of Lords) has shattered utterly the idea that the UK is a fully functioning democracy. Rather, it is an elective oligarchy whereby the electorate are offered an opportunity every few years to choose between competing parts of the eliteâan elite in the UK whose general political ideas are largely held in common and go against the interests and wishes of most of the electorate.

None of this should be a surprise. The sad truth: the central political question in all Western societies isâhow far will the masses be able to control the naturally-abusive tendencies of the elite?

Robert Henderson [Email him] is a retired civil servant living in London and consequently old enough to remember what life was like before political correctness. He runs the Living In A Madhouse and England Calling blogs. Subscribe to All Robert Henderson Comments via RSS
PastClassics