Barack Obama claims he canât believe Republicans have attacked Critical Race Theory, and dismisses their alarm as nothing more than âresentmentâ over the demographic dispossession of whites.

âLo and behold the single most important issue to [Republicans] apparently right now is Critical Race Theory,â he told CNNâs Anderson Cooper. âWho knew that was the threat to our Republic?â [Obama Says His Daughters Think Cancel Culture Goes Too Far, by Rachel Sharp, Daily Mail, June 7, 2021]. Yet Obamaâs feigned innocence suggests that he knows Democrats have overplayed their hand, and that the GOP/GAP has blundered on to something. However, it will have to find the courage to follow the incisive recent advice of REVOLVERâs anonymous editorialist:

âThe nature of Americaâs new extremism wave requires the right to be honest and frank about what it is. Itâs not âsocialism,â or âMarxism,â or âliberal fascism.â In 2021, America is facing a steadily-growing amount of anti-white racismâ Americaâs Rotten Academic Establishment Vomits Out More Demented Anti-White Rhetoric, June 12, 2021 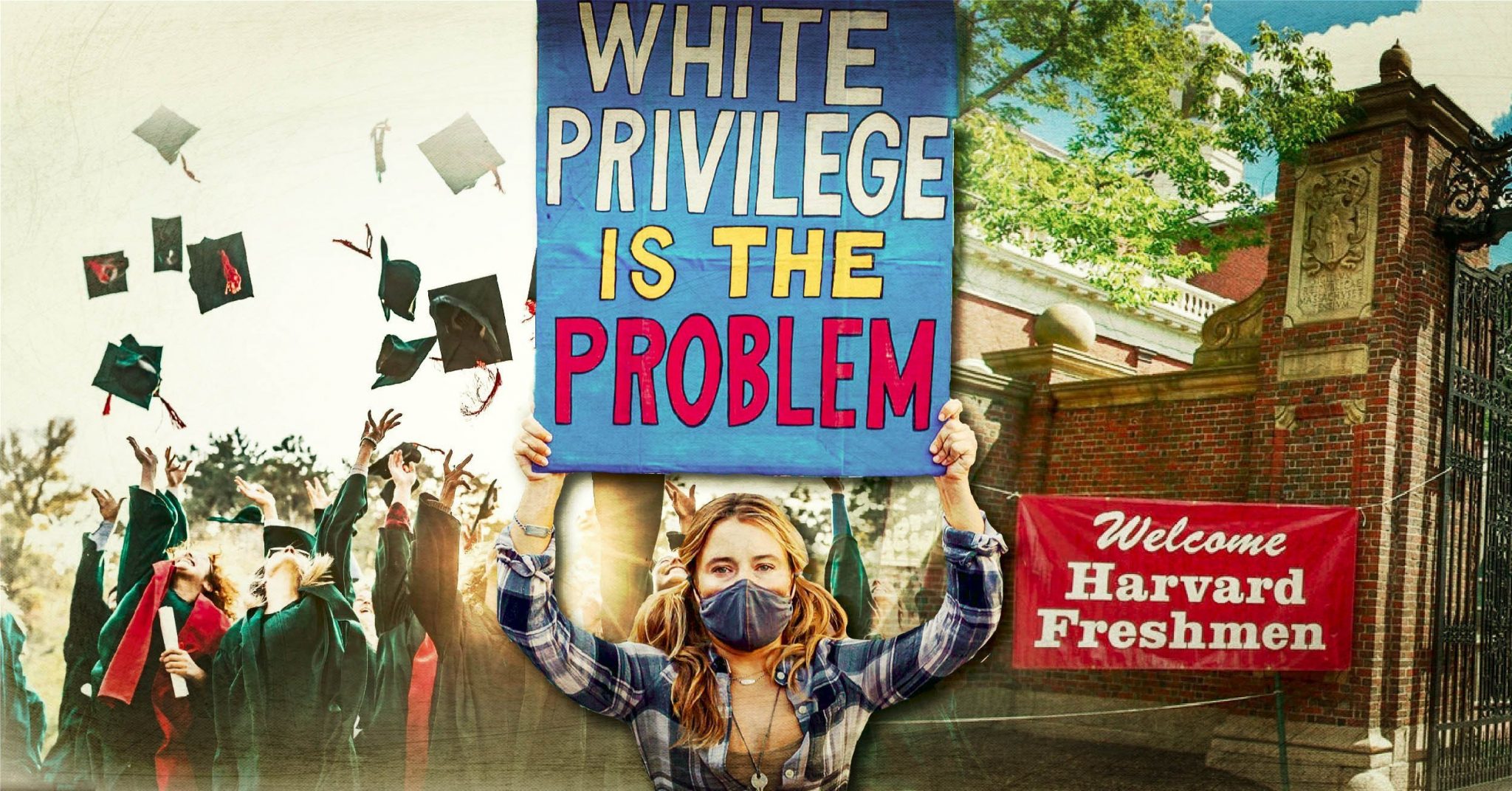 Still, the GOP is fighting back. Florida banned CRT from its schools and specifically excluded the anti-whiteâand historically flawedâ1619 Project from curricula. Florida Gov. Ron DeSantis dubbed CRT âstate-sanctioned racismâ and said it would only produce divisions [Florida bans critical race theory amid a wave of conservative backlash against the legal framework, by Erin Snodgrass, Insider, June 10, 2021]. Arkansas, Idaho, Oklahoma, and Tennessee have also banned CRT in schools. Similar bills await the governorâs signature in Iowa, Kentucky, New Hampshire, and Texas. Lawmakers in other states have also proposed measures to block this anti-white menace [The states taking steps to ban critical race theory, by Anuli Ononye and Jackson Walker, The Hill, June 9, 2021].

Republican legislators also want to take on CRT in government, particularly the military-industrial complex. They have demanded answers on mandatory diversity training at West Point and want to know why a Space Force commander was removed for criticizing CRT.

And itâs not just all talk from congressional Republicans. At least 30 support a bill to ban CRT from the military. Cotton proposed legislation to eliminate this practice from all military academies. Trump did ban it, but Biden rescinded Trumpâs order [Republicans announce federal bills to ‘restrict the spread’ of critical race theory, by Char Adams, NBC News, May 12, 2021].

All this is happening because the base is fighting back. turned it into a winning issue in school board elections. A conservative slate of candidates handily unseated a Woke school board in a Dallas suburb in April. The slate campaigned explicitly against the boardâs anti-white, anti-American diversity program.

Conservative journalist/activist Ryan Girdusky hopes to replicate this success around the country with his 1776 Project. The project, which appears to be well-funded and well-promoted, aims to replace CRT-supporting school board members with conservatives [New PAC Will Support School Board Candidates That Aim To Rid Public Schools Of Critical Race Theory, by Marlo Safi, Daily Caller, May 25, 2021].

GOP lawmakers see angry parents at school board meetings. They follow the social media chatter. Conservativism Inc. media focus on it because it is, in a positive sense, click bait. Readers love it. So the party is only responding to votersâa welcome change from their past treachery.

But, again, the Respectable Rightâs hesitations might undermine its strategy. Many Conservativism Inc. CRT critics shrink from acknowledging that it is simply anti-white racism. Thus reporter Christopher Rufo, as Revolver reported, has done âheroic workâ exposing CRT in schools, corporations, and government agencies. But Rufo and his ilk dance around its true nature.

Thatâs OK, if a bit too enmeshed in academic jargon. But confronted with its anti-whiteness, Rufo flinches. When Leftist Marc Lamont Hill befuddled him by asking what he liked about being white during an interview, Rufo stumbled, then tweeted this:

Critical race theory is explicitly anti-white … but it is also anti-Asian, anti-rational, and anti-democratic. I think it is [a] much deeper problemââanti-whitenessâ is merely one element.

Sure, critical race theory is explicitly anti-white (in the clip, I reference Ignatiev's campaign to "abolish the white race"), but it is also anti-Asian, anti-rational, and anti-democratic. I think it is much deeper problemâ"anti-whiteness" is merely one element.

Rufo essentially argued that race doesnât exist, a favorite of Conservatism, Inc. And along with many other cuckservatives, he promotes the cringe idea that CRT is bad because it harms non-whites.

That truth surfaced recently when an interracial couple became the face of a nationwide anti-CRT effort. The coupleâwhite husband, black wifeâclaimed the teachings concomitantly glorify and harm non-whites. âWe believe that it hurts our black and brown community that the message is: âYouâre a victim. You can never make it until we tear down all these systems and structures,ââ Martin Kokoszka, the white husband, told Fox News [Interracial couple says critical race theory âhurtsâ people of color, by David Meyer, New York Post, June 6, 2021].

But what about the message that whites are inherently evil? Apparently thatâs less harmful than telling blacks theyâre âvictims.â

Conservatives celebrated a similar message from a black mother in Florida. She too attacked CRT as racist toward blacks. â[T]elling my child or any child that they are in a permanent oppressed status in America because they are Black is racistâand saying that White people are automatically above me, my children, or any child is racist as well,â she told a school board [Black mother slams critical race theory at Florida school board meeting, by Sam Dorman, Fox News, June 11, 2021].

The Respectable Rightâs proposed alternatives to CRT leave much to be desired. Rufo in his May 6 New York Post article advocated a return to the principles of Martin Luther King, which is no solution at all. Martin Luther King would support CRT if he were alive. His crypto-Leftist movement was an ancestor to Black Lives Matter.

Many conservatives point to Trumpâs 1776 Commission as an alternative. Thatâs another dead-end. The 1776 Commission asserted that America is just an idea, that white Southerners invented minority identity politics, that America was founded by mere individuals and not a distinct people, and that Martin Luther King presents a blueprint for how to teach race.

Youâve heard that one a million times: Judge a man by the content â¦ blah, blah, blah. The 1776 Commission merely reprises 1990s liberalism. But thatâs pretty much all that Con Inc. can suggest [Trumpâs Cornball American History, by Robert Hampton, Counter-Currents, January 22, 2021].

The term Critical Race Theory itself is problematic. Leftist bureaucrats and educators can innocently say they only promote âdiversity and inclusion.â Defense Secretary Austin did just that in sparring with Cotton. Itâs only âdiversity training,â he said of the militaryâs anti-white programs. Those claims give the Left wiggle room to impose anti-white indoctrination. Weâre all supposed to love diversity, equity and inclusion.

Conservative critics could avoid these problems by calling CRT what it is, which would make obscuring what CRTâs promoters are doing in classrooms and boardrooms more difficult. The so-called training tells whites theyâre evil, and must check their privilege. Thatâs outright anti-white racism.

Itâs great to see Republican officials and conservative Establishment types being dragged into the fight against this menace, but they need to hit harder. Repeat after me: CRT isnât just racism; itâs anti-white racism.

And one more thing: Our schools must focus on the Historic American Nation and acknowledge who founded this countryânot peddle the platitudes about a philanderer, Communist sympathizer, and accomplice to rape.

The base is awakening to anti-white racism. All the GOP leadership must do is speak the monsterâs name.

William Pierce (And Me) on Racism
Robert S. Griffin
• 260 Comments • Reply
← THIS IS ANARCHO-TYRANNY: Biden Regime C...GOP (With Brave Exceptions Like Rep. Ma... →
Hide 10 CommentsLeave a Comment
"Base Dragging GOP, Conservatism Inc. Into Fight Against Critical Race TheoryâBut They Still Flinch from Calling It Anti-White Racism"
• 10 Comments
Commenters to Ignore
Commenters to ignore (one per line)

← THIS IS ANARCHO-TYRANNY: Biden Regime C...GOP (With Brave Exceptions Like Rep. Ma... →
Current Commenter
says:
Current Date at Time Now
Leave a Reply - Comments on articles more than two weeks old will be judged much more strictly on quality and tone
Cancel Reply
Commenting Disabled While in Translation Mode