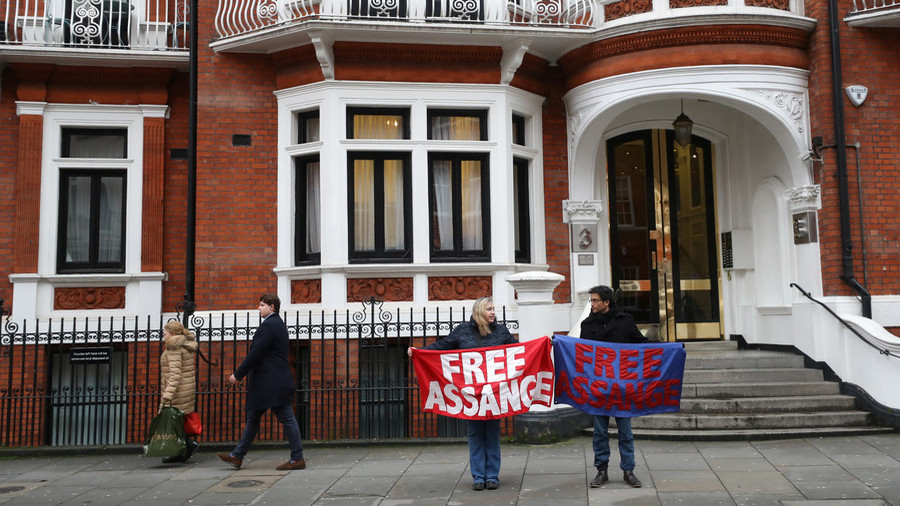 The Skripal saga and Ecuadorâs move to cut Julian Assangeâs internet is part of a wider crackdown on freedom of speech and states like Russia which have stood up to the West. It risks evolving into a real war, John Pilger told RT.

âThis is about a war on freedom of speech; this man is being denied the most basic right â freedom of speech. Itâs part of a wider war. The wider war is against known enemies, and Russia is one of them, China is another,â investigative journalist and documentary filmmaker John Pilger said.

Earlier this week, the Ecuadorian Embassy in London, where Assange has been holed up since 2012, cut off all communications for the WikiLeaks founder, blocking his internet access and not allowing any visitors. A source close to WikiLeaks told RT that Ecuador cut Assangeâs internet due to his tweet about the arrest of former Catalan leader Carlos Puigdemont in Germany.

Pilger argued that the way the Western media â instead of doing its job, blindly sided with the official narrative â framed the events in Salisbury is another instance in the same global propaganda effort. âItâs part of the propaganda war that the attack in Salisbury represents. Here we have Russian diplomats being expelled all over the world on the basis of no evidence.â

Former Russian double agent Sergei Skripal and his daughter were poisoned earlier in March and found unconscious in Salisbury. The UK government has blamed the attack on Russia, but Moscow denies the allegations, saying that no evidence has been presented to support the claim. Following calls from London, almost 30 states announced they would expel Russian diplomats over the case, prompting the Kremlin to announce tit-for-tat measures.

Pilger said Assange was castigated by the British government for merely saying it was âpoor diplomacyâ on the part of the UK to kick out Russian representatives with no independent confirmation of its rushed investigation.

He cited as an example an article written by the Guardianâs James Ball. The opinion piece by Ball says Assange âhas himself to blameâ for invoking Ecuadorâs ire, and he should âhold his hands up and leave the embassy.â

âThese are not journalists, because this is about the publicâs right to know and itâs the public right to know what the governments are doing. The second part of this war is about a real war. Weâve got the prospect of a real war unless this propaganda war is seen through,â Pilger said.

What made WikiLeaks and Assange the target of multiple attacks over the years is the commitment to true journalism.

âThe attack on him and WikiLeaks over the years is so important because it does what journalism should be doing and that is holding power to account.â ← The Killing of History
Current Commenter
says:
Current Date at Time Now
Leave a Reply - Comments on articles more than two weeks old will be judged much more strictly on quality and tone
Cancel Reply
Commenting Disabled While in Translation Mode

Subscribe to All John Pilger Comments via RSS
PastClassics