The exoneration of a wrongly incarcerated person due to the miscarriage of justice is a common trope in Hollywood movies and television dramas. In the real world, where there are several well-funded organizations full of zealous advocates dedicated to the cause of freeing the innocent, exonerations have always been rare. But this is beginning to change.

Cities overseen by George Sorosâfunded District Attorneys [How George Soros funded progressive âlegal arsonistâ DAs behind US crime surge, by Isabel Vincent, New York Post, December 16, 2021] are distinguishing themselves with unusual exoneration rates, including of convictsâoverwhelmingly black and Hispanicâimprisoned for serious crimes such as rape and murder.

Soros DAs such as Larry Krasner in Philadelphia, Kim Gardner in St. Louis, and the recently recalled Chesa Boudin of San Francisco have made exonerating convicts, who they perceive as victims of a âracistâ criminal justice system, a top priority [Krasner: Racism hides best in our beliefs about crime, by Larry Krasner, Philadelphia Tribune, November 23, 2020].

The idea that there are large swathes of black men sitting in prison for murders they did not commit is a fundamental assumption in the narrative constructed by the anti-incarceration âCriminal Justice Reformâ movement, and radical DAs often work to prove it is true. In St. Louis, Gardner founded a âConviction Integrity Unit (CIU)â [Defending The Conviction Integrity Unit In St. Louis, by Vaidya Gullapalli, TheAppeal.org, August 19, 2019], Krasner created an office with the same name, while Boudin established the âInnocence Commission,â which is run by an unabashed âracial justiceâ crusader named Lara Bazelon [Email her], who heads the University of San Franciscoâs âRacial Justice Clinic.â

Krasnerâs CIU office, the oldest of the three, has been freeing convicted murderers and rapists at historic rates that are unheard of elsewhere. According to data published by the Philadelphia District Attorneyâs Office, Krasnerâs CIU has so far exonerated 29 imprisoned men, 27 of whom are black [Exonerations – PhilaDAO Data Dashboard].

Philadelphiaâs exoneration rate is wildly anomalous. The city of Philadelphia, which holds fewer than 4,000 inmates in its correctional facilities, has exonerated more prisoners since Krasner took office in 2018 than several states with incarcerated populations many times larger, such as Arkansas (10), Alabama (28), Mississippi (21), and so on, during the entire 30-year period of 1989 to 2019.The trend even holds for states known for being deeply liberal, such as Colorado (10 exonerations), Connecticut (25), and Maryland (3) [Exonerations By State Report: Wrongful Conviction Statistics in the US, nealdavislaw.com, July 22, 2019].

Judges overseeing the suspiciously high number of criminal vindications in areas where progressive DAs are in power have expressed skepticism, and sometimes even dismay, at the methodologies used to secure these exonerations. Last year, Judge Rose Marie DeFino-Natasi called the Philadelphia CIUâs evidence purporting to prove the innocence of 31-year-old black man Jahmir Harris, who was freed from his murder sentence, âunsubstantiatedâ [Judge allows prosecutors to drop charges in 2012 slaying, AP News, March 13, 2021] while simultaneously accusing Krasnerâs aggressive activist lawyers of engaging in actions intended to âharass and influence the court.â

Ultimately, the Judge, who was convinced of Harrisâ guilt but threw out his original conviction over a procedural matter, ruled, in an exasperated opinion, that the court could not force Krasnerâs office to mount a new trial against the man.

Harris was released back into the street.

Not all courts have been enabling this behavior. Last year, the Missouri Supreme Court shot down an attempt by Gardnerâs CIU to free Lamar Johnson from his 1995 murder conviction. Gardnerâs office argued that her predecessors engaged in âprosecutorial misconductâ by creating financial incentives for eyewitnesses in Lamarâs case to show up to court and testify. The court was not convinced by the arguments presented and blocked Johnsonâs release [Missouri Supreme Court denies Lamar Johnson a new trial, by Rebecca Rivas, Missouri Independent, March 2, 2021].

The strategy used by these CIUs to vacate criminalsâ convictions is to put previous prosecutors under the microscope and then concede institutional misconduct. Such a concessionâoften involving accusations of racial bias, mishandling of evidence, and so onâcan tilt the scales heavily in favor of those seeking exoneration.

Another angle: to send CIU investigators to find witnesses who testified against relevant defendants and then secure a retraction.

Winning murder convictions in the black community is often a challenge due to the taboo against âsnitching,â a phenomenon that even the Department of Justice has acknowledged as a serious challenge . 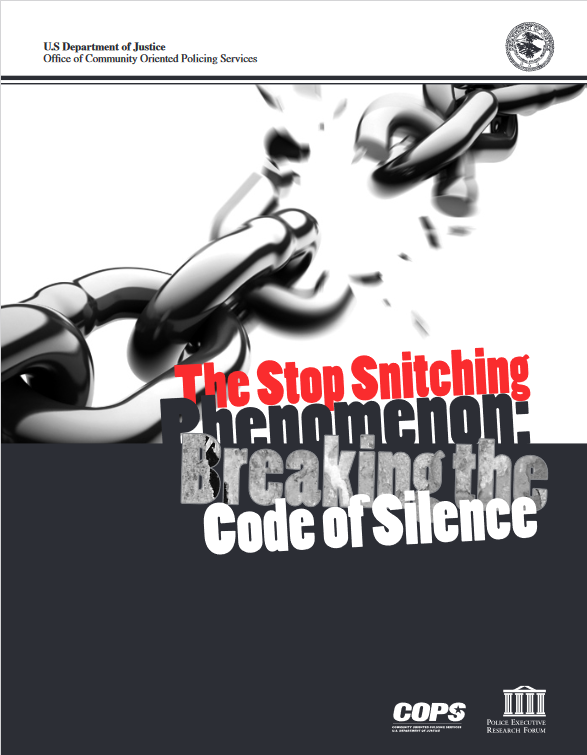 Typically, prosecutors dealing with these circumstances offer positive or negative incentives for black witnesses to testify. The most common is a plea bargain if the witness is also a criminal, which is often the case for people who witness gang shootings.

With exoneration investigations, which usually happen years after a conviction, black witnesses who previously testified in exchange for a plea deal no longer fear criminal repercussions and, if they were not personally affected by the convictâs actions, may retract their previous statements as a way to demonstrate black solidarity and default to the âstop snitchingâ rule.

The exoneration of the innocent is a universally supported value, and some who have benefited from the CIU program may be innocent. But the drastic gulf between exonerations in districts controlled by Soros-backed prosecutors and the national average suggests that many lawfully convicted and guilty rapists and murderers are going free.

Critics of dubious exonerations led by Krasner, Gardner and others have speculated that the prosecutors know the men they are releasing are guilty, but simply do not believe they should be serving life sentences without parole (R. Seth Williams: Krasner puts ideology over duty in pursuing phony innocence claims, BroadAndLiberty.com, June 7, 2022]. But state laws limit their ability to free individuals sentenced to life without parole early. In 2018, Krasner enthusiastically supported a bill by Pennsylvania State Senator Sharif Streets that would reform these state laws and calls for releasing older inmates serving life sentences. The bill makes groundless claims, such as stating that those over the age 50 sitting in prison for murder have âaged out of dangerous behaviorâ [Action Alert: Supporting #SB942 Empowers PA Parole Board to Make Right Decisions | by Philadelphia DAO | The Justice Wire | Medium).

Currently only 25% of homicides in the black community in Krasnerâs Philadelphia even lead to an arrest, despite the murder rate soaring [Crime Without Punishment: Homicide Clearance Rates Are Dropping In Philadelphia As Murder Rates SkyrocketâCBS Philly (cbslocal.com)]. The clearance rate is comparable in other cities such as Baltimore and St Louis that are led by prosecutors who approach crime with the philosophy that criminal justice is racist.

By treating concession of prosecutorial misconduct as a tool of activism for freeing guilty inmates they believe have spent enough time in prison, rogue law enforcement figures are exacerbating Americaâs serious crime problem. Who Got Rid of Chesa Boudin?
Chris Roberts
• 7 Comments • Reply Subscribe to All Enzo Porter Comments via RSS
PastClassics