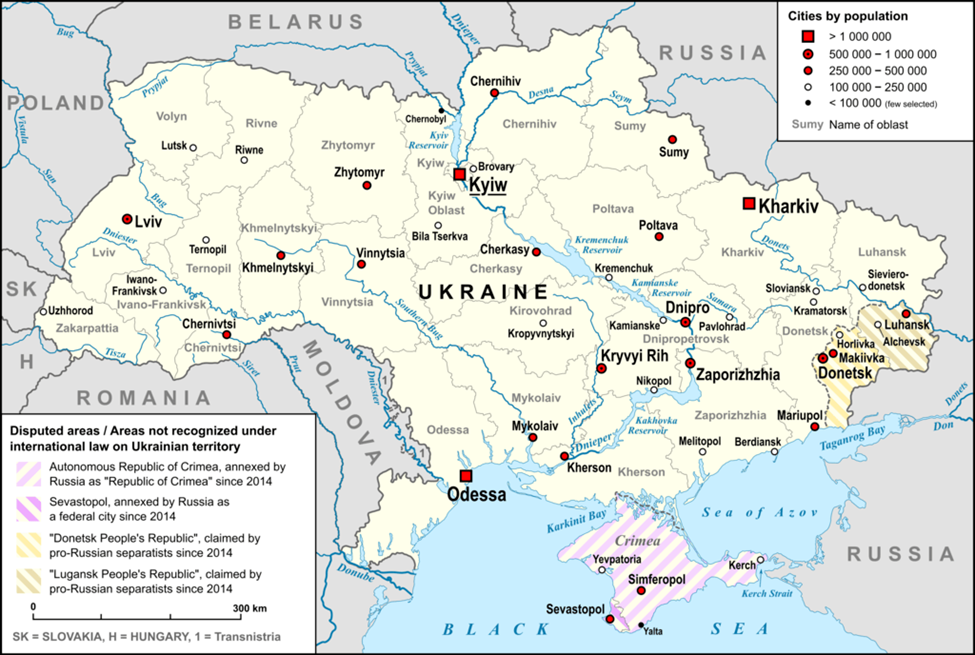 There is perhaps no better-informed military geostrategic authority on the war in Ukraine today than Swiss intelligence analyst, Jacques Baud (Colonel, Swiss Army, ret.). His long and exceptional experiences over the years in evaluating military intelligence and strategy for a variety of national and international agencies, in particular the geopolitics of Eastern Europe after the fall of Communism, have given him an enhanced and realistic insight into current events in that part of the world.

Recently, Amnesty Internationalâof all sources!âcame out with a critical report, largely ignored by the American and Western media, which documented the fact that Ukraine is actively engaged in terrorism and war crimes in its present conflict with Russia. One of the few Western media sources, Newsweek, quoted the report âthat the Ukrainian military’s tactics âviolate international humanitarian law and endanger civiliansâ by operating weapons out of bases established in residential areas while civilians are present.â That is exactly what some of us have been saying and charging for some time, especially in reference to the accusation of Russian âwar crimesâ in Mariupol and Bucha, to mention but two prominent examples.

Now, an international agency, not known for its rightwing or pro-Russian bias, has come out and admitted the very same thing: it is the policy of the Ukrainian government to use civilians as human shields, to place potentially rich military target in the midst of unprotected civilians, many of whom become hostages to the Ukrainian military. The objective, of course, is to inflame Western and American media and political types: âSee how evil and barbaric those Russians are!â goes the refrain. And that disinformation campaign has been fairly successful, if you watch most of Fox News (e.g., General Jack Keene, Brian Kilmeade, etc.) which is joined at the hip with the entirety of the hysterical (mostly leftwing) anti-Russian media, not to mention the Deep State cabal in Washington, which includes such deranged armchair warriors as Senators Lindsey Graham and Chuck Schumer.

Of course, Ukraine has attempted to push back against the report, employing it minions in the West and in the American media. But numerous analyses have surfaced, and, although ignored by our media, they confirm Amnesty Internationalâs study.

In his most recent analysis, Colonel Baud examines the issue of terrorism as employed as a military tactic, and largely on the part of the Ukrainian military and its violent militia groups, in the current conflict with Russia. In an interview with the journal, The Postil, he explores in detail that question, as well as other critical issuesâissues about which most Americans (and Western Europeans) have little reliable information.

There is a zealously pro-Ukrainian historical blackout framing Western media. It is openly admitted by Joe Biden and his Secretary of State Anthony Blinken and Secretary of Defense Lloyd Austin (since they visited Kiev back in late April, 2022) that the American strategy (and thus that of our NATO satraps) in Ukraine is âto bleed Russia dry, if it takes the death of every Ukrainian to do it.â In other words, Ukraine is a kind of âpiege de mort,â a death trap for the Russians to facilitate a radical change in Kremlin leadership, to install by whatever means possible a pliant government which will essentially take orders from the globalist cabal which seeks to implement âthe Great Reset.â

Colonel Baudâs interview is detailed, providing accurate and detailed information that most Westerners and Americans donât see or hear in our controlled media. His wide-ranging interview is fairly longâ9,000 wordsâbut well worth reading and pondering. The goal of our elites in Eastern Europe has nothing at all to do with âprotecting democracyââUkraine is the least democratic nation in all of Europe. It has everything to do with cementing globalist control, a unitary world where agencies like an empowered World Economic Forum (which Volodymyr Zelensky now pays homage to), the European Union, and a reconfigured and aggressive NATO, abroad, and an FBI and CIA, which have become our equivalents of the East German Stasi of Communist KGB secret police, domestically.

I pass on Colonel Baudâs interview below:

No, Putin Did Not Start the War in Ukraine
Mike Whitney
• 359 Comments • Reply Some of Us Don't Think the Russian Invasion Was "Aggression." Here's Why.
Mike Whitney
• 277 Comments • Reply
← The FBI Raid on Trumpâs Home at Mar-a...The Fundamental Ideological Question at... →
Hide 11 CommentsLeave a Comment
"American and NATO Disinformation and Lies Fuel Never Ending War In Ukraine"
• 11 Comments
Commenters to Ignore
Commenters to ignore (one per line)

← The FBI Raid on Trumpâs Home at Mar-a...The Fundamental Ideological Question at... →
Current Commenter
says:
Current Date at Time Now
Leave a Reply - Comments on articles more than two weeks old will be judged much more strictly on quality and tone
Cancel Reply
Commenting Disabled While in Translation Mode