Earlier, by James Fulford: The âChina Virusâ Came From China And Chinese People. AND IT’S OK TO SAY SO 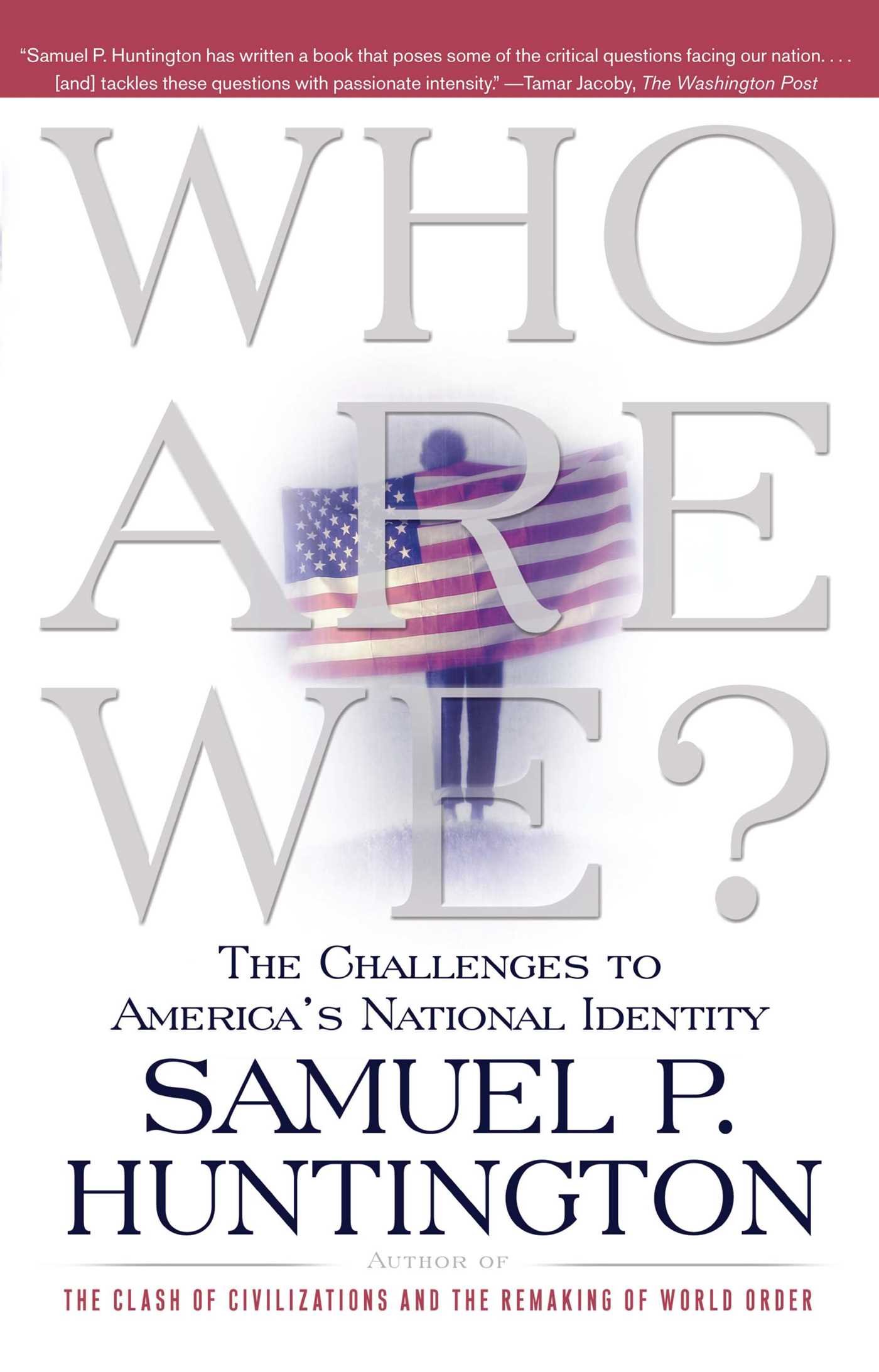 Always remember this simple truth: THE COVID-19 OUTBREAK IS THE PRODUCT OF GLOBALIZATION, MASS IMMIGRATION AND RAMPANT POLITICAL CORRECTNESS. The Main Stream Media/ Democrat complex is counting on the disease and resulting economic disruption to take down Donald J. Trumpâs presidency. But itâs actually shown why nationalism, and a realistic attitude to race, is more relevant than ever. What the U.S. needs going forward: economic self-sufficiency, an immigration moratorium, and a restored sense of national identity s o that its leaders can respond quickly in a crisis without the paralyzing fear of being called âracist.â

There is still much we donât know about the coronavirus, including the deeply controversial question about whether it was man-made, a product of Chinese dietary habits, or some completely unknown source [Chinese lab conducted extensive research on deadly bat viruses, but there is no evidence of accidental release, by Joby Warrick, Ellen Nakashima, Shane Harris, and Anna Fifield, Washington Post, April 30, 2020]. However, we do know that the Chinese government is refusing the World Health Organizationâs request for a joint investigation about where the virus came from [China refuses WHO requests to participate in coronavirus investigations: report, by J. Edward Moreno, The Hill, May 1, 2020].

Even The New York Times reported in early February that China ignored requests for help from both the CDC and the WHO âfor weeksâ [C.D.C. and W.H.O. Offers to Help China Have Been Ignored for Weeks, by Donald G. McNeil Jr. and Zolan Kanno-Youngs, The New York Times, February 7, 2020].

President Trump was right to defund this albatross. He should do the same with the United Nations.

While the MSM/ Democrats are bashing Trump now, they were lecturing Americans in late January and early February that it was racist to worry about a virus coming from China [Whoâs Right: Donald Trump or the Media?, by Gregory Hood, American Renaissance, April 3, 2020]. Remember the celebratory âreportorials â(editorials disguised as reporting) about countries, like Canada, that rejected a travel ban because âresearchâ said it wouldnât work [Research supports Canadaâs decision to reject a coronavirus travel ban, by Kelly Grant, The Globe and Mail, February 3, 2020]. Suddenly, now they do.

Looking back, itâs striking how similar all these stories about the initial outbreaks were. There were reports that it began with Chinese nationals, followed by stern lectures about why countries must remain open and why racism is the real problem.

Itâs almost as the MSM was working from a template:

It may be true that the coronavirus in hard-hit New York came from Europe, not directly from Asia as first reported. However, as Governor Andrew Cuomo said, the virus was already spreading âwildlyâ in Europe and âwe had left the back door open because the virus had left China by the time we did the China banâ [Cuomo: The Coronavirus That Came To New York âDid Not Come From China, It Came From Europe, by Ian Schwartz, RealClearPolitics, April 24, 2020]. 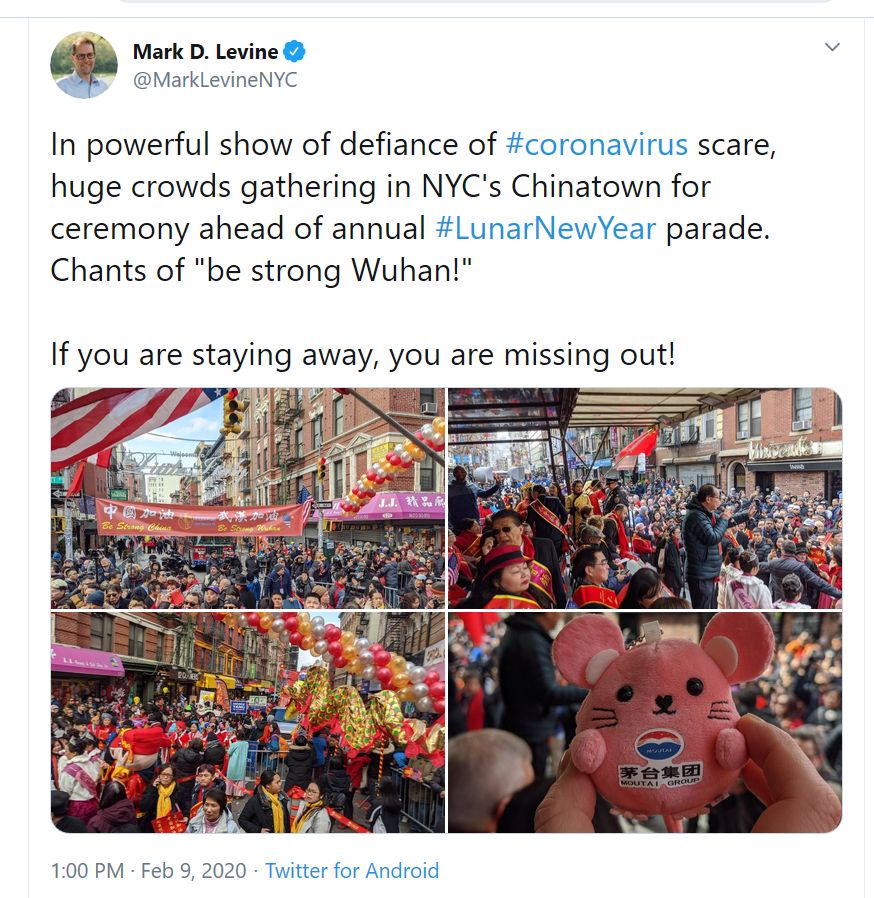 But in February, New Yorkâs Latina Health Commissioner, Dr. Oxiris Barbot [Tweet her] was saying those who âspread racist ideasâ about the coronavirus represented the greatest risk to New Yorkers and Mark [City leaders seek to allay fears of coronavirus in Chinatown, by Todd Maisel, AMNY.com, February 2, 2020] and Democrat Mark D. Levine [Tweet him] chairman of the New York City Councilâs health committee was celebrating New Yorkerâs defiance of the virus by visiting Chinatown to show they werenât afraid. 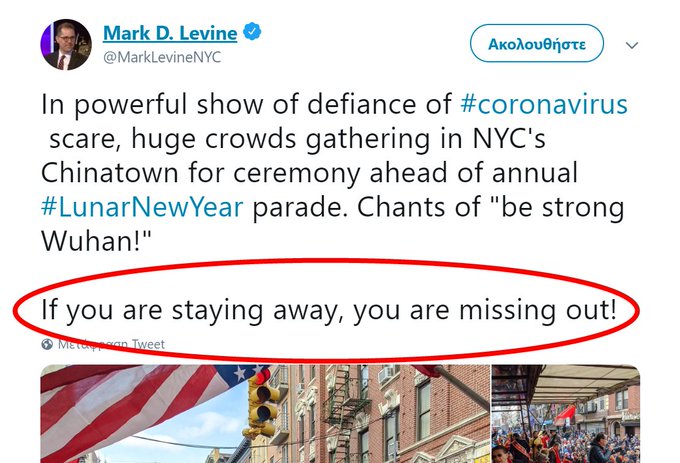 Why northern Italy? Because northern Italy has quietly become a Chinese colony as tens of thousands have immigrated there to work in illegal clothing factories. The first confirmed cases were Chinese tourists, but the larger problem was the vast Chinese diaspora community [Italy Confirms Two Cases of Coronavirus, by Julia Arciga, Daily Beast, January 30, 2020].

We donât know how much Chinese immigrants , exploited and crammed together in unhealthy conditions, helped spread the virus in northern Italy, because much of that immigration is illegal. But ironically, the Chinese diaspora in Italy may have awakened to the danger before the Italian government itself and started practicing social distancing after seeing the virus in action in China when they visited to celebrate the Chinese New Year [Coronavirus: why Prato, home to Italyâs biggest single Chinese community, is remarkably unscathed, Reuters, April 1, 2020]. (The same may be true in the U.S.)

In other words, even in the best case scenario, the virus was brought to Italy by Chinese nationals, was spread by an as yet unknown source in an area filled with many illegal Chinese immigrants, and the Chinese diaspora cracked down independently of actions taken by the Italian government.

At some point, an Italian man who had not traveled to China was infected and tested positive on February 20. The Atlantic called him âpatient one,â but he wasnât. The real âpatient oneâ was someone who must have had some contact with China because thatâs where the disease came from. He or she spread the disease, perhaps because he was asymptomatic. The mystery is how this man who had not traveled to China was infected, thus setting off the cascade of infections throughout Italy, which eventually hit New York and the East Coast [I canât stop thinking about patient one, by Rachel Donadio, The Atlantic, April 16, 2020].

However, because of the very nature of the Chinese diaspora in Italy, partially illegal, we may never know how that happened. There may have been a whole series of people carrying the infection, every one of which except the first were not Chinese or had never traveled to China.

What was the solution in this context? Obviously, a total travel ban for the duration of the crisisâand an immigration moratorium, at least temporary, to prevent such internal colonies developing in the first place.

Thus New Zealand Prime Minister Jacinda Ardern, whom no one could call a conservative, said on March 14 that everyone who entered the country had to isolate for two weeksââamong the toughest border restrictions in the world,â according to CNN [How New Zealand âeliminated Covid-19 after weeks of lockdown, by Julia Hollingsworth, April 28, 2020]. On March 19, Ardern âbanned foreigners from entering the country.â Note that it was only after she did restricted travel and immigration that there was a lockdown, on March 23.

Australia has also been successful. On February 1, conservative Australian Prime Minister Scott Morrisonâs government barred foreign travelers who had recently been in China. On March 19, Australiaâs government completely banned immigration for all non-citizens and non-residents.

In Australia too, it was only after travel and immigration were essentially banned that lockdowns were imposed [How did Australia flatten its coronavirus curve? Restrictions easing as infection rate continues to fall, by Nectar Gan, CNN, May 1, 2020].

Not surprisingly, China is unhappy with Prime Minister Morrisonâs call for an independent investigation into how the virus started in the Peopleâs Republic. China is threatening to use the economic weapon against Australiaâshowing again that the reliance on globalist economic policies makes a country weaker, not stronger [China warns Australia It Could Face Boycotts Over Call for an Independent Inquiry Into Coronavirus, by Rod McGuirk, Time, May 1, 2020]

In the U.S, of course, the MSM/ Democrat Complex denounced Trumpâs January 31 China travel ban as âracist,â apparently deterring him from stronger measures, and his proposed immigration moratorium was much watered-down by White House staff (for now).

Thus there are major lessons from this pandemic that most Democrats and Republicans donât want to hear:

When Jacinda Ardern is acting more like a nationalist than Donald Trump/ Javanka, we have a serious problem.

Itâs a problem President Trump is going to have to solve if, as he put it recently in his inimitable way, he doesnât want to âlose to f**ing Joe Bidenâ because he prioritized short-term stock market performance over long term national survival [Trump erupts over poll slump and threatens to sue campaign manager, by Kenya Evelyn, The Guardian, April 30, 2020].