If President Donald Trump âlosesâ the 2020 election, it will be two critical reasons: 1) white men did not support Donald Trump by the same margins as in 2016, (though we may need better data on this) [How voters shifted during four years of Trump, by Zachary Wolf, Curt Merrill, and Daniel Wolfe, CNN, November 4, 2020]; 2) political machines in cities like Philadelphia, Detroit, Atlanta, and other heavily black cities harvested enough votes for Joe Biden, Jared Kushnerâs âPlatinum Planâ notwithstanding. The Democratic Party has become the Black Party. To understand the implications, itâs important to read A Dissidentâs Guide To Blacks And Africa. 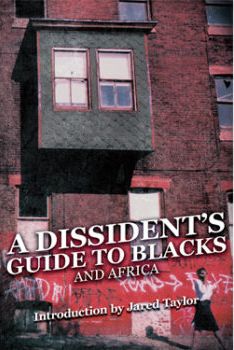 A Dissidentâs Guide is a compilation edited by American Renaissance founder Jared Taylor which explores the behavior of Africans, and, to borrow Malcolm Xâs phrase, Africans who happen to be in America. It also explains the creation of the racial narratives about âwhite guiltâ and âwhite privilegeâ which now guide government policy in what is still laughably considered the worldâs sole superpower. It is a warning that must be taken seriously to ensure the survival of this country, its historic identity, and what few liberties are left to us.

Editor Jared Taylor shows us that âWokeâ politics is not some recent invention. The black Communist W.E.B . Du Bois and his âbitternessâ provided some of the slogans youâll hear on any college campus today. âHe once wrote that Western Civilization was “built on black and brown and yellow suffering,â notes Taylor (though whether the âyellowsâ are still welcome in the Coalition of the Fringes is an open question). Du Bois also wrote a ditty that simply consisted of variations of the words âI hate themâ and a wish for divine power so he could end the white race. Du Bois, Taylor writes, is not now remembered for his support for Stalinism or Imperial Japan but âfor establishing the racial orthodoxy of white culpability.â

Several essays show that blacks truly think differently than whites. Establishing a common political or moral order may be impossible when many Africans seem incapable of grasping abstract concepts.

Essay after essay, example after example, study after study, A Dissidentâs Guide proves again and again that common creeds, institutions, or countries canât cope with the fact that blacks are simply different from whitesâand perhaps uniquely different from every other race. After all, according to New York Times 1619 Project Historian N. Hanna Jones (the self-styled âIda Bae Wellsâ), Hispanics may now be white. 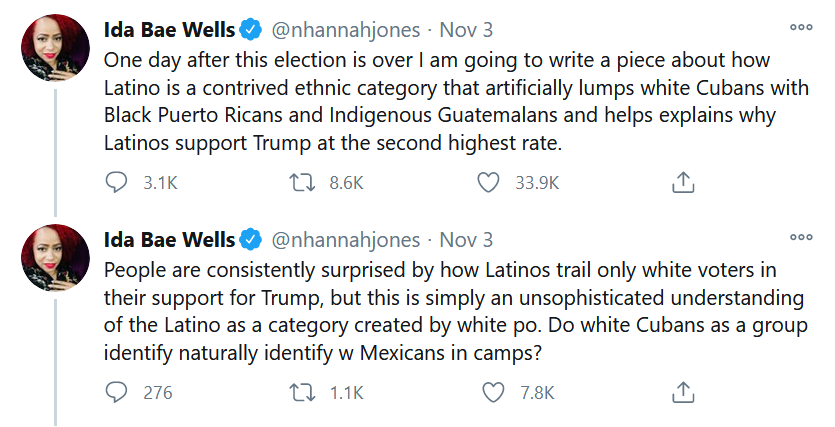 To my mind, perhaps the most important essay is Benjamin J. Ryanâs âThe Unknown Martin Luther King Jr.â King is the central figure of what Korean-American columnist Wesley Yang calls Americaâs âsuccessor-ideology,â the civic code (or, if you prefer, the state cult) that is replacing the American identity once defined by the Founding Fathers [MLK Is Post-White Americaâs Founding Father, by Gregory Hood, American Renaissance, January 22, 2020].

The real Martin Luther King Jr was a scoundrel, a hypocrite, a political extremist, and, bluntly, not very intelligent. These are the least damning charges. At worst, he assaulted women and he stood by, laughed and gave advice while one of his fellow âChristian leadersâ raped a female parishioner [The MLK Tapes: Secret FBI Recordings Accuse Martin Luther King Jr of Watching and Laughing as a Pastor Raped a Woman, by Jack Newman, American Renaissance, May 26, 2019].

The imaginary MLK that conservatives embrace every year was an American patriot who favored a âcolorblindâ country where everyone would be judged by the âcontent of their character.â This pseudo-minister would have failed such a test given his own conduct.

But more important politically is the fact that Martin Luther King Jr explicitly supported the racial redistribution of wealth, partnership with Communists, and anti-white racial discrimination a.k.a. Affirmative Action.

This so-called minister also couldnât really be called a Christian in any real way, given that he disputed âthe full divinity of Jesus, the Virgin Birth, and the Resurrection, suggesting that we âstrip them of their literal interpretation.ââ Perhaps he wasnât a hypocrite after all, given that he didnât have any sincere religious beliefs that would prevent him from constantly cheating on his wife.

This man is the foundation upon which both the mainstream Left and Right think we can build a meaningful âAmerican identity.â

Thus, we see Black Nationalismâs evolution from Du Bois, to Malcolm X, to Keith Ellison, with calls for pride and self-sufficiency transformed into demands for charity from clueless, rich white liberals.

Of course, no people can be defined by caricature. Taylorâs essay âWhat I Like About Black Peopleâ is far more charitable than what is expressed about whites any day at The New York Times. Essays from individual blacks on how they became race realists are poignant, even tragic. There is far more nuance about blacks in this âextremeâ book than there is about whites in so-called mainstream publications. After all, whatever the MSM may say about white advocates, they are not the ones blasting away in black neighborhoods or engaging in shootouts at funerals and nightclubs. Ordinary blacks, who deserve to live in functional communities with their basic rights guaranteed, are the ones paying the price.

Both working class blacks and white victims of black crimes are sacrifices on the altar of Diversity, martyrs to an absurd creed that enables our cultural and economic masters to maintain their control.

To echo Solzhenitsyn, we cannot live by lies. Pretending blacks and whites are the same is a lie. The more America and the world try to uphold this lie, the more force is required, the more freedoms are stripped away, and the more everyone suffers. We must take the world as it is, not as the way Martin Luther Kingâs plagiarized slogans pretend it is.

A Dissidentâs Guide to Blacks And Africa is a foundation for understanding racial reality that will become even clearer if Biden wins the Presidency and the Black Party returns to power.

Until we have a government that operates on reality rather than fantasies, Western Civilization will continue to decline until it reaches its final, inevitable extirpation.

Regime Takes Aim at White Advocates
Gregory Hood
• 242 Comments • Reply
← Philadelphia Shows Riots Are the New No...No Surrender! President Trump Should No... →
Hide 16 CommentsLeave a Comment
"A Guide to What A Biden/ Black Party Victory Will Mean for America"
• 16 Comments
Commenters to Ignore
Commenters to ignore (one per line)

← Philadelphia Shows Riots Are the New No...No Surrender! President Trump Should No... →
Current Commenter
says:
Current Date at Time Now
Leave a Reply - Comments on articles more than two weeks old will be judged much more strictly on quality and tone
Cancel Reply
Commenting Disabled While in Translation Mode