Jonathan Greenblatt, National Director and CEO of the Anti-Defamation League since 2015. Credit: Gage Skidmore, CC BY-SA 3.0
◄►Bookmark◄❌►▲ ▼Toggle AllToC▲▼Add to LibraryRemove from Library • BShow CommentNext New CommentNext New ReplyRead More
ReplyAgree/Disagree/Etc. More... This Commenter This Thread Hide Thread Display All Comments
AgreeDisagreeThanksLOLTroll
These buttons register your public Agreement, Disagreement, Thanks, LOL, or Troll with the selected comment. They are ONLY available to recent, frequent commenters who have saved their Name+Email using the 'Remember My Information' checkbox, and may also ONLY be used three times during any eight hour period.
Ignore Commenter Follow Commenter
Search Text Case Sensitive  Exact Words  Include Comments
List of Bookmarks

I’ve recently taken a bit of a break after three long months of writing in my American Pravda series, during which I finally got around to publishing many of the very surprising discoveries I had made over the last fifteen-odd years. That total came to more than 90,000 words of text, and required me to read or (mostly) reread some 40-50 books, so I was quite exhausted by the end of the cycle.

However, the results were quite encouraging, with my small series of articles generating nearly half a million pageviews of readership over that short period, while helping to drive our small webzine to record-setting traffic. Even more remarkably, those articles provoked nearly 13,000 comments, totaling an astonishing 1.8 million words of text. Indeed, the three most heavily-commented articles in our webzine’s history came from that group, as did five of our seven most widely-read pieces from the last six months.

Furthermore, several of these articles appear to have very strong “legs” and are still attracting enough readership to remain on the front page many weeks after they were first released, suggesting that they may end up accumulating remarkable aggregate traffic across the coming months and years.

Although all items in my American Pravda series have certainly been controversial, many of this group were especially so, with numerous observers noting that I had leaped four-square onto the deadliest “Third Rail” of journalist topics and some of them predicting that I would quickly be annihilated as a consequences of my foolhardy undertaking. I think the following is a reasonable list of these especially “touchy” pieces:

After the first and most innocuous of these pieces ran, an ultra-right-wing blogger quite unfriendly to me claimed that I had gone completely insane and for some bizarre reason had decided to commit immediate journalistic suicide by writing about such utterly forbidden topics. But that statement was made in early June and those reports of my demise seem rather premature.

Another right-winger bitterly hostile to my views said he was astonished that I had dared to publish the “Jewish Religion” article, and declared that if that piece didn’t immediately kill The Review, then absolutely nothing could. Ten weeks have now gone by, and I see no apparent need for any burial shroud.

Several much friendlier readers commended me for my remarkable bravery, but warned that I should prepare myself for one of the most ferocious onslaughts of attacks and denunciations in recent Internet history. Offhand, that might seem a very plausible prediction. After all, writers with far less visibility and readership have sometimes been fried to a crisp by a blast of vituperation for daring to cautiously mention even just one percent of the controversial claims I had boldly made in my columns. Yet almost no such attacks ensued, except from a couple of rather obscure and marginal quarters.

Surely the ADL ranks as the leading enforcer of silence on these sorts of forbidden issues, with Hollywood stars and powerful politicians trembling at merely a cross word from that fearsome organization. But their own silence over the last three months has been absolutely deafening, and without their apparent willingness to participate in any such attack, what other group or individual of any significance would dare to take the lead?

A very shrewd observation, widely misattributed to Voltaire, states that “To learn who rules over you, simply find out who you are not allowed to criticize.” Or put another way, individuals are reluctant to publicly challenge those whose power they fear. Certainly, this simple standard helps to explain many important aspects of America’s severely malfunctioning political system.

But suppose that same test were applied to the reaction of the ADL and its close allies toward this small series of articles, which have already been read nearly half a million times. What does such total silence indicate about the organization’s opinion on the relative power relationship they would face? I very much doubt that the ADL fears me in the least as an individual, but I do think they may be absolutely terrified of the many facts contained within the series of recent columns that I have now published, and such abject terror is what keeps them far, far away.

The easiest means of testing this hypothesis would for readers to bring these columns to the direct attention of the ADL and any journalists or activists who may be aligned with it. Perhaps the entire leadership of the ADL has merely been on an extended summer vacation, and remains unaware of the existence of this body of highly controversial material, which they normally would attack in such harsh terms. Surely, they would be grateful at an opportunity to begin earning their munificent salaries.

I don’t use Twitter myself, but I believe it’s very good means for passing along such information and links, and the ADL and its top leadership have several public Twitter addresses, as do their friends and allies. 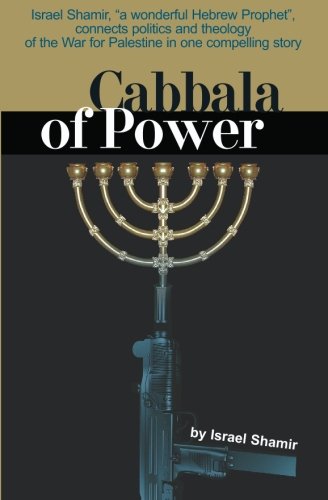 Meanwhile, I’ve recently spent some time reading a couple of the essay collections of Israel Shamir published in the mid-2000s. These had been sitting on my shelf for three or four years, and found the material extremely interesting.

I was very pleased to discover that he had come to so many conclusions quite similar to my own, though his analysis was usually derived from a vastly greater base of historical and personal knowledge rather than my own casual readings here and there. A portion of his articles from such years as 2005 and 2006 are conveniently available here, and provide a flavor of his views. 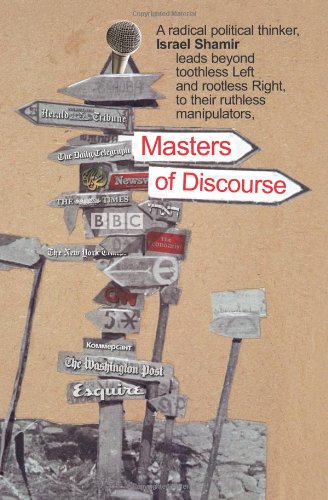 I first encountered his writings on Counterpunch a few years ago, and I remember the late Alex Cockburn once telling me that no other writer they published received such tremendous support from some of their readers but also such enormous hostility from others. Apparently, the latter group eventually triumphed, and his last column ran there just over three years ago, apparently making him one of the first of their regular contributors to fall in the ongoing purge.

Anyway, I’d strongly recommend his books, which so far at least have not yet been banned from Amazon.com.