For more than a year now, I’ve been publishing a series of articles and columns discussing the origins of the global Covid-19 epidemic and strongly arguing that the outbreak represented an American biowarfare attack against China (and Iran). Here are links to the three major articles, with the last appearing a week ago:

Days after my original April 2020 article ran, our website was suddenly banned from Facebook and all our pages were “disappeared” by Google. Despite these severe handicaps, my pieces have still attracted hundreds of thousands of pageviews and nearly 900,000 words of comments. Over the last year, a number of reasonably notable journalists and public intellectuals have sent me supportive or congratulatory private notes on this series, sometimes even saying that my analysis seemed quite persuasive. But given the extremely “touchy” nature of the accusation that the worldwide deaths of millions including many hundreds of thousands of Americans was probably due to the reckless and criminal actions of elements of our own government, virtually no mention of my analysis had ever appeared anywhere in either the mainstream or even the alternative media. My articles have obviously been very widely read, but almost no one has been willing to acknowledge their existence.

Even the one significant exception to this remarkable blackout underscores its existence. Kevin Barrett, host of the Truth Jihad podcast and a longtime promoter of numerous “conspiracy theories” wrote a column last year discussing my claims, which he generally endorsed. As a consequence of that advocacy, Barrett was attacked and vilified in a lengthy Atlantic Council report and a concurrent Associated Press article, which denounced him as a leading “super-spreader” of dangerous Covid-19 conspiracy-lunacy. The theory that Barrett was denounced for spreading was largely my own, so he had reasonably urged the journalist interviewing him to contact me directly, but that did not occur. No hint of my existence or writings may be found in either the massive 17,000 word, 54 page report or the corresponding news coverage, presumably because even merely ridiculing or attacking my analysis would bring it to wider attention, with potentially serious consequences if many readers noticed its persuasiveness. In the last few weeks, Barrett has interviewed me a couple of times on his podcast, with the shows conveniently available on our own website:

There are considerable ironies in this strange pattern of almost universal silence. Under my reconstruction, the biowarfare attack was very likely a rogue operation unauthorized by President Donald Trump, but probably orchestrated by some of the Deep State Neocons whom he had placed in charge of our national security policy, individuals associated with Secretary of State and former CIA Director Mike Pompeo and National Security Advisor John Bolton.

Over the last few years, liberals, leftists, and many moderates have vilified Trump and his appointees to an unprecedented extent, denouncing them as perhaps the worst and most dangerous American administration in our entire modern history. Yet while one of Trump’s crude or misogynist Tweets might provoke a paroxysm of intense outrage, all these critics have scrupulously averted their eyes from the very real evidence that the illegal actions of his underlings have now killed far more Americans than had died in all our foreign wars combined, while severely damaging our society.

Meanwhile, most of the rightwingers or populists who strongly supported Trump have always been deeply hostile to Pompeo, Bolton, and the numerous other Neocons whom he had elevated to top positions. These latter individuals would certainly be the prime suspects behind the biowarfare attack, and the subsequent domestic blowback, including our own local epidemic and the resulting lockdowns, helped ensure Trump’s reelection defeat. Therefore, one might expect that my accusations would strongly resonate in those pro-Trump, anti-Neocon circles, but instead the topic has been entirely ignored.

This situation recalls the complete media silence that had previously greeted the astonishing revelations of Pulitzer Prize winner Sydney Schanberg, a former top editor at the New York Times. His remarkable expose of our abandoned Vietnam War POWs and the subsequent cover-up orchestrated by the late Sen. John McCain has been ignored for decades by nearly our entire American media.

Fortunately, this existing wall of silence surrounding the origins of Covid-19 may finally be starting to crack. Nicholas Wade ranks as one of America’s premier science journalists, having spent more than four decades at the New York Times, Science, and Nature. Two weeks ago he produced an important 11,000 word analysis of the origins of Covid-19, which was soon republished in the Bulletin of the Atomic Scientists. Since the beginning of the pandemic, our establishment media has characterized the virus as natural and denounced as a “conspiracy theory” the suggestion that it was the product of a lab, but Wade has persuasively argued that the latter is actually far more likely, with the media having largely ignored or suppressed the true facts either for political reasons or due to lack of competence:

Given Wade’s journalistic stature and the strength and cogency of his arguments, major portions of the establishment media now seem to be rapidly reassessing their position on the issue, with some mainstream publications concluding that the notion so recently vilified as a “conspiracy theory” might quite possibly be correct. Trump and his political allies had previously been the loudest advocates of an artificial origin, pointing their finger of blame towards the Wuhan Institute of Virology, so his enforced departure from the political scene may have facilitated this revolution in the thinking of his bitter media enemies.

As a leading example, Donald G. McNeil, Jr., the forty-five year Times veteran who had spearheaded its Covid-19 coverage, has now published a long piece declaring that after reading Wade’s article and consulting the numerous sources cited, he has largely reversed his opinion on the origins of the virus. He and other mainstream journalists had previously spent the last year dismissing the lab-leak theory as “far right” lunacy, grouping it together with “Pizzagate, the Plandemic, Kung Flu, Q-Anon, Stop the Steal, and the January 6 Capitol invasion.” 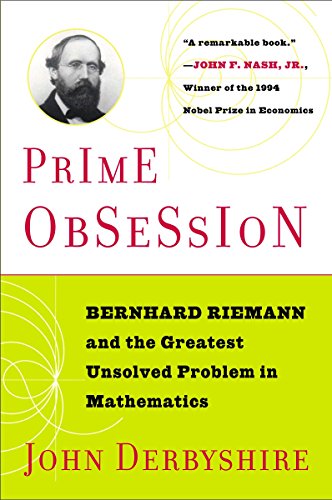 When one previously ridiculed “conspiracy theory” seems to be moving towards substantial acceptance, reasonable people may begin to take others much more seriously. As a direct consequence of Wade’s important breakthough, my own somewhat related hypothesis has now received its first significant coverage outside conspiratorial circles, being discussed in a VDare column by John Derbyshire, a former longtime National Review columnist and author of a couple of well-regarded books on the history of mathematics.

Quite appropriately, he focuses primarily upon Wade’s important analysis, but also includes a substantial and fully respectful mention of my own theories, representing an important step forward. After I republished that piece on my own website, it quickly attracted over 40,000 words of comments by readers, who noted the measured position taken. The first break in a wall of silence is always the most difficult and perhaps others will now explore my ideas as well, leading to an open public debate on this hugely important issue.

Indeed, just this morning an even larger break occurred as Lew Rockwell, the eponymous editor of one of America’s largest libertarian-oriented webzines, published a lead column endorsing my biowarfare hypothesis and excerpting large sections of my analysis.

Although the broader case I have made for my scenario runs many thousands of words and is presented across several articles, I think the most powerful components are contained in just a few paragraphs, which I have excerpted below. Those who find those 500 words sufficiently intriguing should then consider reading the much longer articles linked above, especially the two more recent ones: