The government is going to tax everyoneâs kids to pay for your retirement, so it doesnât particularly matter whether your kids feel like supporting you or not. Indeed, Social Security may be the biggest perverse incentive in history. For the previous few million years, your care and provision for your young determined their care and provision for you later. Two generations ago, FDR made everyoneâs own kids materially irrelevant to their later selves. Indeed, children became a liability instead of an asset. You will pay to raise them, but they will be taxed to pay for everyone elseâs retirement. The material winners are those who donât have kids, never drain themselves of the massive child-rearing investment and then get to retire on everyone elseâs kidsâ taxes. The suckers raise all the kids who then pay for the freeloadersâ retirements. This is an unexamined cause of the Great Antinatalism.

Back in the days before the Great Awokening, when our rulers would at least put up a logical pretense for why they had to screw us over, we were told immigration was necessary to prop up our old age retirement programs because American citizens weren’t having enough kids to support them on their own. In a world where social programs turn children into financial liabilities for all but the poorest Americans, it almost seems like anti-natalism isn’t an unintended consequence but rather the intention.

Though he does not mean to make my blood boil over the human misery the Covidians have inflicted upon us, Craig Nelsen’s comment makes me febrile. It need not be read through the lens I forced upon it to be worthwhile, though:

I heard something some time ago that had a big impact. A woman who had worked for something like 40 years in a hopeless cases hospiceâa place where people went to dieâwas asked what it was that the dying most regret. According to this woman, who knew human death as well as can be known to the living, said that, overwhelmingly, dying humans regret not maintaining relationships. They didnât regret not being more thrifty, or not making better career choices, or not being more spiritual, or not being more faithful to God, or not working harder, or not being kinder, or not spending more time in nature, or not doing more charity work, they regretted allowing those relationships theyâd had in life to disintegrate.

For relationships to disintegrate they must first exist. In this case the seen is bad–people unable to see friends and family–but the unseen–relationships that never come into existence in the first place because we’re all lepers now–is even worse.

AP on how the ramifications of the spirit of the democratic process being subverted in the 2020 election are more significant than is electoral fraud that may have transpired in the actual election process:

I doubt largescale cheating in the actual election process led to Trump losing (I agree with Karlinâs take); rather Trump lost unfairly through legal means such as media control and manipulation (i.e., shutting down the Hunter Biden scandal while constantly drumbeating about fake Russian collusion scandals, constant portrayals of Trump as an idiot and buffoon while scrubbing Bidenâs gaffes our of existence) combined with hijinks such as ballot harvesting, false poll results aiming to demoralise Trump supporters, etc. The actual vote was probably real.

The total propaganda campaign by the media and entertainment industries (popular actors, singers, trusted talk show hosts suburban women watch, athletes all joining forces to tell the people whom to vote for) probably explains why Republicans in general did better than Trump did specifically. Itâs a credit to the American people that about half of them voted for Trump despite the total media barrage.

Trumpâs personal background and biography unfortunately made him an easy target. Hopefully someone without such baggage but with a similar political programme will emerge in 2024.

Remember when Trump was accused of blatantly lying in the debates about how a vaccine would be ready by the end of the year? At least the merchants of mendacity in the media apologized for that especially egregious fake news whopper, right?

Charles Pewitt on whether or not a characteristically middle-brow cultural reference was intentional:

Yes. For each Spaniard marching with Cortez, there were ten Amerindians alongside him from tribes desperate to end the plundering and oppression they’d been subjected to at the hands of the Aztecs. Europeans weren’t more brutal or rapacious than the people they subjugated. To the contrary, they were generally less so. Who was the Aztec analogue of Bartolome de Las Casas? What European colonialists were able to do is to subjugate more effectively and at greater scale.

Young’s lyrics are laughably naive, about as naive as our response to Covid has been. But Cortez did bring about the death of the Aztec empire, even if not in the way he is conventionally understood to have done so, and Covid may do the same to the American empire. 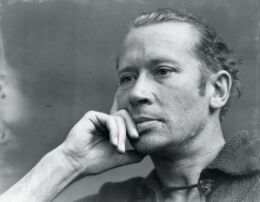 Save ListCancel
Endorsed Only
Trim Comments?
• Agree: RSDB
• Replies: @Supply and Demand
@CatdogPoorly armed compared to what, precisely? Cortes had metallurgy and arbalests, and a few arquebuses. They had rodeleros which could shatter obsidian blades. Toledo Rapiers that could pierce through wicker shields and impale their enemies with ease. They carried with them plague and the Catholic faith -- the first to sew the seeds of chaos and the second to secure redemption. When they landed they were the Space Marines of the 16th century. They fought accordingly.Replies: @Talha, @Catdog, @Curle
, @Talha
@Catdog

Pizarro conquered the entire Inca empire with a little over a hundred men.

If I recall, didnât Pizarro basically pull that off by inviting the emperor over with an unarmed entourage for a feast and then basically going full gangsta on them with cannons for dessert?