Imagine supporting the civil rights movement and all its ructions, affirmative action at the expense of your own posterity, an ever-expanding welfare state transferring an ever-increasing amount of resources from you and your posterity to them and theirs, the cultural poz, miscegenation in every other media ad, the stifling intellectual oppression of political correctness, the treating with reverence the vigilant sentinels who scan every thought, word and deed for signs of ‘hate’, a lower material standard of living, the retardation of technological progress, the reintroduction of atavistic diseases into first-world nations that had eradicated them, the drop in social capital as people everywhere in society hunker down–and for all your trouble, having this in the Oval Office as a nurse from Nigeria giggles as she watches you die:

Kamala Harris will be the Democrat nominee in 2020. How do Joe Biden or Bernie Sanders respond to this when it comes from her? If they challenge it–LOL!–they lose explicitly with primary voters. When they refuse to challenge it, opting instead to nod along and agree, they lose implicitly with those same voters. She’s a POC ascendancy champion. They, like Capuano and Crowley, are anachronisms–and they’re in the way. Sure, they should vote for someone like her, but they shouldn’t be sitting in the the seats of power that bend towards social justice!

Americans’ concern about the state of the U.S. economy is at its lowest level on record, according to a new survey that’s been tracking the issue for decades.

Gallup research this month found just 12 percent of Americans said an issue related to the economy is the most important problem facing the country. 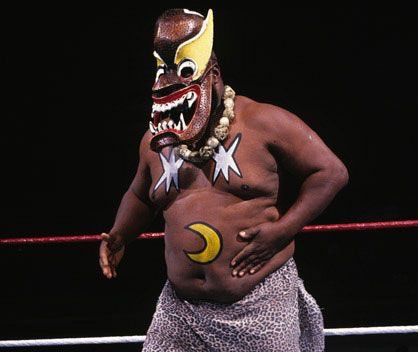 The various factions in the Coalition of the Fringes know that before fighting for supremacy amongst themselves they must first vanquish the enemy that unites them–straight white men and their allies, their wives–and as the clip above illustrates, no one on the national stage is better positioned to do this than Harris is.

The sex tapes won’t derail her. MeToo is about punishing putative perpetrators of sexual abuse and deifying the victims of it. Victim Harris doing what a powerful, older man tells her to do because he has the ability to take her career out at the knees if she refuses? Nope. Hell, they may even help her. The Treasury has made several changes to US currency over the last couple of decades to make US dollar bills difficult to counterfeit. That’s well and good as far as it goes, but the old bills are still in circulation. Those are the ones to counterfeit.

Well, the fuggernaught has stumbled onto a successful method of counterfeiting accusations against demographic enemies in the Roy Moore and Brett Kavanaugh cases. Fabricated sexual misconduct allegations that are recent as susceptible to all kinds of new technological innovations that make them disprovable (ie the Duke Lacrosse lie, the UVA rape hoax, etc). But old ones existing before the age of ubiquitous digital time stamps? Those are easy to lie about and almost impossible to positively refute.

Guilty until proven innocent, with no repercussions to the accuser even if the thing is mendacious slander from top to bottom.

Congressional Republicans should’ve laughed at the absurdity of this charge from the get-go, told the lady to take it up with the local police department of whatever city she finally decided it occurred in, and refused to waste anymore of the august body’s time with such tawdry gossip.

Instead, even if the Stupid Party wins this battle and Kavanaugh is confirmed, it’s a Pyrrhic victory of sorts, the only kind of victory cuckservatives ever win. The fuggernaught is the real winner here. It used the tactic with Roy Moore and it worked, they’re using it with Kavanaugh and it’s almost done the trick, and they’ll use it again and again in the future with varying degrees of success and no drawbacks.

They also win with it in the same way they’re winning with the never-ending Fake Russia Story. Yeah, the whole thing is laughably false, but it is having the effect of scaring people away from working for the Trump administration, and this new accuse-from-the-hip will scare people on the right more generally from wanting to do anything in an official capacity.

Parenthetically, the putative war on women is really a war on marriage. One of Steve Sailer’s many great insights over the years has been noting how the much talked about gender gap is reliably dwarfed by the much larger marriage gap.

So it is with the Kavanaugh calumny. The following graphs show firstly the percentages of respondents, by sex and marital status, who support Kavanaugh’s nomination with “don’t know” responses excluded, and secondly the gap in support by sex and then the gaps in support between married and never-married members of the same sex (N = 19,561):

The gap in support for Kavanaugh between married and never-married members of the same sex is more than twice as large as it is between men and women in general.

The imposition of same-sex marriage wasn’t just gratuitous leftism, it had a very precise and very predictable political purpose.

Save ListCancel
Endorsed Only
Trim Comments?
← Racial Distribution of 2008 and 2016 De...Blue State Bums →