Reuters-Ipsos conducted month-long poll asking respondents to choose one label from a list of twelve that most accurately described how they identified themselves. The breakdown, nationally (n = 9,124):

– “Conservative” is preferred by more people than “Republican” while “Democrat” is more than twice as popular as “Liberal”. I remember Alan Colmes complaining about the toxicity of the descriptor “liberal” when I used to watch cable news over a decade ago. Looks like the label has never been rehabilitated. Those on the mainstream right, meanwhile, still stinging from the neocon Republicanism of the Bush years, prefer the less partisan and more ideological choice as a way of evincing their purity. 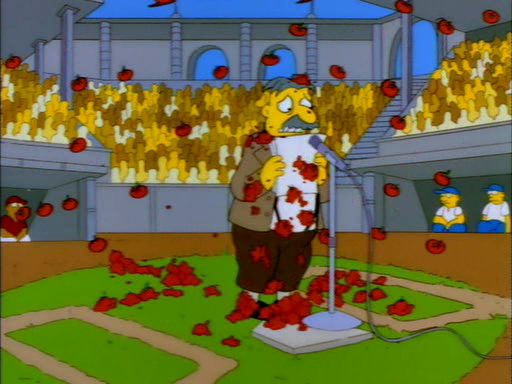 – That more than 1-in-25 consider themselves to be “Libertarian” suggests that there are about 10 million adults who identify thus. That’s higher than I would’ve expected, and probably higher than has been the case at any previous point in the last few decades (or, perhaps, ever).

And some additional remarks from playing around with the various cross-tabs:

– Speaking of libertarians, some 15% of white men earning over $150,000 per year (the highest income category available) self-describe as such. In contrast, a whopping 0.6% of Hispanics identify as “Libertarian”. A white Republican advocating open borders is politically self-defeating. A white Libertarian doing so is politically suicidal.

– 87.9% of those aged 65 or older (n = 1,953) predominately identify as “Conservative”, “Liberal”, “Republican”, or “Democrat”, compared to just 59.7% of those under the age of 30 (n = 1,965) selecting one of the big four. The traditional blanket labels are increasingly being spurned for more focused descriptors. In an atomizing Western world, (superficial) differentiation is relentless. Shared presuppositions are fast becoming a relic of the past.

– Only 0.9% of men consider themselves feminists first and foremost. If that figure (pleasantly) surprises you, it did me as well. There is resistance to the Gelding yet.

– Still, eternal vigilance is recommended. Feminism isn’t a moribund ‘movement’. It is, in fact, the top choice among female college students (n = 385):

Rounding out the top four among the nation’s nubile flowers are “Democrat”, “Liberal”, and “Environmentalist”. Learn Game and tame these termagants. Civilization depends on it.

– The buggers are even worse. Among those who are gay/lesbian/bisexual/other, three-fourths choose from “Democrat”, “Liberal”, “Feminist”, “Environmentalist”, and “Socialist” (n = 818):

– And blacks, reliably monolithic as they are, comprise the only group I came across where a single label earned an outright majority (n = 703):

(Republished from The Audacious Epigone by permission of author or representative)
← Rule Changes Will Have to be Made for A...Dollars Spent Per Vote Received in 2016... →
Subscribe to New Columns
Tweet
Reddit
Share
Share
Email
Print
More
• Tags: Education, Environment, Politics, Polling, Race, Reuters, Sex, Socialism
Recently from Author
Related Pieces by Author
Of Related Interest Hugo ChÃ¡vez Shuffles Off This Mortal Coil, But the Light of the Bolivarian Revolution He Ignited Will Endure Forever
Anatoly Karlin
• 2 Comments
← Rule Changes Will Have to be Made for A...Dollars Spent Per Vote Received in 2016... →
Hide 6 CommentsLeave a Comment
"Female College Students Prefer "Feminist" Political Label Over the Rest"
• 6 Comments
Commenters to Ignore
Commenters to ignore (one per line)

Save ListCancel
Endorsed Only
Trim Comments?
← Rule Changes Will Have to be Made for A...Dollars Spent Per Vote Received in 2016... →