++Addition++Is Agnostic’s last name is O’Brien? My thoughts are apparently contained within his, though he knows much beyond! He did a similar analysis of Maxim‘s hottest in ’06, of which I was totally unaware.

Interestingly, he found average height to be exactly the same as I did for the ’08 list, measured in tenths of an inch (about 1.5 inches taller than the broader US female population). He speculates on several reasons as to why that is the case, including longer legs (where most ‘extra’ height is distributed), a less corpulent appearance (high heels are an artificial way of going about this), height being tied to greater prevalence of male hormones that boost functionality in the competitive world of the celebrity, and as demonstrative of generally better health (which is what I’ve always assumed).

Agnostic also looked at race and hair color (and Nordic features more generally) in the ’06 crop. Among the top tier he finds Nordic features, including blond hair, to be lacking. In ’08, however, blue hair and blond eyes are much overrepresented among Maxim‘s white women than they are among American white women in general.

He points to Hispanic overrepresentation, but it is a bit misleading if thought about in racial terms. Without knowing the names, Cameron Diaz (blond hair, blue eyes, slightly yellow-tinted skin that would probably lead me to guess some East Asian ancestry before anything Latin American) and Christina Aguilera (also blonde hair, blue eyes) don’t look Hispanic. Daniella Alonso (who looks Filipino), Jordana Brewster, and Cinthia Moura don’t really, either. They could just as easily (actually straining less credulity to the guy seeing them for the first time) be from Spain, like Penelope Cruz is.

N/A points out that Maxim‘s list (to the extent that it is indicative) proxies for what American men, with minority influences from non-whites, find attractive, not just the ‘tastes’ of northwestern European-descended white men.

Peter corrects the non-heterosexual count by adding fallen angel Lindsey Lohan. It might be a dopey publicity stunt though, and probably wasn’t known when the list was compiled.

Maxim magazine just released its list of the 100 “hottest” females. The list is billed as being global in scope, but as the vast majority of its readers–and the women selected–hail from the Anglosphere (specifically the US, though the magazine is based in Great Britain), it provides a good indicator of what is attractive in the eyes of northwestern European-descended men.

One conceivable disadvantage in trying to gauge the demographic characteristics of sexual attractiveness by using such a list is that the women included are not obscure. Achieving some level of fame is a prerequisite to being considered for inclusion.

But much of that fame is garnered by attractiveness in the first place. And even though, undoubtedly, these are not the absolutely 100 most desirable women extant, there’s no reason to think that attractive women thus far passed over systematically differ from those who’ve been noticed. This is in contrast to gauging attractiveness from a list of porn stars who probably do systematically differ from the broader attractive population**. Girls identified early on for their physical appeal have little incentive to go in this vulgar direction. Only a small handful of those included in the list have been involved in pornography.

Further, the level of recognition is relative–these women are all accomplished in a popular sense, but they are by-and-large not the most familiar females in the public mind. Before doing the analysis, I was only at least vaguely familiar with one-quarter (25 of 100) of those who made the cut*. Admittedly, I’m not a consumer of much popular culture (I’ve never looked at an actual Maxim in my life), but just scoping out Yahoo news each day means I’m aware of far more than 25 female celebrities.**

The following table presents the data on characteristics that are determinable for everyone included. The percentages look a little goofy given a 100-person list, but Maxim had to do what creators of similar lists so often do by including a single entry that actually comprises five people (the Pussycat Dolls). So I drew upon my shallow knowledge of US history and counted each of these women as one-fifth of a person.

^Figures for height are estimated conservatively–when I found conflicting numbers, I averaged them when there were multiple estimates on the high end and fewer or just one on the low end, but disregarded lone high figures when the majority of sources reported the woman to be shorter.
^^Mixed-race women are split between the two-plus groups they belong to. So Alicia Keys adds .5% to both the black and white totals. Only ten (plus a couple of the PussyCat Dolls) of the 100 women included are mixed.
^^^ I didn’t include Christina Aguilera, Cameron Diaz, Fergie, Sofia Vergara, Paz Vega, or Penelope Cruz in the Hispanic category as they all appear to be (and look) quite European. Others, like Kat Von D and Eva Mendes, who look to be much more Spaniard than Indian, are counted as Hispanic. I’m comfortable that if anything, the 8.85% Hispanic figure is high. Perhaps “Amerindian” might be a better designation, which is more-or-less what comes to the minds of most when they see the term “Hispanic” anyhow.
~ In the case of hazel eyes, which tend to be brown nearer the pupil and become progressively more green as the distance from it increases, I went with what color (brown or green) seemed to dominate in photos of the women.
~~ Current, not necessarily natural, hair color. It’s a tough attribute since ‘hot’ women feel the need to be so capricious with their hair.

White women dominate, specifically women with Nordic features. The average height is about 1.5 inches taller than that of the US female population at large. Among whites, blond hair is significantly overrepresented. Blue eyes are as well, to a slightly lesser extent. A study from ’02 of Americans born between 1936 and 1951 found 33.8% had blue eyes, a significant decline from the 57.4% born at the beginning of the 20th Century who had them.

Presumably that proportion has come close to being cut in half yet again for those born in the US today, as more than half of newborns are non-whites. I’ve not been able to find anything confirming it explicitly, though epidemiologist Mark Grant puts it at about 17%. Sienna Miller (pictured nearby) captures this profile pretty well and probably comes the closest to encompassing all the attributes tending towards our conception of female beauty.

Multiple bios reported some Native American ancestry, but never traced any specific lineage. The list doesn’t contain much in the way of raised cheekbones or hooked noses, so I basically disregarded the presumably small contribution made by these women’s warrior ancestors.

Orthogonally, why hasn’t Clander done a post on how whiterpeople love claiming to be Native American due to a great-great-great grandfather who was half Cherokee? “Protecting the environment is in my blood.”

I’m surprised at the small number of Asian women represented. Two-thirds of Maxim‘s subscribers are college graduates, and the average annual household income of its readership is $65,000. This would, I presume, represent a segment of the white population that is predisposed to finding Asian women attractive. Might this have something to do with Asians (East Asians, anyway, which is where most white attraction for Asians is directed) floundering in the sphere of non-animated/computer-generated entertainment? 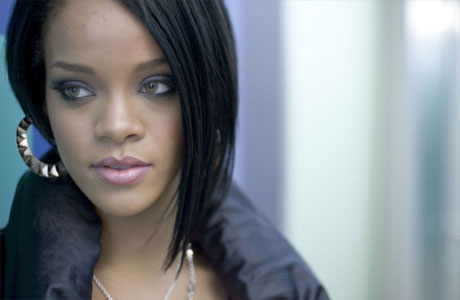 With the exception of Gabrielle Union, the black women included do not have prominent West African features. Caramel skin and European features (like Rihanna’s green eyes) are a plus. This confirms an analysis conducted by Inductivist Ron Guhname in the supermarket a few months back.

While a light complexion is desirable, red hair is not. Only a couple (three if Lindsey Lohan’s auburn hair is counted as red) of flaming Amarants are present.

The average age is higher than what the relentless scholar on girliness as it relates to budding men, Agnostic, renders peak age to be. He puts it between 22-24, and uses data from a ‘modeling’ agency to arrive at just under 23 years as the zenith. I suspect the age of the beholder factors in to some extent (although the most desirable age for the female will only increase at a small fraction of the rate of a man’s age as he gets older). The average Maxim subscriber is 27 (which more likely means something close to 27 years and six months), the average age of the women on the list.

It’s not included above, but places of origin are worth remarking on as well. Four-fifths were born in the US, and many of those born outside the US (almost all in the West) now live and work stateside. Of those, a full 20 were born in California, more than twice the number expected based on population distribution alone. Twelve were born in New York, similarly twice what population alone would predict. More attractive women in these states, or is it more the result of lots of media and modeling agencies based in these places? Texas, with eight, was also overrepresented.

Also, although manly men like to cackle about how they find lesbianism ‘hot’, the list seems devoid of lesbians. Tila Tequila and Nelly Furtado are bisexual, but I’m not aware of any of the other women being so (although it wasn’t looked for, so I may be off the mark here).

The data are here, via Swivel.

* I’m familiar with five of the eight black women (and three of the four ‘unmixed’ blacks). When you spend time in a place where the metro’s hip-hop station is constantly being played, it’s hard not to hear about black celebrities–the DJs talk about virtually nothing else.

** Some of the women, like Whitney Able, are virtually impossible to find any information on. The only source I found on her reported an age of 38, which strikes me as too old given her physical appearance. (I estimated her age to be 28–she was the only person that an age estimation was necessary for).