That people overwhelmingly think the general election candidate they support is going to be the one who wins the presidency raises some interesting questions, as Hypnotoad666 notes:

2. Do people think candidate X is objectively best and assume others have to be able to see this as well?

3. Do people think candidate X will win because once they start to like him they only seek out bias confirming information?

4. Do people think candidate X will win because in their peer group everyone else supports candidate X, so they canât imagine who could be voting for the other guy? (E.g., Pauline Kaelâs semi-apocryphal quote: “I canât believe Nixon won. I donât know anyone who voted for him.”)

It also sheds light on other aspects of American democracy, like why third parties are perpetually hopeless and why ‘momentum’ is a real thing.

Though the phenomenon doesn’t appear to be as strong* at the congressional level as it is at the presidential level, most people think they’ll be on the winning team, even when the odds say they’re wrong. Percentages, by partisan affiliation, who think Democrats will take control of the Senate in the 2020 elections (the current market probability of this happening is 30%): Percentages, by partisan affiliation, who think Republicans will take control of the House in the 2020 elections (the current market probability of this happening is also 30%): * Voters are more likely to vote outside of their party affiliation at the congressional level than they are at the presidential level, so the minority of Democrats who think Republicans will win and the minority of Republicans who think Democrats will win presumably comprise a not insubstantial number of each who will be voting against their parties at the congressional level in November. 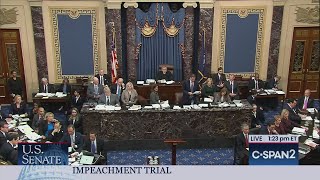