◄►Bookmark◄❌►▲ ▼Toggle AllToC▲▼Add to LibraryRemove from Library • BShow CommentNext New CommentNext New ReplyRead More
ReplyAgree/Disagree/Etc. More... This Commenter This Thread Hide Thread Display All Comments
AgreeDisagreeThanksLOLTroll
These buttons register your public Agreement, Disagreement, Thanks, LOL, or Troll with the selected comment. They are ONLY available to recent, frequent commenters who have saved their Name+Email using the 'Remember My Information' checkbox, and may also ONLY be used three times during any eight hour period.
Email Comment Ignore Commenter Follow Commenter
Search Text Case Sensitive  Exact Words  Include Comments
List of Bookmarks
The idea of a strong efficient-market has always been more academically entertained than actually believed, and whatever supporters it had have been hemorrhaging away over the last couple of decades. It is implausible on its faceâand it would be even without federal monetary policy scrambling market signals.
The intention isnât to puff myself up by knocking down a straw man, but the idea fails a simple test of logical consistency: If the market has already priced in all available information, I should be able to, while blindfolded, throw a dart at the wall to pick a stock and do just as well as if I gather as much relevant information as I am able to about potential buys ahead of my trade. Given this, due to the opportunity costs associated with spending time researching what I invest my money in, I am better off picking at random. But in the aggregate, myself and others like me choosing randomly inflates the valuation of the stocks we happen to pick at the expense of those we do not, indicating a market that is clearly operating at a sub-optimal level of efficiency.
← The Unnecessary Invasion?Trump's Enthusiasm Advantage → 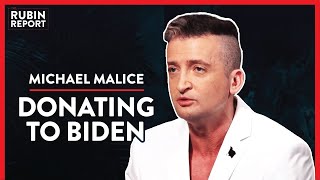