The gender pay gap is probably the single most risible widespread, popular myth in contemporary American culture, one that implodes on the first sign of scrutiny.

A non-exhaustive list of reasons that, on average, men tend to earn more than women do: 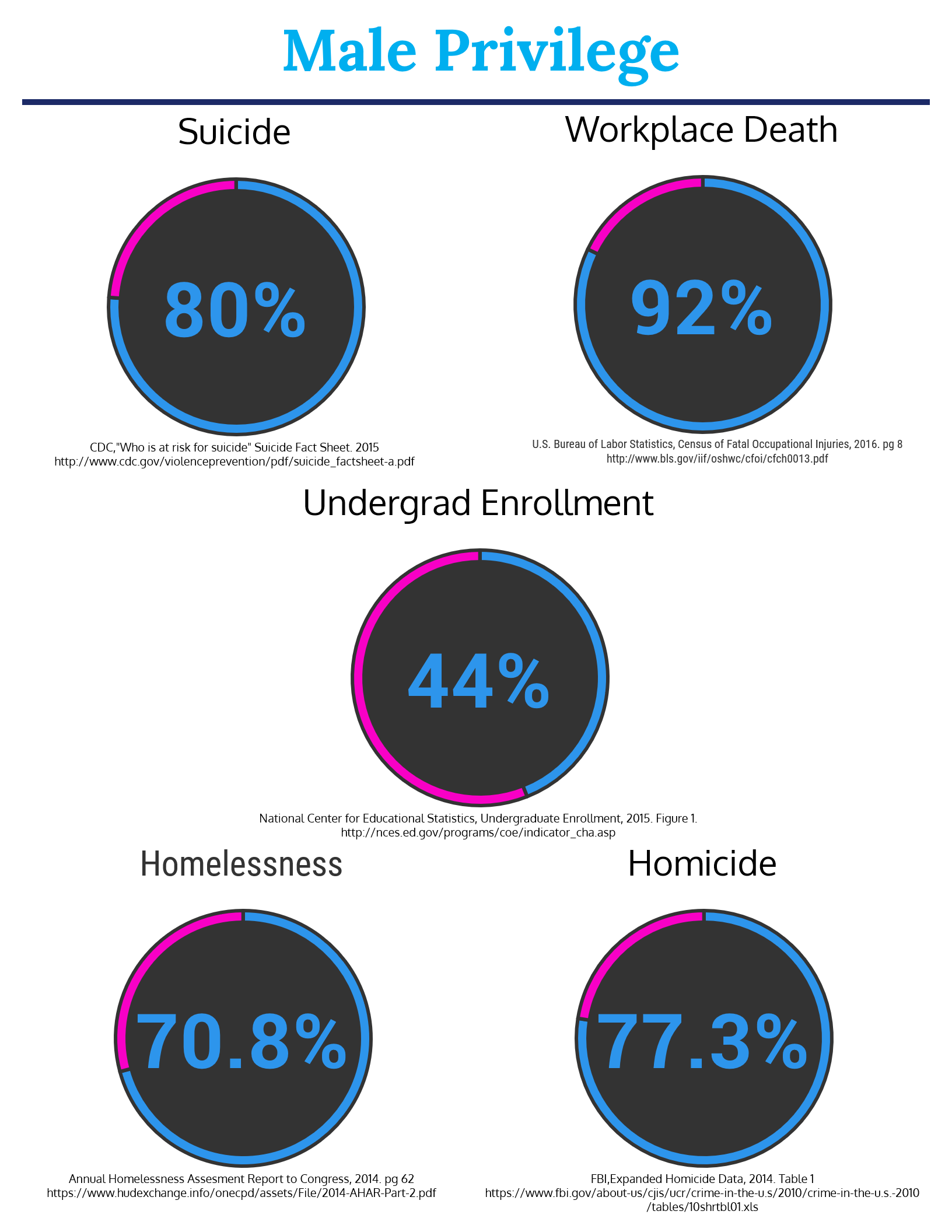 –which happens to men far more frequently than it does to women–requires a pay premium.

– Men, on average, have been with their current employers longer. Most organizations have tenure-based pay raises because experience is an asset while hiring, orientation, and training are costly .

– Men are more likely to work non-conventional schedules like weekends or overnights. These undesirable hours also require a pay premium.

– Men work longer hours and more overtime. Incredibly, the 77-cents-to-the-dollar assertion makes no adjustment for total hours worked. That is, the alleged 77% of a man’s pay that a woman gets isn’t an hourly figure, it’s an annual one. Just making the obvious adjustment for hours worked, to get a comparison by hourly rates, cuts the 23-cent gap in half.

If women doing the same work with the same efficacy as men were actually paid less, an easy way to crush the competition would be for a firm to fire all its men and hire women to replace them, thus realizing a 23% reduction in labor costs without changing anything else!

Perhaps Audi will take advantage of that? I wonder what percentage of this high-end, expertly-engineered automobile company is female. Surprisingly, the ad doesn’t tell us. If we drill down into the company’s website we can find it, though–14.2% as of the end of 2014.

From interracial relationships portrayed at any opportunity to every major corporation having its bugger logo ready to go the minute the supreme court blessed same-sex marriages, from celebrating the dispossession of America’s founding stock to denigrating natives and cheering on foreigners, the corporate world is a fully converged arm of the Cathedral.

Women are a more precious resource than men because sperm are cheaper than eggs. Healthy societies know this. Despite the efforts of companies like Audi, most people instinctively know it as well. It’s why we send men to fight in wars and why we put women and children in lifeboats first. A tribe coming out of a turf war with two men and 48 women remaining survives. A tribe coming out of the same conflict with 48 men and two women left alive does not.

Audi is in a position to lead here by embracing reality and refusing to apologize for it. Instead, they put out self-serving virtue-signalling like this stupid commercial as a means of providing cover for themselves so that entities like the EEOC will leave them alone in favor of harassing smaller, less well-connected companies whose pockets aren’t deep enough to pay the Diversity Tax.

Parenthetically, the line about grandpa being worth more than grandma is a bald-faced lie. Women control most of the private wealth in the country because men, in part from having lived more physically stressful and dangerous lives, die younger, leaving their widows with everything. Save ListCancel
Endorsed Only
Trim Comments?
← We Want Our Country BackBreitbart Is Third and Gaining →