Commenter iffen points to an interview at Nate Silver’s FiveThirtyEight of a white leftist advocating political dissolution. More graceful than I, the interviewee sticks to Czechoslavakia as a pacific illustration of how the US could go about it.

Parenthetically, the Soviet Union is not a model that would or could be emulated, but it is a stark example of how quickly things can change. If one of the two engines of the Cold War could break apart without setting the world on fire in the process, a much wealthier country with a tradition of federalism can soberly and democratically approach its own political dissolution.

The man being interviewed is no squishy moderate. He clearly despises heritage America and the deplorables who live there:

I live in heavy Trump country but know heâs an idiot, but even Trump haters wouldnât agree to break up the U.S. And certain areas (the South, the Midwest) would be horrible for minorities and destroy the environment. But itâs obvious the U.S. has run its course.

He subsequently asserts that Trump only won the presidential election due to voter suppression. In other words, even though he’s a loony leftist, he sees the rational case for a national breakup.

One of the top thousand sites in the US, owned by ABC, is positively profiling a white leftist who favors political dissolution. If the establishment is so terrified of a breakup, why do they give it a fairer hearing than they’d ever give someone as innocuous as Jordan Peterson or Charles Murray? The corporate media doesn’t discuss things it doesn’t like–it ignores them if it can and grossly mischaracterizes them if it cannot.

The reasons our white leftist gives will be familiar to readers here:

Weâre so polarized that the federal government doesnât really work. If itâs not working, then you might as well break it up before the point where the break is so bad that you end up with, say, a second Civil War, which I donât think would happen. But if you can alleviate the pressure earlier by saying, âThis isnât working, letâs break it up,â states could join together and form their own countries, and I think it would actually help in the sense that they would have to work together to keep economic prosperity going.

Americaâs always contained multitudes, like Walt Whitman said, that contradict each other, but itâs almost gotten to the point where thereâs no way to build bridges. People like to light them on fire. Thereâs really no empathy toward each other, and you need that to build bridges.

Texas discussed secession when Obama was elected. I think if Republicans keep winning elections with a minority vote, weâll see states like California discuss this.

Well, we know when Democrats win future elections, it will be with the minority vote!

With the exception of denigrating Trump supporters as bigoted racists and resigning himself to the putative poor treatment non-whites will receive in the Midwest, though–Minnesotans are so vicious, after all!–he isn’t hung up on the racial implications of dissolution. His default framework to navigate these hypotheticals is political rather than racial. That seems eminently reasonable to me.

FiveThirtyEight‘s interviewer wants to focus on race, though, so our guy does. Asked if it would constitute an “abdication of moral duty” if minorities ended up worse off after dissolution, he gives a response indicative of a genuine white leftist rather than merely a virtue-signaler NIMBYist:

I think youâre always taught when youâre younger that the U.S. is the good guy. But if you look through history and how weâve developed, itâs been the good guy to some people and the bad guy to others. Itâs a moral country when it benefits us.

Political dissolution will allow us to separate the good guys from the bad guys, see. And if we have sufficient lead time, the oppressed minorities in bad guy states can move to good guy states. Come to the SWPL side, we have welfare:

The best way to do it would be to self-sort a little bit, allow people to move to where they feel less threatened. I feel bad about it, but I feel like itâs going to happen one way or the other. Maybe if we can control the process a little it wonât be quite as bad.

Though the above involved a leftist who favors dissolution, there is a lot of concern that blue states wouldn’t let red states go. But we’ve seen California bleed middle American whites for decades. This hollowing out of the state’s middle class has turned a once red state reliably and progressively blue, yet there seems to be very little effort to stop the exodus. To the contrary, the attitude of most liberal and non-white Californians to their erstwhile neighbors is “don’t let the door hit you on the way out”.

If heritage America had stayed in California, leftists wouldn’t own it free and clear as they do now. By separating from the troglodytes, the state is now theirs. Why won’t blue staters everywhere salivate over the prospect of being to pull this off in an entire country of their own? 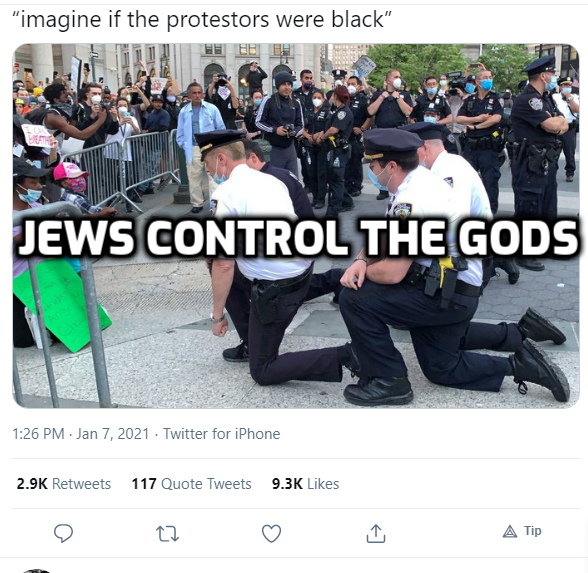