This, at least, is the result of an instructive poll carried out recently amongst Turks. 1. Erdogan’s popularity is at a relative low point. 3. 60% don’t think refugees will return home after the war, 71% think that they damage the economy, and 77% don’t want to give them citizenship.

So, in combination, this explains pretty much everything about recent events in Idlib and on the Greek-Turkish border.

Erdogan’s popularity is going down, so he needs to do something.

However, the Turkish public doesn’t want to get too deeply drawn into Syria. Which is logical, considering that Turkey is an upper-middle income sort-of-democracy with a conscript army. Tolerance for casualties is limited.

They can demonstratively hammer the SAA with drones, but getting drawn into a serious ground conflict with Syria (let alone Russia) over Idlib is not something they want to do. Hence blaming Syria for the deaths of the 30 odd Turkish soldiers, even though it was almost certainly Russia that was responsible.

However, the SAA’s operation to retake Idlib is undoubtedly creating – and will continue to create – tons of refugees.

Recall that Idlib is by far Syria’s most “oppositionist” province: Only 9% have a positive opinion of Assad (at least as of 2015). Even the provinces that fell to Islamic State were around 30%. Many of those people, such as foreign jihadists, are going to flee the SAA offensive regardless, e.g. the Uyghur terrorist families that have been colonizing ethnically cleansed Christian villages.

Second, the Syrians themselves have a cynical interest in bombing the hospitals and bakeries – for real, this time. To encourage all these people to leave.

But the Turks are extremely strained as it is – the refugee flows are already fundamentally reshaping their demographics, compressing into a decade a process that took several decades in Western Europe.

Some 395 Syrian babies are born each day in Turkey, said professor Murat Erdogan, head of the Migration and Integration Studies Center at the Turkish-German University in Istanbul, explaining how prominently refugees bear on the demographic equation. âIn 10 years, Turkeyâs demographics will be in the hands of the Syrians,â he told Al-Monitor.
âThere are 3.5 million registered Syrian refugees but the real number is higher than that. There are also around 1,000 Afghan and Iraqi refugees [illegally] crossing to Turkey from the southeast daily,â Erdogan said, adding that border control is still not thorough.
Stressing that the number of Syrian refugees has shot up to nearly 4 million from 58,000 at the break of the war in 2011, Erdogan predicts Turkey will have some 6 million Syrians in the next decade, making up at least 7.5% of the countryâs overall headcount.

So of course it’s reasonable for them to unload all this biomass onto the EU.

I’d be doing the same in their shoes.

← "Russia for Russians" to be Written Int...Never Forget the Almost 6 Million →
Follow @akarlin88

Are Russia and Turkey on a Collision Course?
The Saker
• 407 Comments • Reply
← "Russia for Russians" to be Written Int...Never Forget the Almost 6 Million →
Hide 56 CommentsLeave a Comment
"Turks Don't Want Idlib--or Refugees"
• 56 Comments
Commenters to Ignore
Commenters to ignore (one per line)

← "Russia for Russians" to be Written Int...Never Forget the Almost 6 Million →
Current Commenter
says:
Current Date at Time Now
Leave a Reply - Anon comments are not allowed.Â If you are new to my work, *start here*. If you liked this post, and want me to produce more such content, consider *donating*.
Cancel Reply

Marc Wathelet, a Virologist and Specialist in Coronaviruses and Respiratory Diseases Explains Why Asia Was Successful in Containing Covid-19 and Why the West Is Not
Paul Craig Roberts • March 30, 2020
• 3,300 Words • 14 Comments • Reply 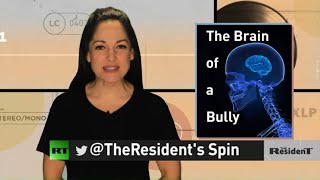